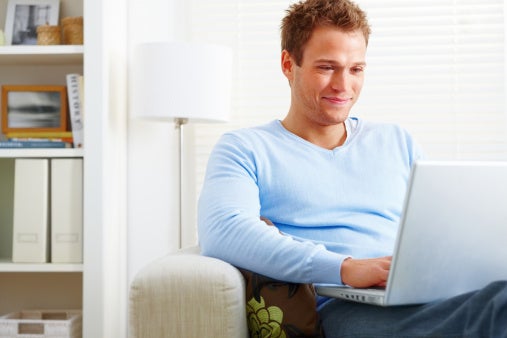 When a federal court ruled Ford Motor Co. was right to deny a disabled employee’s ADA accommodation request to telecommute, many employers were thrilled. But don’t pop any corks in celebration of the ruling that said “… regularly attending work on-site is essential to most jobs … “ just yet.

While the ruling certainly is good news to employers who fear being dragged into court for denying a disabled worker’s request to work from home under the ADA, it’s far from a green light to deny such requests.
In fact, all this case does with any certainty — despite the seemingly one-sided ruling — is show just how hard it is to prove that on-site attendance is an essential function of someone’s job, which is the case you’ll have to make in court to show a worker’s accommodation request to telecommute is unreasonable.

Issues with her request

To fully understand why this ruling isn’t all it’s cracked up to be, we have to go back to the beginning.
Jane Harris worked for Ford as a resale steel buyer. Her job was to act as the intermediary between steel suppliers and plants.
Harris also suffered from irritable bowel syndrome. Her symptoms caused her to repeatedly show up to work late, leave early and miss work entirely on many occasions. Her attendance issues got worse as time went on, and in the latter years of her employment, she consistently received low performance ratings and criticism.
Eventually, Harris claimed her condition made it impossible for her to drive or leave her desk without soiling herself. So she requested that she be allowed to work from home as many as four days per week.
Ford had a few problems with her request:

So Ford denied her telecommuting request, and she was eventually terminated for performance issues.

Harris took her case to the EEOC, which sued on her behalf, claiming Ford discriminated against her on the basis of her disability. The agency claimed Harris’ telecommuting request was reasonable and should’ve been granted.
Ford fought the suit and, originally, a district court sided with the automaker. It dismissed the EEOC’s case on summary judgment, ruling it shouldn’t go to trial.
But, on appeal, a three-judge panel of the Sixth Circuit court reversed the decision and said her case should go to trial. It said that as technology has advanced, so have remote work arrangements. As a result, the court said, “… attendance at the workplace can no longer be assumed to mean attendance at the employer’s physical location.“
This ruling sent shock waves through the employer community, as it seemed to suggest that telecommuting would be a reasonable accommodation under most work arrangements.

Shortly after the appeals court ruling, the full panel of Sixth Circuit judges agreed to vacate the decision and rehear the case en banc (meaning, in front of all the judges of the court).
In an 8-5 decision, the panel sided with Ford and dismissed the EEOC’s case on summary judgment.
It said Ford acted reasonably in denying Harris’ telecommuting request. While it acknowledged that there have been great advancements in technology, which could make telecommuting easier, those advancements didn’t prove that Harris’ job could be performed at home.
It said Harris only provided “unsupported testimony” that she could perform her job at home, and that wasn’t enough to create the “genuine dispute of fact” needed to send a case to trial.
The court also acknowledged that Harris’ poor performance ratings under the two-day telecommuting arrangement helped support Ford’s case that she couldn’t perform her job remotely.
But perhaps the most compelling statement the court made is this:

“We do not write on a clean slate. Much ink has been spilled establishing a general rule that, with few exceptions, ‘an employee who does not come to work cannot perform any of his job functions, essential or otherwise.’ … And for good reason: ‘most jobs require the kind of teamwork, personal interaction, and supervision that simply cannot be had in a home office situation.'”
“That general rule — that regularly attending work on-site is essential to most jobs, especially the interactive ones — aligns with the text of the ADA.”

That certainly seems to be a powerful statement — one that suggests it’ll now be easier for employers to make the argument that on-site attendance is an essential function of most jobs.
But pump the brakes.
There are two things employers should be careful not to overlook about this case:

Bottom line: It appears no matter the circumstance, it’s still going to be hard to prove that in-person attendance is an essential function of any job. So it’s going to be tough to defend denying disabled individuals the ability to telecommute on those grounds.

So if you’re an employer in Ford’s shoes — and want to be able to deny a person’s request to telecommute — what should you do?
The best advice we’ve come across is from labor and employment law attorney Eric. B. Meyer of the firm Dilworth Paxon LLP.
In his blog, The Employer Handbook, Meyer suggests employers: