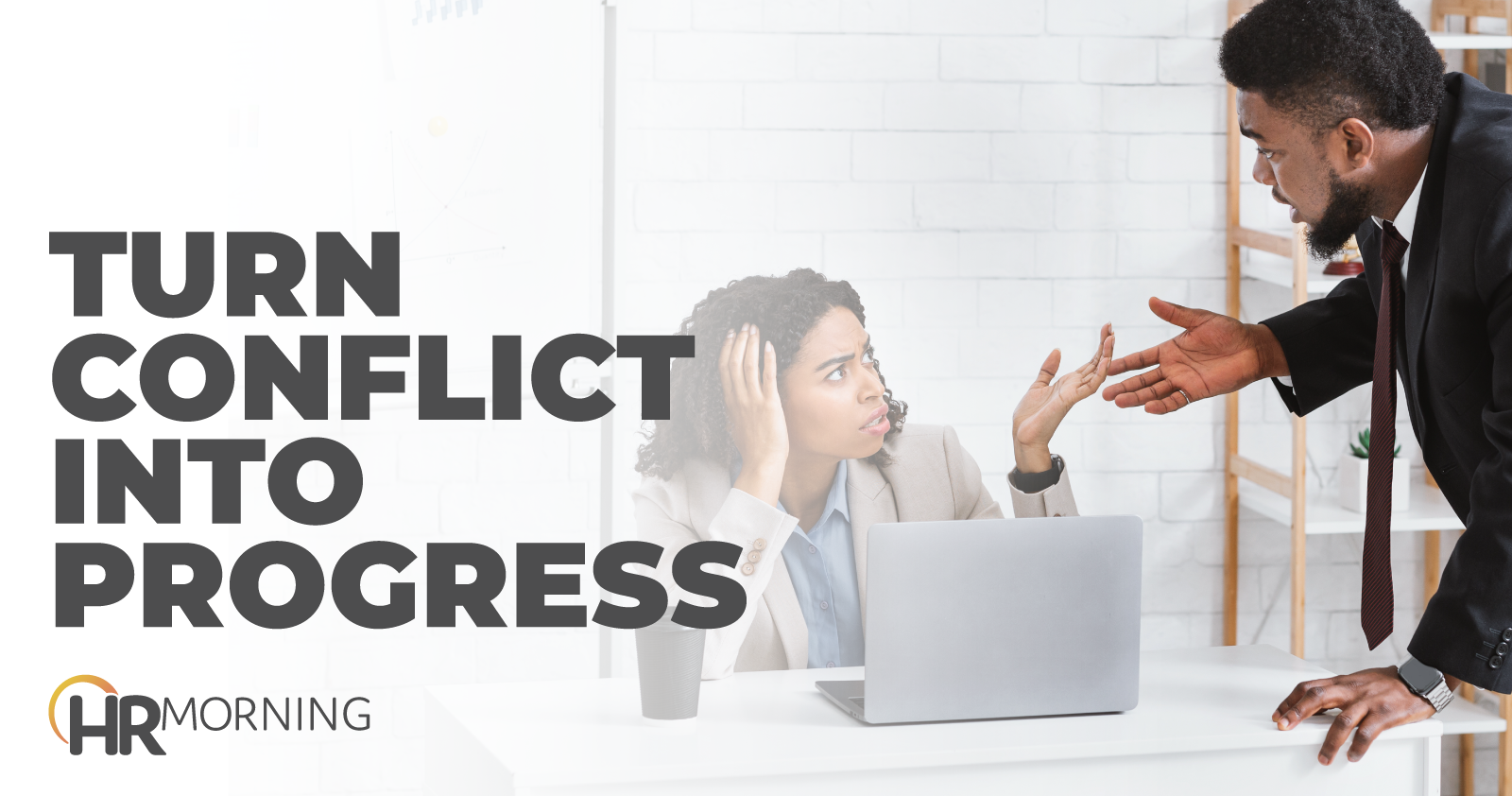 Arguments are inevitable. So rather than avoid them, why not make them productive arguments?

Conflict often spurs creativity and better ideas. Yet in the workplace, leaders often try to curb conflict and stop arguments in the pursuit of civility.

The researchers uncovered five principles to better arguments. Essentially, these are the keys to having productive discussions where opinions differ but positive results occur.

Use these techniques and guide employees toward them when disagreements arise.

Better arguments cover needs, culture and context of the specific situation. Those are easier to establish and stick to in a formal, argument-prone place such as meetings.

For arguments that begin organically – on the assembly line or down the hall – leaders might have to step in and give direction.

To get this right, share what’s known by everyone about the issue (context), its impact on those involved (culture) and anticipated result (needs).

For instance, if Sales and Marketing argue over dropped leads, you’ll want to share data on leads and how those affected the bottom line. Make the need (converting more leads) the focal point.

Take winning off the table

Many arguments come in high stake contexts. (In the above case, decreasing dropped leads to increase sales affects the bottom line and almost everyone in the company.)

So better arguments can’t be about one side winning, another losing.

Arguments should be made for the greater good, not to defeat others.

“When we take winning off the table, we preserve space to speak and listen, creating relationships that can build connections (and) support better decision-making,” the researchers say.

Better arguments happen when people connect personally and prepare to listen. Invite people to “be human first,” by sharing a story, not just an opinion, about how the issue impacts them.

As productive arguments evolve, you can continue to connect people and confirm they’re listening to each other by asking, “What is something someone else said that you appreciate?” and “How has others’ thinking connected to, extended or challenged your own?”

This could be the most important element to better arguments. Everyone needs to be open, honest and vulnerable when speaking and listening.

Before you start a potentially volatile conversation – or when you pause one in action – try a “contracting exercise.”

Ask people to silently fill in blanks, “When I think about this difficult subject, I feel _____ because ____.”

You’ll hear words like, “angry,” “excited,” “invisible” or “frustrated.” Then say, “Given these powerful emotions, what do we need to do to feel secure in the conversation?”

Be ready to transform

When all is said and done, get everyone to reflect on the experience and what was accomplished. Prompt responses by filling these blanks, “I came in thinking _____.” I’m leaving thinking ____.”