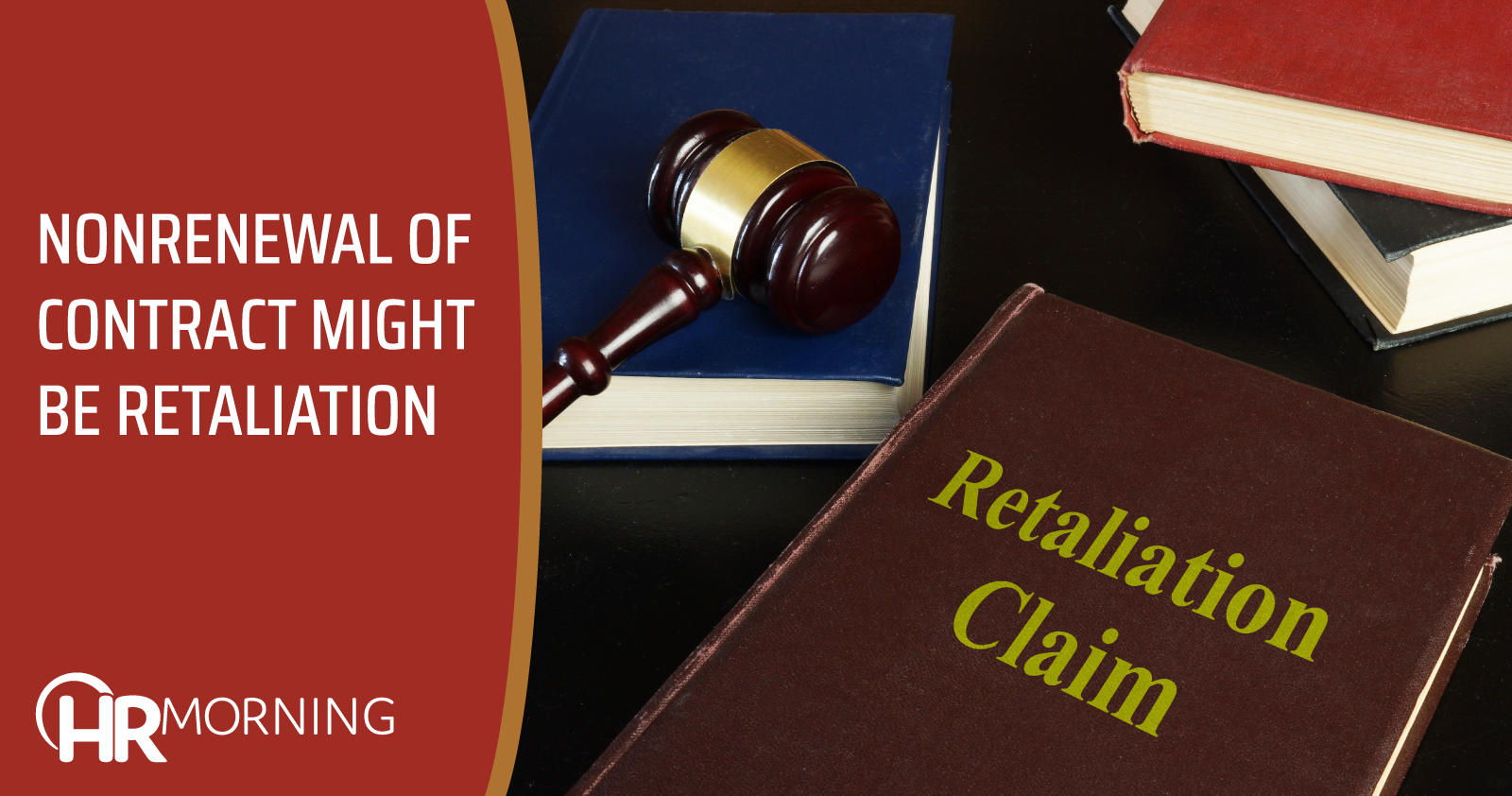 Did you know that retaliation claims can challenge a broader range of employer conduct than claims of discrimination? A new ruling from a federal appeals court demonstrates the point.

The Ninth Circuit Court of Appeals (which covers Alaska, Arizona, California, Guam and Hawaii) ruled that a college employee could proceed with a retaliation claim within its jurisdiction based on the nonrenewal of his employment contract – even though the contract did not have any renewal provisions.

Understanding the breadth of the law’s prohibition of retaliation is an important key to avoiding liability for employers.

In 2006, Bennett MacIntyre began working for Carroll College, which is located in Montana, as a community living director. He later became an associate athletics director. He also served as the school’s golf coach, for which he initially received a stipend.

Was it unlawful retaliation?

MacIntyre also alleged workplace harassment, hostile work environment and discrimination, although the court’s ruling does not provide details relating to the substance of those allegations.

A month later, an interim director of athletics gave MacIntyre a performance review that assigned him the lowest possible score in each category that was evaluated.

MacIntyre responded by filing a formal grievance that alleged discrimination and hostile work environment. That led to a settlement agreement whereby the school agreed to remove the negative review from MacIntyre’s file and pay him $15,000. In addition, it agreed to hire him as a full-time golf coach under a two-year contract of employment. The contract ran from July 2016 through the end of June of 2018, and it did not include any renewal provisions.

The school said it was a “one-time” contract, but MacIntyre said he expected it to be renewed.

The school also said the nonrenewal was motivated by budgetary reasons, but MacIntyre pointed out that the school raised the track coach’s salary at around the same time.

In June of 2018, MacIntyre filed another grievance. This time, he said the school retaliated against him for complaining about Title IX violations by declining to renew his contract of employment. The school retained a consultant to investigate, and the consultant did not find any violation.

MacIntyre then sued the college, alleging unlawful retaliation. A lower court ruled against him, finding that he could not win because the nonrenewal of the contract was not an adverse action. MacIntyre proceeded to file an appeal.

The appeals court explained that to win on his claim of retaliation, MacIntyre had to show that the school took what the law calls an “adverse action” against him because he engaged in protected activity.

The lower court focused on the adverse action requirement, so the appeals court did the same.

It explained that in the context of retaliation, an adverse action is one that “well might” dissuade a reasonable person from making or supporting a charge of discrimination. It pointed out that as a result, retaliation claims can be brought against a “much broader range of employer conduct” than allegations of discrimination.

It gave examples of other employer conduct that can be an adverse action, including:

The nonrenewal of an employment contract is similarly likely to deter someone from reporting discrimination, the appeals court said. It is common sense to say an employee might be dissuaded from reporting a problem if they know their contract will not be renewed as a result, it added.

MacIntyre satisfied his duty to make a preliminary case with his allegations, the court decided.

It sent the case back to the lower court to address the school’s other arguments, including that the budgetary cuts were the true motivation for the nonrenewal decision.

What it means — and what to do

Though this suit was filed under Title IX, the decisive issue in this ruling is in no way limited to the context of education. Instead, the issue of whether a job action is sufficiently “adverse” arises with some frequency both in retaliation and discrimination suits. Employers who proceed without realizing the breadth of actions that can support a retaliation claim are treading a dangerous path.

Tip: To deflect a claim that a contract nonrenewal was an adverse job action, employers can include specific language in term employment contracts saying that renewal is neither contemplated nor guaranteed. As the court observed in this case, “nonrenewal … might not reasonably deter someone from reporting discrimination where the evidence shows that the parties neither expected nor desired a renewal.”