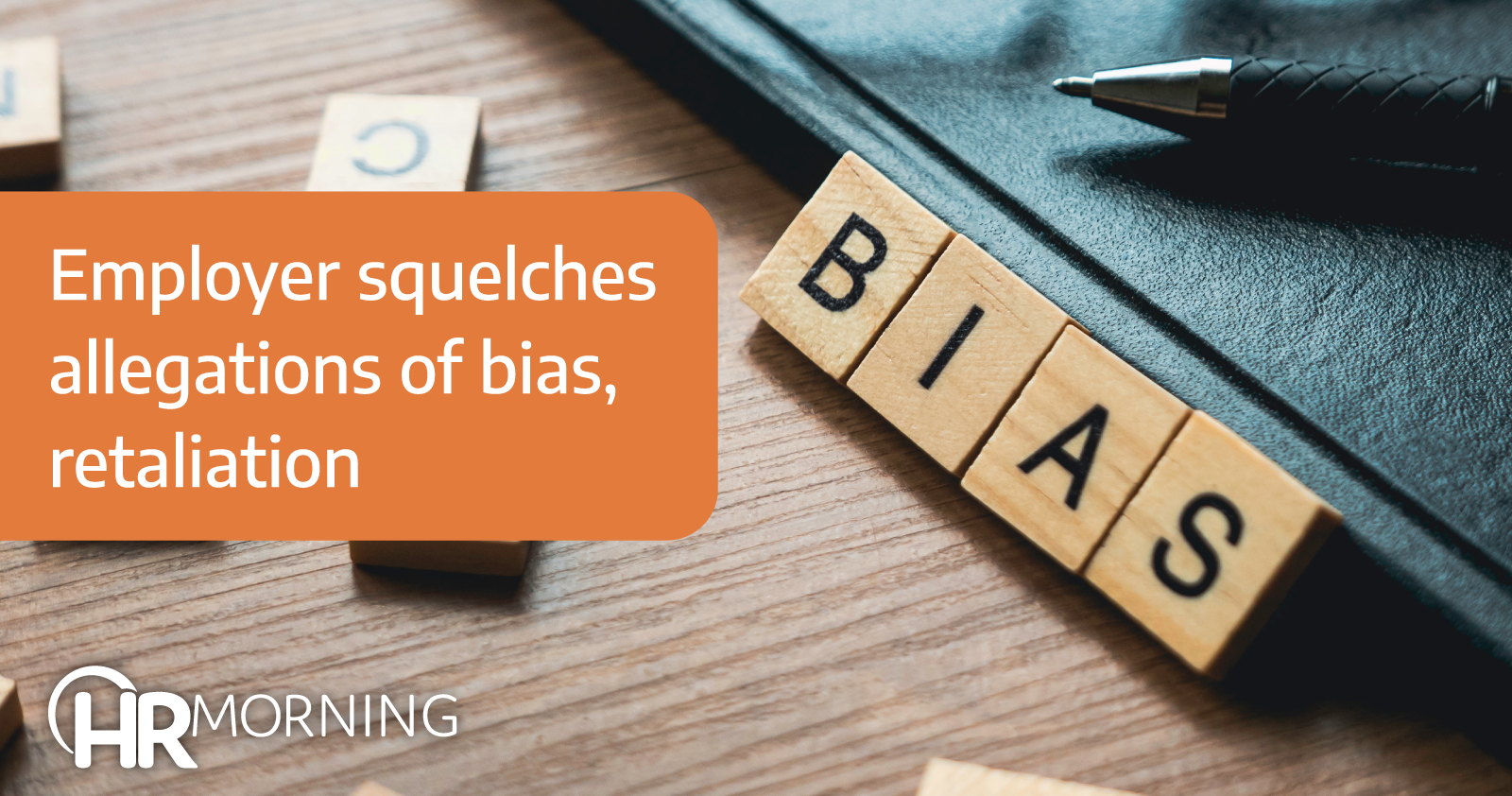 A new ruling from a federal appeals court provides important insight for employers and HR pros on how to successfully defend employee claims of bias or retaliation.

And while the case involves a state-specific law called the Washington Law Against Discrimination, its lessons apply equally to claims filed under other similar state laws as well as those filed under the federal law known as Title VII.

In other words, it holds valuable lessons for most employers.

The suit was filed on behalf of Jon Crossland, who worked in a sales position for a company called WideOrbit, Inc.

It alleged a violation of Washington’s statutory ban on discrimination in employment, which makes it unlawful for an employer to take any adverse action against a person who is between the ages of 40 and 70 on the basis of their age, according to the court’s ruling.

Under the law, an “adverse action” essentially is any significant negative job action, such as termination, demotion, or suspension. Some job actions, such as lateral transfers, can present closer questions as to whether the action was really “adverse.” This is an important concept to keep in mind because an employee cannot win a discrimination claim without showing an adverse action. In this case, the issue of whether the challenged job action was “adverse” did not arise because Crossland said he was unlawfully terminated – which is the quintessential example of an adverse job action.

The suit, which was filed by the personal representative for the estate of the now-deceased Crossland, alleged that WideOrbit violated the state law by terminating Crossland based on his advanced age. It further alleged that the employer violated the same law by unlawfully retaliating against the employee. More specifically, it said WideOrbit terminated Crossland’s employment because he contested two allegedly discriminatory job actions.

The court’s ruling does not provide further details relating to the hardhat presentation.

A lower court ruled in favor of WideOrbit on the bias and retaliation claims, and the personal representative appealed to the Ninth Circuit Court of Appeals.

On appeal, the court first explained that to win, the personal representative had to make a very basic showing on Crossland’s behalf: that he was doing satisfactory work at the time of his separation from employment.

But she did not meet this basic requirement, the court decided. Instead, the record was clear that Crossland did not meet his sales quotas in both 2016 and 2017. Further, the record showed that he sometimes missed sales quotas badly. In fact, in the first half of 2018, he attained $30,000 in new sales when his quota was $8 million.

The representative argued that Crossland performed well with respect to renewals. But the evidence showed that WideOrbit defined success in terms of new sales, and Crossland fell far short in this area.

And as to the alleged hardhat incident, the court said that the representative did not show, as she was required to do, that the incident created a hostile job environment. It was isolated, the court noted, and there was no claim that it directly impacted Crossland’s work.

Based on all of these findings, the Ninth Circuit appeals court affirmed the lower court’s ruling in favor of the employer.