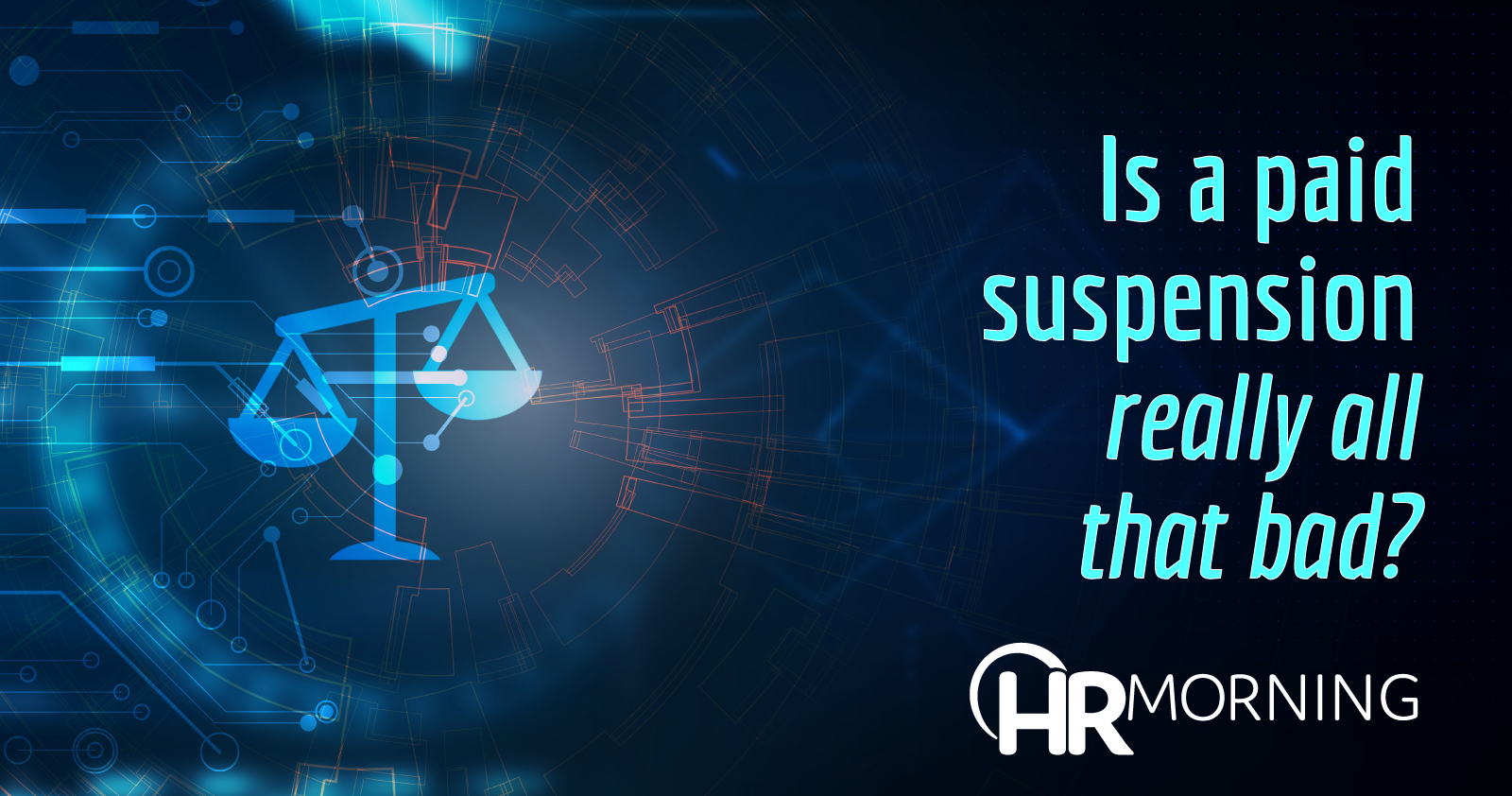 To win a claim of discrimination under Title VII, a plaintiff must show they were subjected to an “adverse employment action.”

Some job actions – like termination or demotion – are obviously “adverse.”

But what about a paid suspension? Does that meet the definition?

In a new decision, the U.S. Court of Appeals for the Eleventh Circuit joined a large number of other federal appeals courts. It decided that a simple paid suspension is not an adverse job action that can support a bias under Title VII.

Artur Davis, who is Black, worked as the executive director of Legal Services Alabama Inc. That is a nonprofit law firm that provides legal services to low-income residents of the state.

Davis did not get along well with all of his colleagues and subordinates. In fact, some complained to the firm’s executive committee about him.

The executive committee decided to suspend Davis with pay while they looked into the complaints against him. They gave him four specific reasons for the suspension.

First, they said he made spending decisions that went beyond an approved budget. Second, they claimed he did not follow proper procedures when hiring new staff. Third, they faulted him for creating new initiatives without board approval. Finally, they accused him of creating a hostile job environment for some other workers at the firm.

In connection with the suspension, the firm posted a security guard outside the building and hired a political consultant to handle public relations related to it.

Is That Constructive Discharge?

Four days after he was informed of the suspension, Davis told the board that he intended to resign. He intended for the resignation to take effect about a month later.

He then sued the firm and two members of its board of directors.

Davis alleged, among other things, race discrimination under Section 1981 and Title VII.

He said the firm’s prior operations director and its prior executive director, both white, were treated more favorably than he was even though they engaged in more serious alleged misconduct.

More specifically, he said no action was taken when the former operations director allegedly abused subordinates. And the former executive director was not suspended after he allegedly made sexually harassing remarks to female workers and abused mileage expenses.

The defendants filed a motion for summary judgment.

The district court granted the motion. It held that Davis could not prove unlawful discrimination because he was not subjected to an adverse employment action.

Being placed on paid leave was not an adverse action, it said. And Davis did not raise a fact issue on the question of whether he had in fact been constructively discharged, it ruled.

The U.S. Court of Appeals for the Eleventh Circuit affirmed the district court’s decision.

It explained that to prove unlawful discrimination under Section 1981 or Title VII, a claimant must show they were subjected to an adverse employment action.

These include “tangible employment actions,” meaning those they affect continued employment or pay, the appeals court said.

A simple paid suspension is not an adverse employment action, the appeals court said.

It called paid suspensions a “useful tool” that employers can use to “hit pause” while they investigate an employer who has been accused of job misconduct. Employers should be able to use that tool without fear of Title VII liability, it said.

No special circumstances elevated this particular paid suspension to an adverse action, he court added.

Nor did Davis show the employer constructively discharged him, the appeals court said.

The decision below was affirmed.