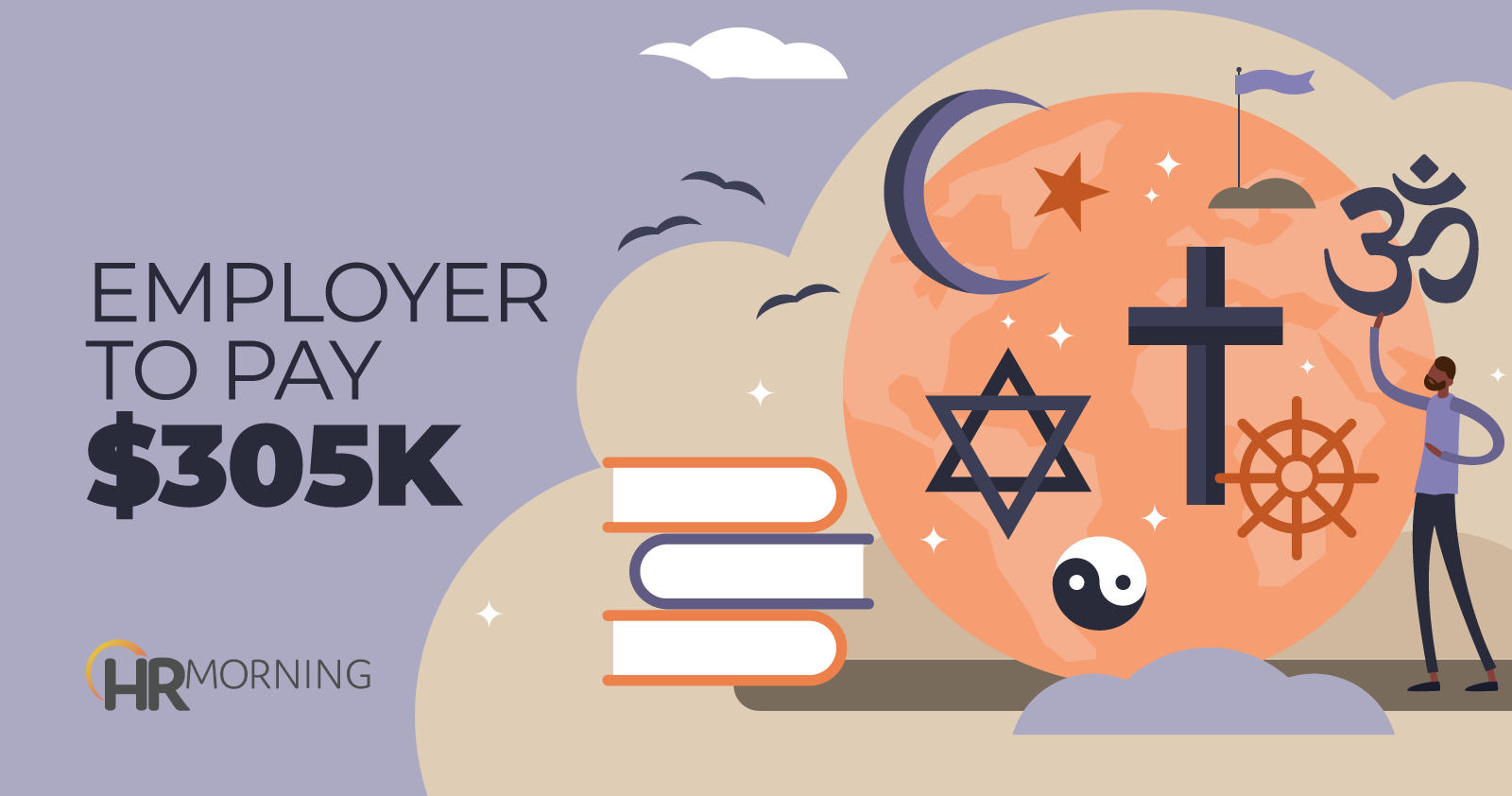 Requests for accommodation on religious grounds can come up in some unusual ways.

Exhibit A: In a recent case, the Equal Employment Opportunity Commission (EEOC) filed a lawsuit on behalf of a Buddhist airline pilot who balked at his employer’s requirement that he attend Alcoholics Anonymous (AA) meetings before returning to work.

The case recently ended with a settlement agreement that calls for monetary and other relief.

Due to alcohol dependency, the United Airlines pilot lost a Federal Aviation Administration medical certificate he needed to fly.

United has a HIMS (Human Intervention Motivational Study) program, which is an occupational substance abuse treatment program that is unique to pilots.

Under United’s program, pilots who have substance abuse issues and are seeking to regain the required medical certificate were required to regularly attend AA meetings.

The pilot objected to the religious content of AA meetings. As a result, he asked for an accommodating alternative: Attendance at a Buddhism-based support group.

United denied the requested religious accommodation, blocking the pilot from getting the medical certificate he needed to get back in the air.

Enter the EEOC, which sued United on the pilot’s behalf under Title VII of the Civil Rights Act. The agency alleged the airline violated the statute by rejecting the pilot’s accommodation request.

The case ended when the parties agreed to a settlement.

Under the settlement agreement, United will pay the pilot $305,000 in back pay and damages. In addition, it will permit him to return to its HIMS program but allow him to attend a different recovery program.

“Employers have the affirmative obligation to modify their policies to accommodate employees’ religious beliefs,” said EEOC New York Regional Attorney Jeffrey Burstein in a statement. “If they require their employees to attend AA as part of a rehabilitation program, they must make sure that they allow for alternatives for their employees who have religious objections to AA.”

Title VII requires covered employers to accommodate the sincerely held religious beliefs of their employees, unless doing so would impose an undue hardship.

It is never a good idea to reject an employee’s request for a religious accommodation out of hand, even where – as here – the employee seeks an exception to a generally applicable rule that involved the basic qualifications for the job.

Instead, it is imperative to step back and evaluate each request fairly and objectively.

Some questions to ask as you navigate that process include:

Is there any reason to doubt the sincerity of the employee’s religious beliefs? This issue usually is not in dispute, but there are potential red flags. Employee behavior that is inconsistent with the expressed belief is reason for suspicion. A benefit that is likely to be sought for secular reasons — such as social, political, or economic philosophies — is also suspicious, as is suspect timing. In these cases, employers can ask for more information about the employee’s religious beliefs.

What is the employee asking for? While this sounds like a no-brainer, it’s basic info to clarify so that requests aren’t glossed over with a knee-jerk denial. Be sure to understand exactly what the employee is asking for, and how the requested accommodation would alleviate the conflict regarding religion.

Would providing the accommodation violate a seniority system or collective bargaining agreement? An accommodation poses an undue hardship in either case and is thus not required.