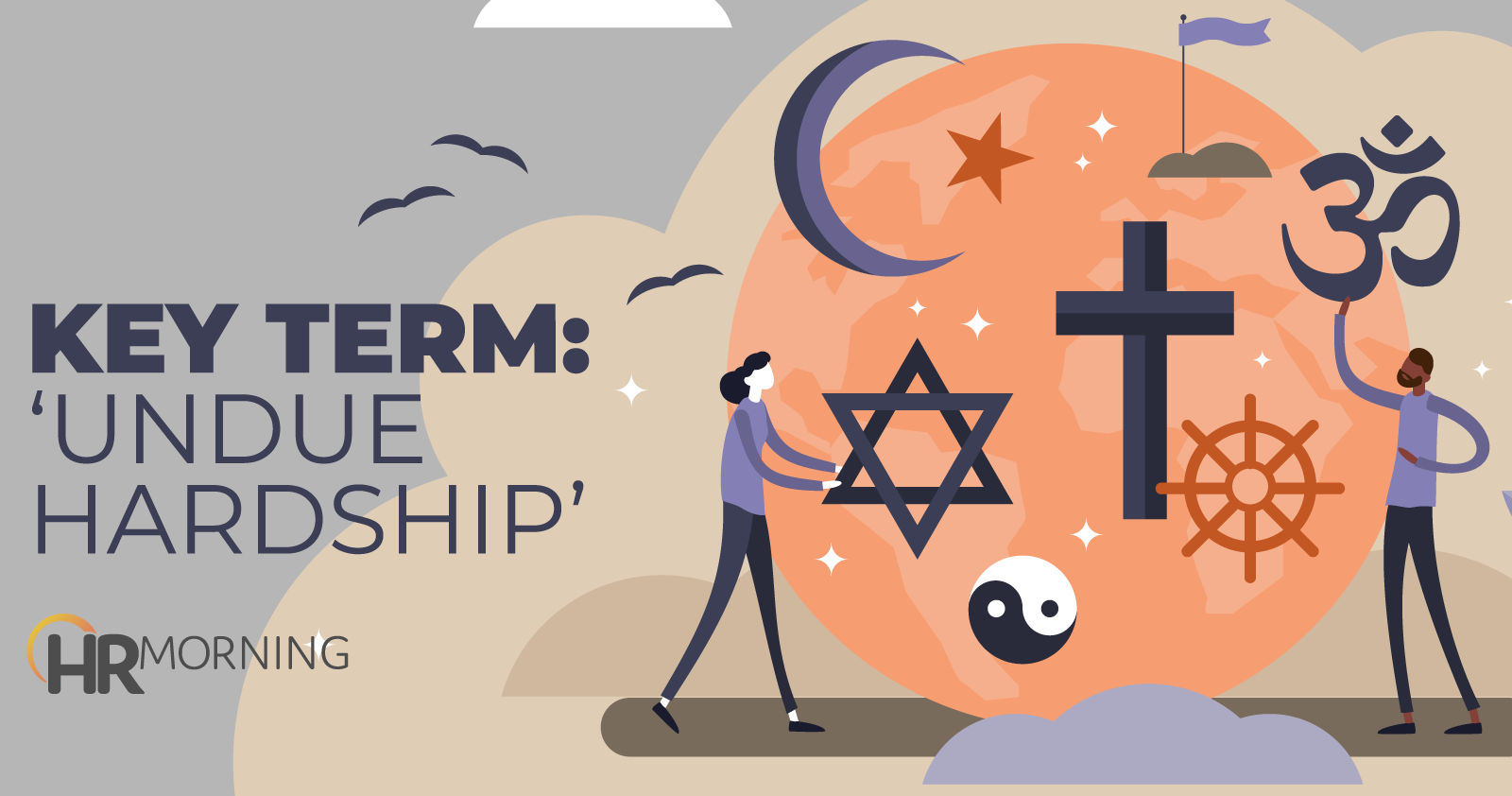 A new decision from a federal appeals court demonstrates the limits on the duty of employers to extend religious accommodation to employees under Title VII.

The U.S. Court of Appeals for the Third Circuit ruled that the postal service was not required to excuse an employee from working on Sundays because doing so would have caused an undue hardship.

At the same time, it explained that the employer’s attempt to facilitate shift swaps was not an “accommodation” under Title VII because it did not eliminate the conflict between work requirements and an employee’s religious beliefs.

Gerald Groff began working for the USPS in 2012.

In the same year, he became a Rural Carrier Associate (RCA). That is a non-career position held by carriers who provide coverage for absent career employees. The job requires flexibility because RCAs work on an as-needed basis.

Groff is a Sunday Sabbath observer. His religious beliefs dictate that Sunday is for worship and rest.

In 2013, the USPS contracted with Amazon to deliver Amazon packages, including on Sundays.

Groff’s postmaster told him he would either have to work Sundays during peak season or find another job. Groff gained a temporary reprieve by transferring to a different station, but soon that station also began making Sunday Amazon deliveries.

Groff told his postmaster that he would not work on Sundays due to his religious beliefs.

The postmaster tried to help. He told Groff he could attend services on Sunday morning and report to work later in the day. He also sought out others to handle Groff’s scheduled Sunday shifts.

Groff faced discipline for missing scheduled Sunday shifts. He asked for a lateral transfer to a position that did not require Sunday work, but no such positions were available.

Between March of 2017 and May of 2018, there were 24 Sundays on which Groff was scheduled to work and no substitute could be found.

There were morale problems, the USPS added, and even scheduled Sunday carriers had to deliver more mail than they would if Groff worked on that day.

Groff resigned in January of 2019. He said he left because he did not find an “accommodating employment atmosphere with the USPS that would honor [his] personal religious beliefs.”

He eventually sued, alleging disparate treatment and denial of accommodation under Title VII.

A lower court granted summary judgment against him. It said the USPS showed that entirely exempting Groff from working on Sundays would cause it undue hardship. In so doing, it noted that granting Groff’s request would require every other RCA to work every Sunday.

On appeal, the Third Circuit explained that “a legally sufficient accommodation under Title VII’s religious discrimination provision is one that eliminates the conflict between the religious practice and the job requirement.”

That did not happen here, the appeals court said.

It was not enough, the appeals court said, that the offered accommodation could theoretically have solved the problem.

Shift-swapping can be a reasonable way to accommodate a religious practice, the court added, but here it was not because the needed swaps did not materialize.

The appeals court also decided that the USPS showed that granting Groff’s requested accommodation would cause it undue hardship.

The requested accommodation imposed on Groff’s co-workers and disrupted the workplace, the appeals court said.

It hurt employee morale and placed a great strain on Groff’s station, it added.