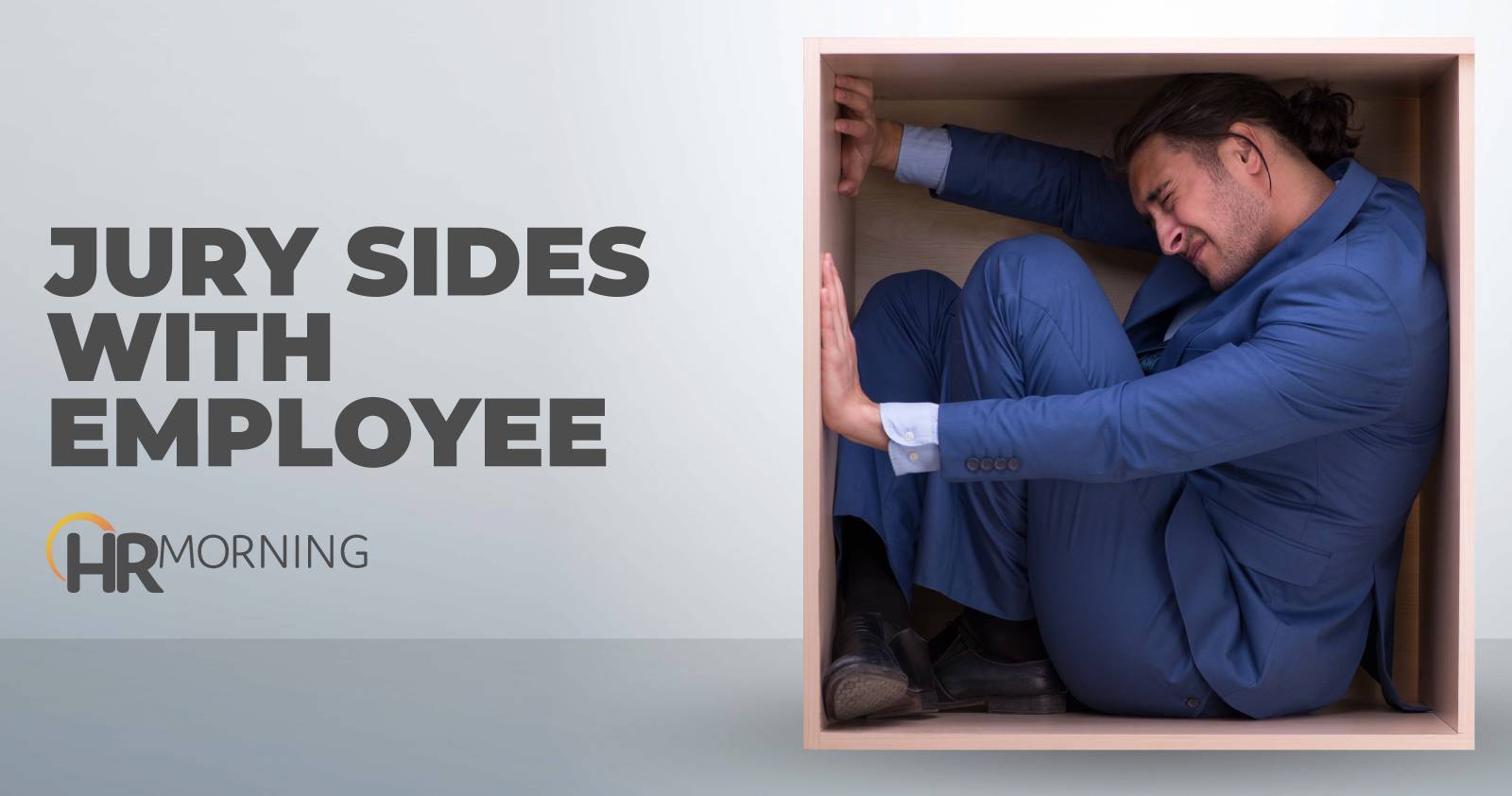 A jury ruled in favor of an employee who said his employer unlawfully neglected to reasonably accommodate his claustrophobia when it put him an an office with no window.

Robert Turco was a senior project manager for Zambelli Fireworks, which is a fireworks company in Pennsylvania. He has claustrophobia. Initially he worked in an office that had a window.

When Zambelli announced it was moving to a new building, Turco became concerned that his new office might not have a window.

He told the company president about his claustrophobia.

He said he needed an office with a window.

But the company president allegedly told him that he probably was not going to get one.

Zambelli then proceeded to take away half of his accounts, give him a poor performance review and ask him when he planned to quit, Turco said.

It fired him after he began working in the new windowless office.

He sued under the Americans with Disabilities Act, alleging wrongful termination, retaliation and refusal to accommodate.

Zambelli said Turco did not have a disability within the meaning of the Americans with Disabilities Act. It also insisted that he was unable to perform the essential functions of his job.

The matter went to a jury.

The jury ruled for him on his accommodation claim. It awarded him $15,000.

A Word About ‘Disability’

In the early days following the passage of the law in 1990, employers seized upon a defense strategy that proved to be enormously successful: They told courts that the plaintiff’s claim could not proceed because his condition was not substantially limiting.

The strategy often enabled employers to avoid liability without ever having to address the question of whether their actions were discriminatory.

The tactic eventually led to the passage of the ADA Amendments Act of 2008, which now requires courts to interpret the meaning of “disability” more expansively under the ADA.

Before those amendments were passed, Turco would have had little chance of success on his claims. But with them, he was able to proceed to a favorable outcome at trial.