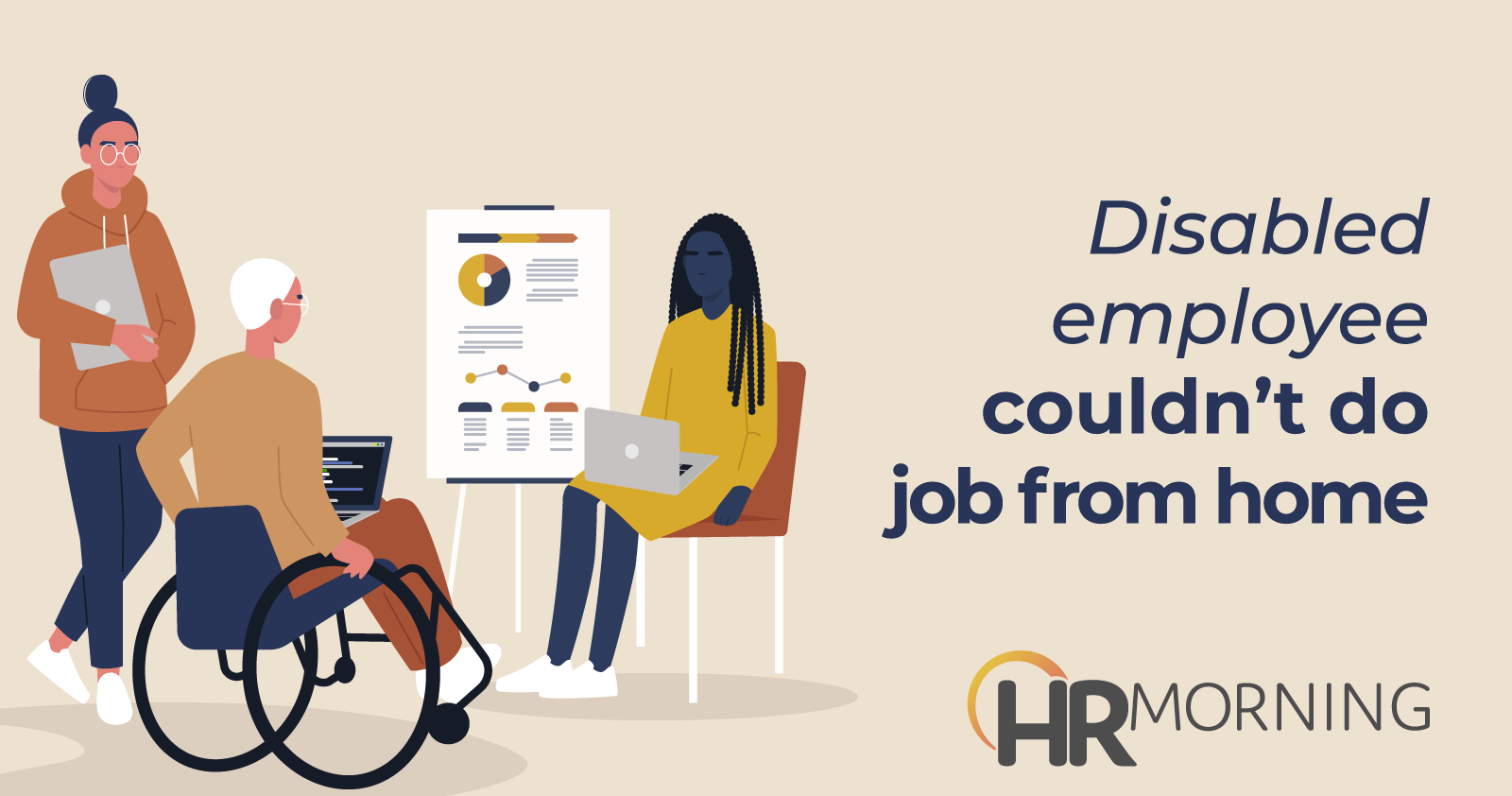 In this post-pandemic world, remote and hybrid work arrangements have become the norm at most companies. And for employees with disabilities who have trouble working in an office, it’s the perfect time for them to negotiate a remote opportunity.

That doesn’t mean, however, that companies have to grant remote work to any disabled employee who asks for it.

Here’s a breakdown of a recent ruling on the matter from the 10th Circuit.

Alfred Brown worked as a healthcare fraud specialist for the Defense Health Agency (DHA). During his employment, Brown was diagnosed with PTSD and panic disorders related to his time in the military. His conditions made it difficult for him to manage his stress and concentrate, and his work environment sometimes made things worse.

As time went on, Brown’s condition worsened, and he ended up hospitalized and taking FMLA leave. When he was ready to come back to work, Brown requested two remote days a week and the ability to work weekends. His supervisor offered Brown the compromise of one day a week for telework. In-person collaboration was important for his role, and Brown needed a lot of confidential physical files to do his job.

The DHA tried to offer Brown other accommodations, such as moving his cubicle to a quieter area, but he rejected that, wanting two days of remote work and the ability to work weekends. He went so far as to request a supervisor change in an attempt to get his preferred accommodations. The company rejected the supervisor transfer, because that team was full.

Eventually, Brown sued the company for failure to accommodate him under the ADA.

But the 10th Circuit ruled in favor of the DHA. It found that Brown’s accommodation requests were unreasonable. First of all, Brown needed to collaborate with his colleagues, so him working weekends regularly wouldn’t be feasible, since his co-workers wouldn’t be on the clock then.

Him asking for two days of remote work was deemed unreasonable, too. Brown worked with many confidential, physical files, and the court found that scanning all of these to make Brown digital copies would take too much time and effort on behalf of the company.

The company did attempt to find Brown an accommodation, as it allowed him to telecommute one day a week, and it offered to move his desk to a less stressful location in the office. Therefore, the court said, the company fulfilled its ADA duties.

This case acts as a reminder that companies don’t have to grant unreasonable accommodations for disabled employees, even if it seems like remote work is the norm now.