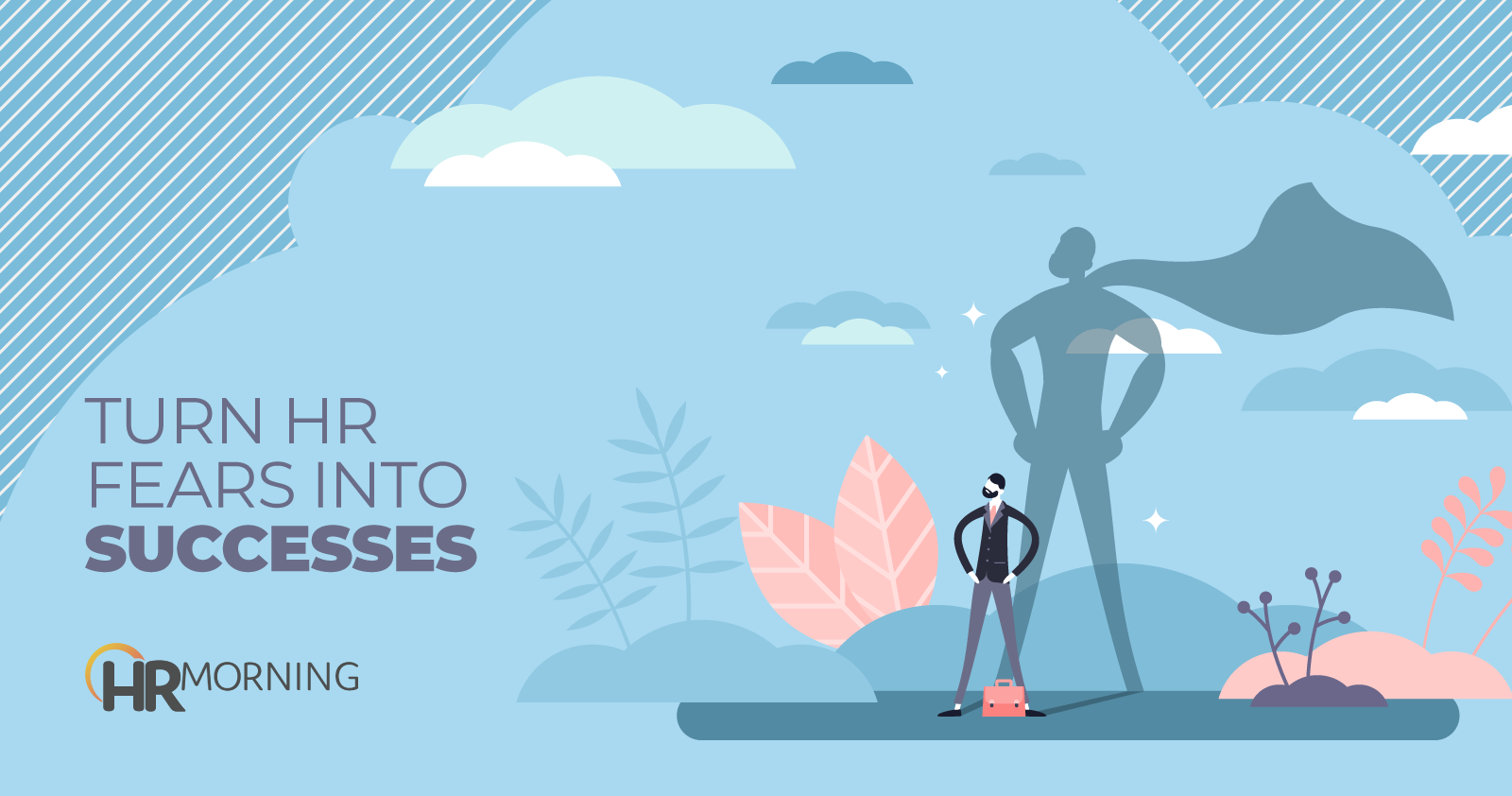 In fact, even the C-suite – those you might look up to – feel the same at one time or another. In a Harvard Business School study, CEOs said they most feared 1) appearing incompetent, 2) underachieving, and 3) appearing vulnerable. But most of those executives take steps to overcome (sometimes irrational) fears.

And if you recognize and work around the most common HR fears that can hold you back, you can rise up to be a great HR leader.

“Naturally, people look to their leader for answers, and leaders feel pressured to provide them,” says Lolly Daskal, in her book The Leadership Gap. “But great leaders know that they don’t need to have all the answers.”

Instead, take steps to overcome the six most common fears many HR leaders face:

HR leaders often need to make hard decisions that affect employees and the company. With all that’s at stake, some fear making the wrong decision – and put off making any decision rather than make the wrong one.

It’ll always be important to gather as much information as possible when making decisions. But Amazon’s Jeff Bezos says 70% is enough to make timely, effective decisions. Point is, with 70% of the information you think you need, you can make decisions that can be revised if issues come up once it’s implemented.

There is only one way to avoid criticism: do nothing, say nothing and be nothing – Aristotle.

As an HR pro, you must do, say and be! With that, you’ll have to accept that you’ll be criticized.

That’s why Daskal suggests you be more than open to criticism: Encourage it.

If you aren’t being criticized, you might be playing it too safe. So ask colleagues with differing views to poke holes in your ideas, counter your opinions and call you to task sometimes.

HR leaders work under a spotlight. When you win, people see it – a strong enrollment season, successful hires, increased engagement scores, etc. When you lose, it feels like the spotlight gets brighter.

And that’s what causes some people to recoil: You don’t want failures to be seen, or worse, mocked.

The best way around this: Remember that the lessons of one failure can lead to many successes. As John Maxwell, author of Failing Forward says, “Fail early, fail often, but always fail forward.”

One way: After a failure, pick three key things within your control that you could change moving forward and how you can avoid them in the future.

HR leaders often cause or resolve things that matter most to employees – for instance, changes to benefits, policies, leave, etc. That’s a lot of responsibility that might keep you up at night.

While it might be difficult to let go of the responsibilities – and get to sleep! – a small thinking adjustment can help: Avoid taking or assigning responsibility for what goes wrong. Focus more heavily on solutions to make things right.

People look up to you – your team and possibly the entire staff. So you might feel like you’re expected to take the extra step, meet the higher goal and achieve the best result.

If you are defined by those big results, or hold yourself to higher-than-usual personal expectations, it’s important to keep goals in sight. But, to keep it in perspective, focus with laser sharp precision on the actions you need to take today, this week, month and quarter to reach the goals.

HR leaders must communicate well. Still, many of you are uncomfortable presenting (remember the old Jerry Sienfeld skit on this?) and having difficult conversations. So you might avoid those situations.

There aren’t any ways around this fear. It’s either avoid public speaking and uncomfortable conversations all together or persevere right through them.

Try to write what you’ll say first. Then practice speaking it out loud without an audience – regardless of whether it’s a conversation for one or 100 people. The more you practice, rehearse and revise, the better you’ll be at communicating.