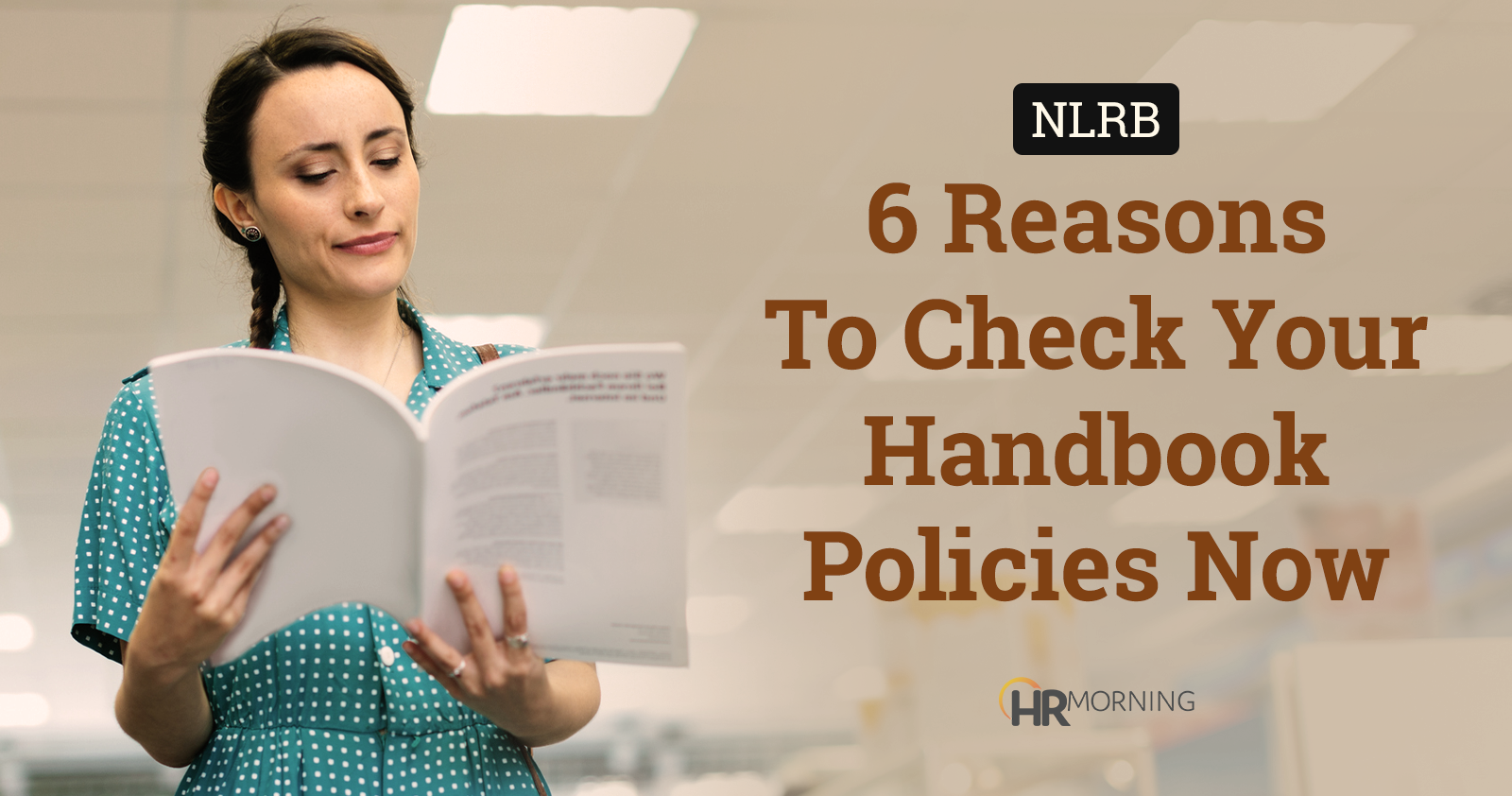 Here’s a good reason to dust off that employee handbook and re-familiarize yourself with the ins and outs of your policies.

The National Labor Relations Board (NLRB) recently reviewed an employer’s handbook and issued memoranda, offering guidance on the legality of certain policies.

While not an official ruling from the NLRB, the advice division’s stances on certain handbook policies can be used as a blueprint for employers creating and updating them.

Here are the specific questions about handbook policies and procedures the NLRB addressed:

Can handbooks be confidential?

This employer labeled its handbook and policies as confidential, preventing employees from openly discussing them. The NLRB said this is unlawful.

By prohibiting employees from talking about information in the handbook, it essentially forbids employees from discussing benefits and working conditions with each other and non-employees.

The NLRB added that this confidentiality policy also restricted employees from disclosing pay information, which is a fundamental National Labor Relations Act (NLRA) right. The act guarantees that employees may speak freely about wages, whether it be with other employees or third parties.

Can employees use work email for personal reasons?

The handbook being reviewed prohibited employees from using their work email for personal messaging, even on non-work time. The NLRB ruled this was a violation of the NLRA as well.

Under the act, employees are permitted personal access to their work email during lunch periods and breaks — a rule completely forbidding that is unlawful, the NLRB said.

The only exception would be if an employer could demonstrate “special circumstances” in which using email for personal reasons during breaks would disrupt production.

Can we prevent employees from wearing clothing with commercial advertising?

The employer had this dress code rule in effect, and the NLRB decided this was lawful.

A policy like this would only violate the NLRA if it could be interpreted that wearing union logos was forbidden. But a dress code simply prohibiting inappropriate or unprofessional clothing is lawful.

Which employee info should be kept confidential, and which can be shared?

The employer had a rule directing employees to use a “high degree of caution” when handling customer lists, employees’ personal information and HIPAA-related info.

The rule also noted that managers with access to this information must not discuss or divulge it. The NLRB ruled this policy was lawful.

Under the NLRA, employees have the right to share basic info such as co-workers’ names and addresses if not obtained through personnel files. The NLRB said a reasonable employee wouldn’t believe the confidentiality policy infringed on this right.

Can we only permit designated employees to speak to the media?

The employer had designated spokespeople to speak to the media, to avoid mixed messages regarding the company’s stance on issues. The NLRB ruled this policy was lawful.

A rule like this would only violate the NLRA if employees were banned from voicing workplace grievances in public or with the media.

Can we prevent employees from using cell phones in the workplace?

The employer banned the use of cell phones for the entire work day. The NLRB said this policy was unlawful.

According to the NLRA, employees have the right to use their cell phones during breaks and lunches, so a policy banning them completely is in violation of the act.