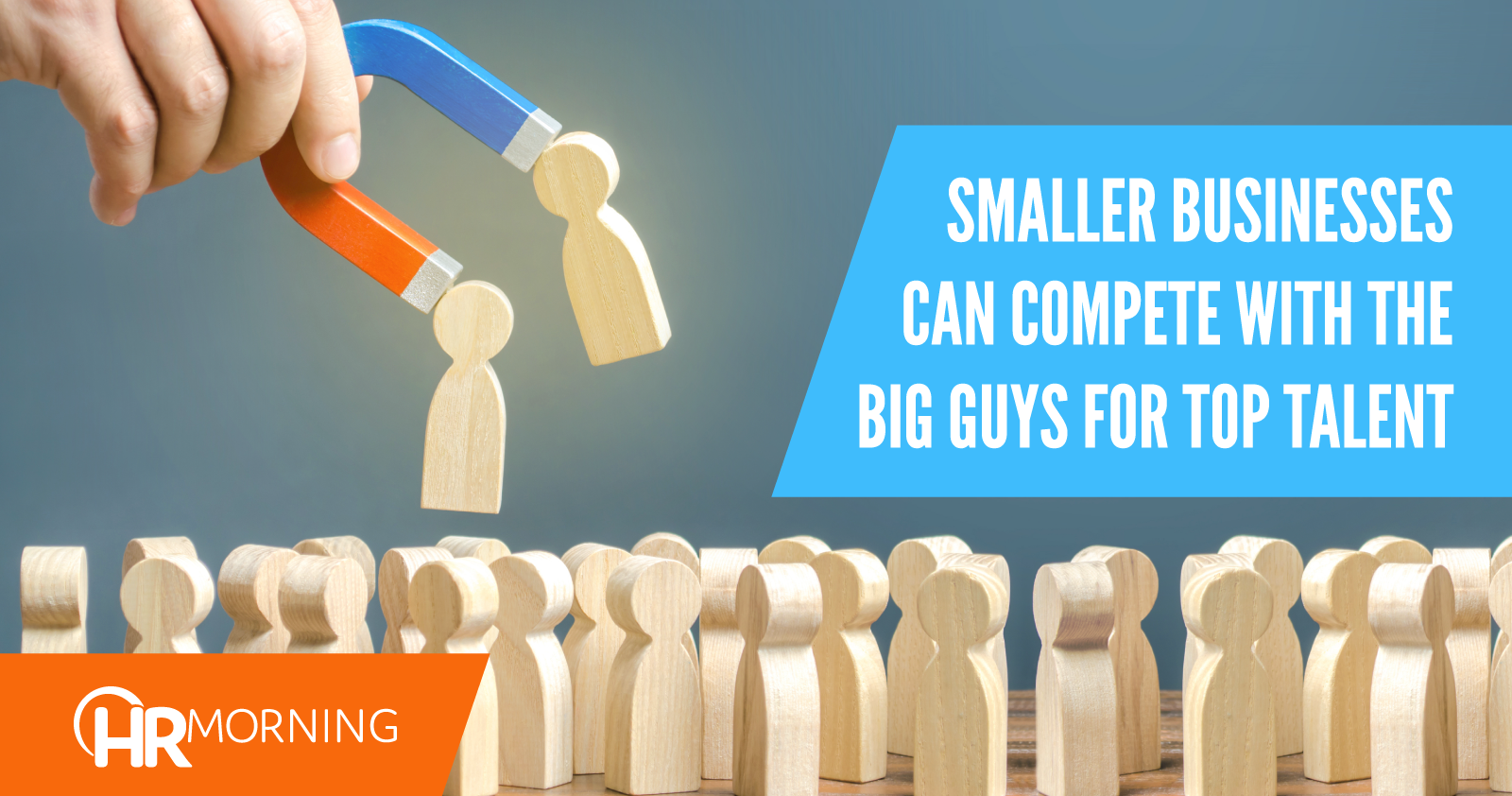 For big companies, the hiring process is often a major operation – sprawling HR departments with big budgets are responsible for finding, hiring and onboarding hundreds of new employees every year.

This can seem daunting for small and medium-sized businesses (SMBs), which are often competing for the same talent. How can they hope to contend with their much larger and better-funded peers?

A golden era of digital

Despite the assumption that large companies will always have an edge in the hiring process, SMBs are actually entering a golden era of hiring.

Beyond whatever unique value proposition your business has (and the fact that many employees prefer the more intimate setting of an SMB work environment), SMBs have never had more access to digital resources that can help them source, assess, and hire promising candidates.

These resources don’t just allow SMBs to keep up with their larger competitors – they provide advantages that no company, regardless of its size, had access to just a few years ago.

However, this doesn’t mean digital tools like pre-employment assessments and platforms for filtering and managing promising candidates will do all the work.

SMBs still have to develop and implement strategies to make their hiring processes as streamlined and predictive as possible.

What follows is a deeper dive into the steps that will help SMBs work toward that goal (for a more in-depth look at these steps, take a look at our recent SMB hiring guide).

Finding and hiring the right candidates begins with a compelling job description. Companies often overlook this step, assuming that the job description is simply an outline of the responsibilities for the role and the preferred qualifications.

But a good job description is also an advertisement for your company, which is why it should always contain information about your mission and culture.

Once your job description is ready to go, it’s time to find candidates. There are many resources SMBs can leverage to identify talent, such as referrals, social networks and job boards.

According to a LinkedIn survey, SMB leaders cite “referrals from current or former employees” as the top resource they use to track down the best talent available (the candidates discovered via referrals are more likely to stay in a role for longer).

SMBs also have to take full advantage of digital resources such as social media, which can level the playing field against larger competitors. LinkedIn alone has almost 740 million users – a massive pool of talent that has never been more accessible to companies of all sizes.

No matter what strategies SMBs use to find candidates, it’s essential to have a well-defined idea of what skills and characteristics are required for the role.

This won’t just help hiring managers outline a clear set of criteria for candidates and create more effective advertisements for the role and the company itself – it’ll also give them a framework they can use to consistently and rigorously evaluate candidates.

There has been a revolution in hiring over the past several years. While HR pros once relied on antiquated methods like resumes and interviews – methods which are notoriously susceptible to misrepresentation and bias – there are now digital platforms that allow them to track and assess candidates more efficiently than ever before.

These tools are especially important for SMBs, as they provide a level of analysis that entire hiring teams weren’t capable of just a few years ago. Digital resources like candidate management platforms and pre-employment assessments allow SMBs to compete with the biggest companies in the world.

While resumes and interviews provide some information about a candidate’s skills and experience, it’s clear that these methods alone aren’t telling SMBs what they need to know about the people they hire.

For example, three-quarters of SMB leaders say they don’t know if a candidate will be successful in a role even after an interview. Candidates may say they’re hard-working, creative, or emotionally intelligent, but SMB hiring managers can’t know this is the case based on self-reports alone.

This is why pre-employment assessments are among the most powerful assets SMBs have in the hiring process. They provide objective measures of skills and characteristics that are highly predictive of job performance (such as general cognitive ability and conscientiousness), which allow hiring managers to see how candidates will actually perform on the job.

These assessments, combined with robust applicant management platforms and the use of other digital resources (like social media), allow SMBs to compete for talent at the highest level.

Although pre-employment assessments and other evidence-based forms of hiring are only going to become more important, this doesn’t mean SMBs should do away with traditional forms of hiring such as interviews.

It’s essential for SMBs to develop holistic hiring strategies, and interviews can provide valuable insights about a candidate’s interpersonal skills, their background, and so on.

However, this doesn’t mean SMBs have to stick with interviews as they have historically been conducted. For example, instead of unstructured interviews in which hiring managers ask applicants questions on a whim and carry on unpredictable (and potentially discursive conversations), SMBs should use structured interviews which ask candidates a consistent set of questions and score their answers on an objective scale.

This will allow SMBs to use interviews for additional insight into candidates’ skills and temperaments while ensuring that all candidates are treated fairly.

Many SMBs report that they struggle to compete with more prominent companies for talent, but this doesn’t need to be the case.

At a time when SMBs have access to powerful digital hiring tools and a wide range of other resources for finding and onboarding candidates, they’re in a stronger position than ever to show candidates all the benefits of working with them.

Cherie Curtis, HR Expert Contributor
Cherie Curtis is an Organizational Psychologist and President of Criteria where she's responsible for global marketing initiatives, consulting psychology, sales, customer success and support functions as well as continuing to oversee APAC operations. She was previously CEO of Brisbane, Australia-based Revelian (which was acquired by Criteria back in March 2020). Cherie has been recognized as the nation’s top leader in the 2016 AIM Leadership Excellence Awards and was a finalist in the 2015 Qld Telstra Business Women’s Awards.