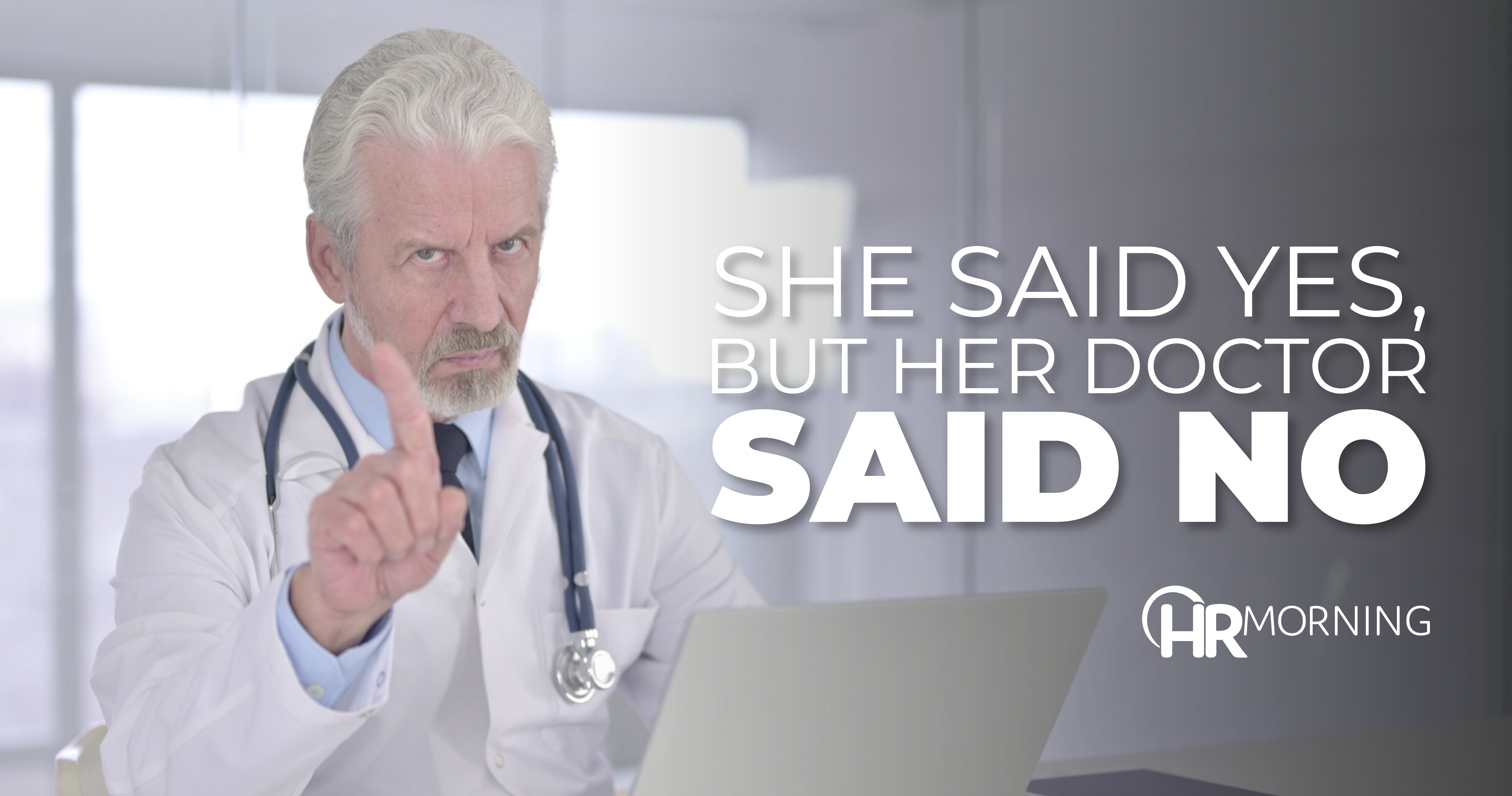 The U.S. Court of Appeals for the Seventh Circuit delivered a very employer-friendly ruling in an ADA case involving an injured employee.

The decision provides favorable news for employers regarding the duty to extend reasonable accommodations under the ADA.

Paula McAllister was a machine operator for Innovation Ventures, LLC. In early June of 2016, she was involved in a bad car accident that left her with serious back and neck injuries.

On an FMLA certification form, her doctor said she could not perform any work functions. The doctor characterized her as “totally disabled.” The doctor estimated that McAllister would be able to return to work near the start of September of 2016.

Unfortunately for McAllister, the September return-to-work date proved too optimistic. As the court explained it, she “fell into a frustrating cycle wherein her doctors would examine her, predict she could return to work in some number of weeks, [and] then later elongate their prediction at a follow-up visit.”

McAllister told Innovation that she had a neurological evaluation scheduled for November 14, 2016. Innovation extended her leave to that date. But the evaluation was not completed by that time.

Her surgeon then told Innovation that she would not be able to return to work until February of 2017.

At that point, Innovation decided it had had enough. It terminated McAllister’s employment in mid-December of 2016.

She sued Innovation in November of 2017. She alleged that it did not meet its duty to accommodate her under the ADA. A lower court ruled for Innovation, finding she was not a qualified individual with a disability. It also said she was estopped from asserting that she was qualified based on the representations she made in connection with her applications for disability benefits. McAllister appealed to the Seventh Circuit.

Strike 1: Doctor Messaging
McAllister said she could have performed her job duties as early as August of 2016 if Innovation offered her accommodations. She had asked if she could get back to work without a complete medical clearance, but Innovation’s policy was to require one. Her big problem on this claim, the appeals court explained, was that her doctors had made it clear that she could not return to work even with accommodation.

The court said that “[i]t would defy common sense” to require Innovation to disregard the medical opinions McAllister supplied. The court rejected her attempt to dull the effect of the medical testimony with contrary testimony from her sister and boyfriend indicating she was able to work. That testimony lacked foundation, and it was conflicting, conclusory and uninformative.

The better testimony indicated that she could not work in any role and thus was not qualified under the ADA, the court said.

Thus, the court reassured employers that they can rely on the opinions of medical experts regarding return to work, even when those opinions conflict with the employee’s own representations.

Strike 2: Leave Was Enough
The appeals court also said Innovation was not required to offer McAllister more leave. It repeated its prior holding that a “multi-month” leave is more than the ADA requires. The ADA itself does not speak in temporal terms when it comes to how much leave must be granted. The court’s statement regarding leave length, without any mention of whether undue hardship must be shown, is good news for employers.

Strike 3: Interactive Process
Finally, the court summarily dismissed McAllister’s claim that Innovation violated the ADA because it did not engage in an interactive process with her. It said any alleged failure to engage in an interactive process was immaterial because McAllister was not qualified. This aspect of the ruling is surely discouraging to employees who think that engaging in such a process is part of determining whether one is qualified. But it is more than welcome news for employers.