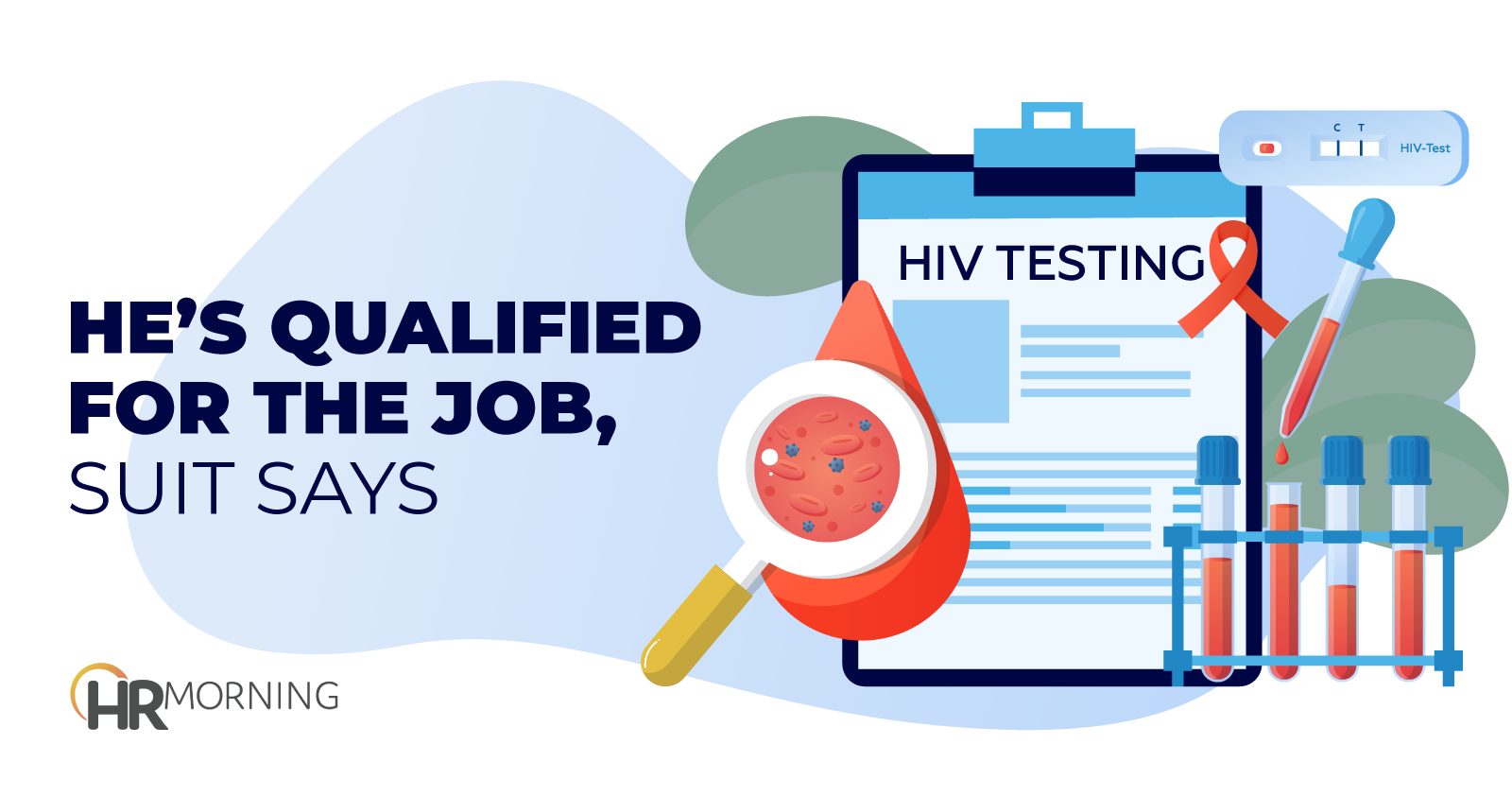 The U.S. Department of Justice (DOJ) has sued Clarksville, a town in Indiana. The suit says the town violated the Americans with Disabilities Act (ADA) by refusing to hire a man as a police officer because he is HIV-positive.

The unnamed man started as a volunteer reserve officer with the Clarksville Police Department (CPD).

After more than a year as a reserve officer, the CPD offered him employment as a police officer. He had to pass a physical the Indiana Public Retirement System requires.

Suit: HIV Is Not an Issue

The DOJ says the man’s “HIV is well-controlled with medication and his viral load is, and during all relevant times was, fully suppressed.”

It also says the man’s HIV does not present a significant health or safety risk.

At his October 26, 2015, exam, the man told the medical examiner that he sees a doctor for HIV and takes prescribed antiretroviral medication.

After the examination, the examiner said he saw “no long-term evidence of active disease” or any other health issues.

But he also said he didn’t think the man met the state’s medical standards because HIV is a “communicable disease” that poses a “significant risk of substantial harm to the health and safety” to co-workers and the public.

The chief recommended that the Clarksville Metropolitan Board of Fire, Police and Safety Commissioners withdraw its offer of employment.

After spending 15 months unsuccessfully appealing the decision, the man accepted a job as police officer with another department.

He also filed a charge of discrimination with the Equal Employment Opportunity Commission (EEOC). He said the town violated the ADA by withdrawing its conditional job offer because he is HIV-positive.

The EEOC investigated the charge and found reasonable cause to believe illegal disability bias occurred.

When the EEOC wasn’t able to conciliate the charge between the man and the town, the DOJ filed a lawsuit against the town.

It alleges the town violated the ADA by refusing to hire the man because of his disability. It says he is qualified for the job.

What the DOJ Wants

The DOJ has requested a jury trial and asked the court to: