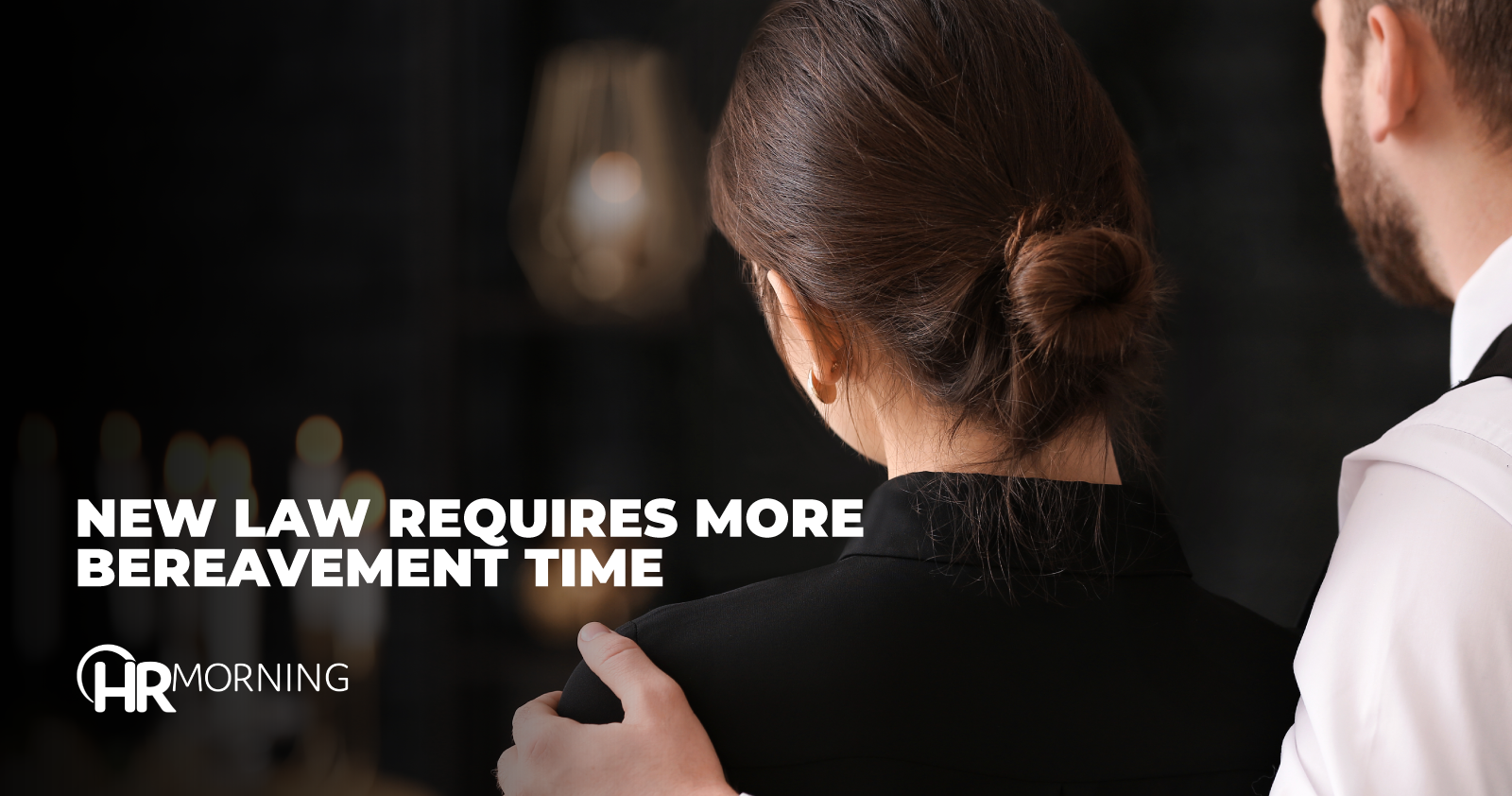 A new twist on bereavement leave has been gaining steam – and companies in Illinois will soon be required to provide it under state law.

Moreover, the amended legislation also requires companies to provide 10 days of unpaid leave for employees who experience a miscarriage, a stillbirth, an unsuccessful assisted reproductive procedure (e.g., intrauterine insemination), a failed surrogacy agreement, a failed or non-finalized adoption, or a diagnosis affecting fertility. The law stipulates that workers can use this time off to support a spouse or partner experiencing one of the listed losses.

Earlier this year, Utah Gov. Spencer Cox signed SB 63, known as the Bereavement Leave Act. The legislation — similar to the new Illinois law — provides three days of bereavement leave to city, county, and state employees after a miscarriage or stillbirth. Further, the time off is available to mothers and their spouses/partners. One significant difference: The Utah law provides paid time off.

Out-of-the-box ideas like this prompt lots of questions: Who came up with this idea? When did this first start? And what areas of the country are impacted?

Other states are considering similar legislation:

In addition, similar legislation was introduced in the U.S. Senate last year, but it has not advanced. If the current trend continues at the local level, that might reinvigorate discussions about a federal law requiring companies to provide bereavement leave for reproductive losses. We’ll keep you posted.