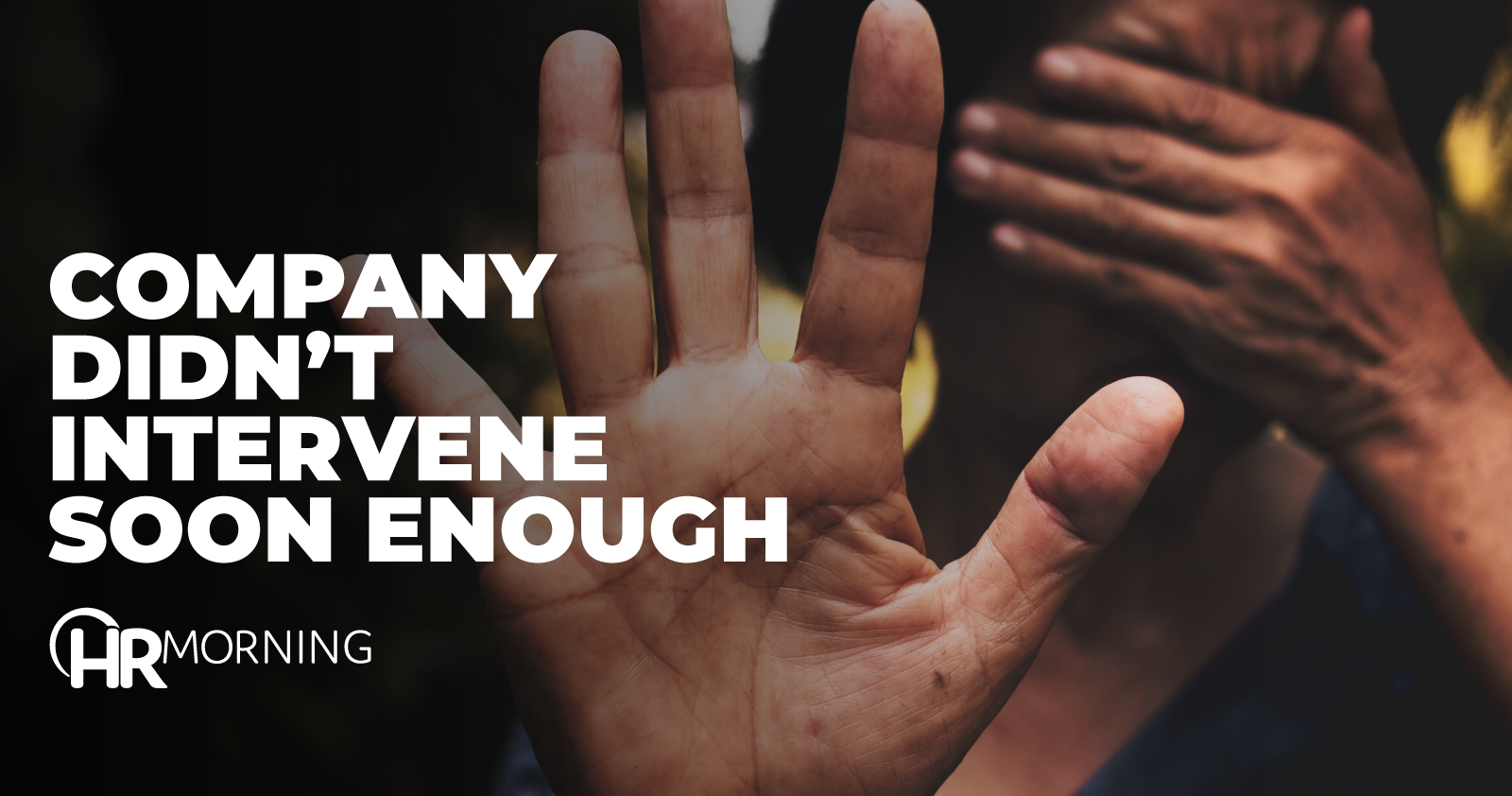 It’s never good when harassment occurs in the workplace, but when an employee is subjected to multiple types of harassment, the employer is going to be held liable if it doesn’t take swift action.

Here’s a breakdown of a recent lawsuit.

Johnson’s supervisor was known for having relationships with colleagues in the past — however, all of these had been consensual and no one had filed complaints against him.

That being said, the supervisor began making unwanted advances toward Johnson. He’d ask her for lewd photos often, and even showed her pornographic images at work. The sexual harassment took a racial turn when the supervisor told Johnson he wanted to add an African American woman to his “collection of women.”

The harassment became so pervasive that Johnson fainted at work once from the stress of it all. Johnson asked to be moved, and she was separated from the supervisor. However, when they encountered each other again after that, he groped her.

Johnson reported all of this conduct to the company, and Ford investigated her claims. The supervisor was eventually fired, but Johnson went on leave and never returned. She then filed racial and sexual harassment claims against the company.

Ford tried to argue that it did its part by investigating Johnson’s claims and eventually terminating the supervisor — therefore, it shouldn’t be held liable.

But a court sided with Johnson. It said the level of harassment was severe and pervasive, due to both its sexual and racial nature. Johnson had also been incredibly distressed by it, such as when it caused her to pass out at work. The company ultimately took action, but not soon enough to prevent severe and pervasive harassment.