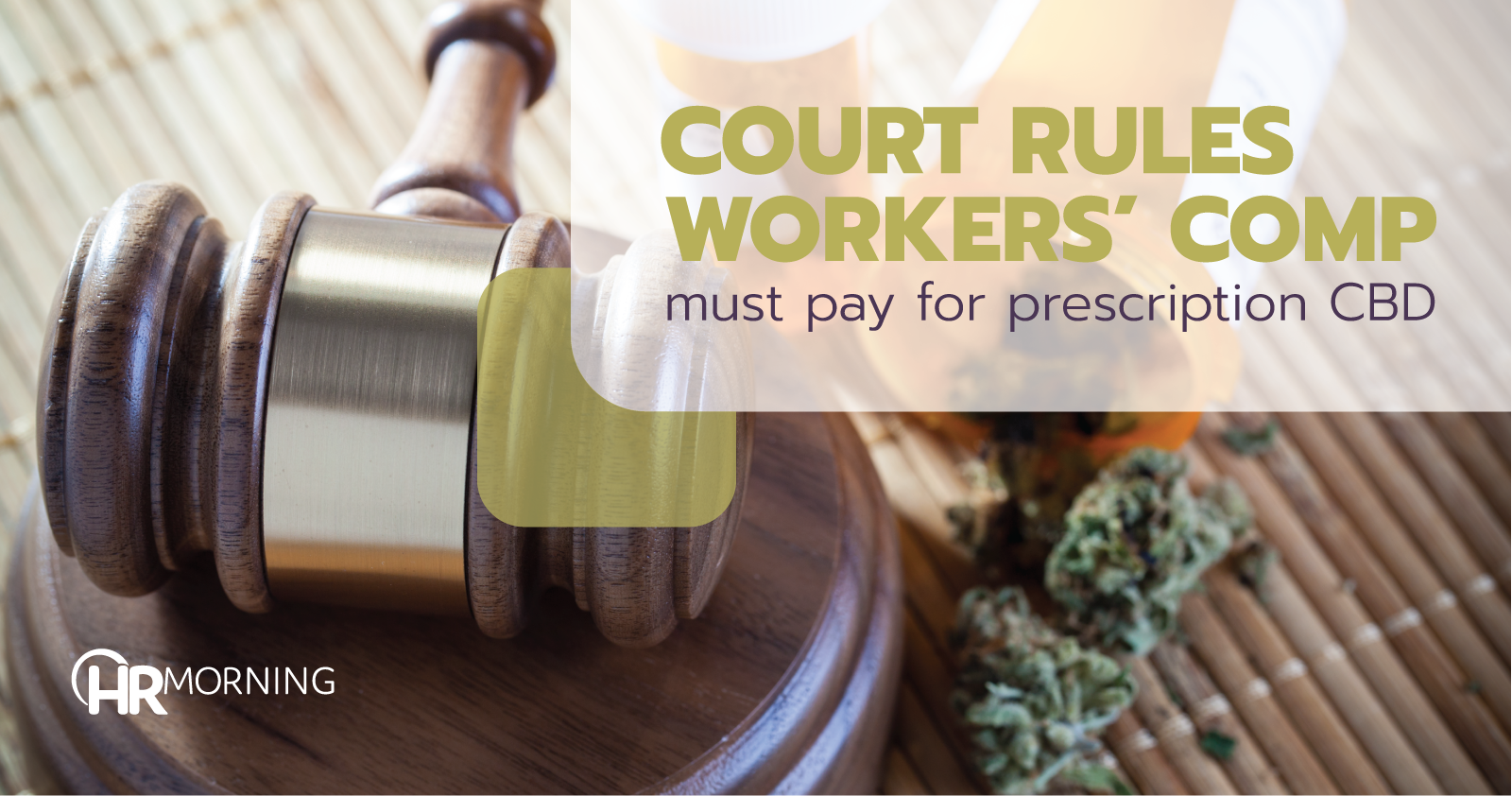 A New Jersey state court of appeals ruled in January that an employer is obligated to pay for medical marijuana when the prescription is treating a job-related injury.

The ruling in Hager v. M&K Construction is the first time a NJ court required an employer to compensate a worker for legal weed used to treat an on-the-job injury.

He was later able to get relief – and stop taking the opioids – when his doctor prescribed medical cannabis as permitted under New Jersey’s Compassionate Use Medical Marijuana Act (the “MMA”).

When the employer refused to reimburse any of the cost of the prescription, the worker sued.

A judge of compensation noted that the drug was effective and ruled the state workers’ compensation laws obligated the employer to reimburse the cost of medical cannabis and related expenses.

The company said the judge couldn’t require it to reimburse medical cannabis costs.

In its appeal, M&K argued the state law is preempted by federal drug laws, which criminalize the manufacture, possession or distribution of psychoactive cannabis.

The appeals court agreed with the workers’ compensation judge that there was no preemption issue because M&K was not engaged in aiding or abetting any of the prohibited activities by reimbursing Hager.

The appeals court also confirmed the compensation judge’s finding that medical cannabis may be a “reasonable and necessary” form of treatment under New Jersey’s Workers’ Compensation Act, particularly for a worker whose situation is similar to Hager’s.

New Jersey joins New Mexico in holding the CSA does not preempt state medical cannabis laws. The only other state whose courts have weighed in on the question, Maine, holds that the CSA DOES preempt state prescription pot laws.