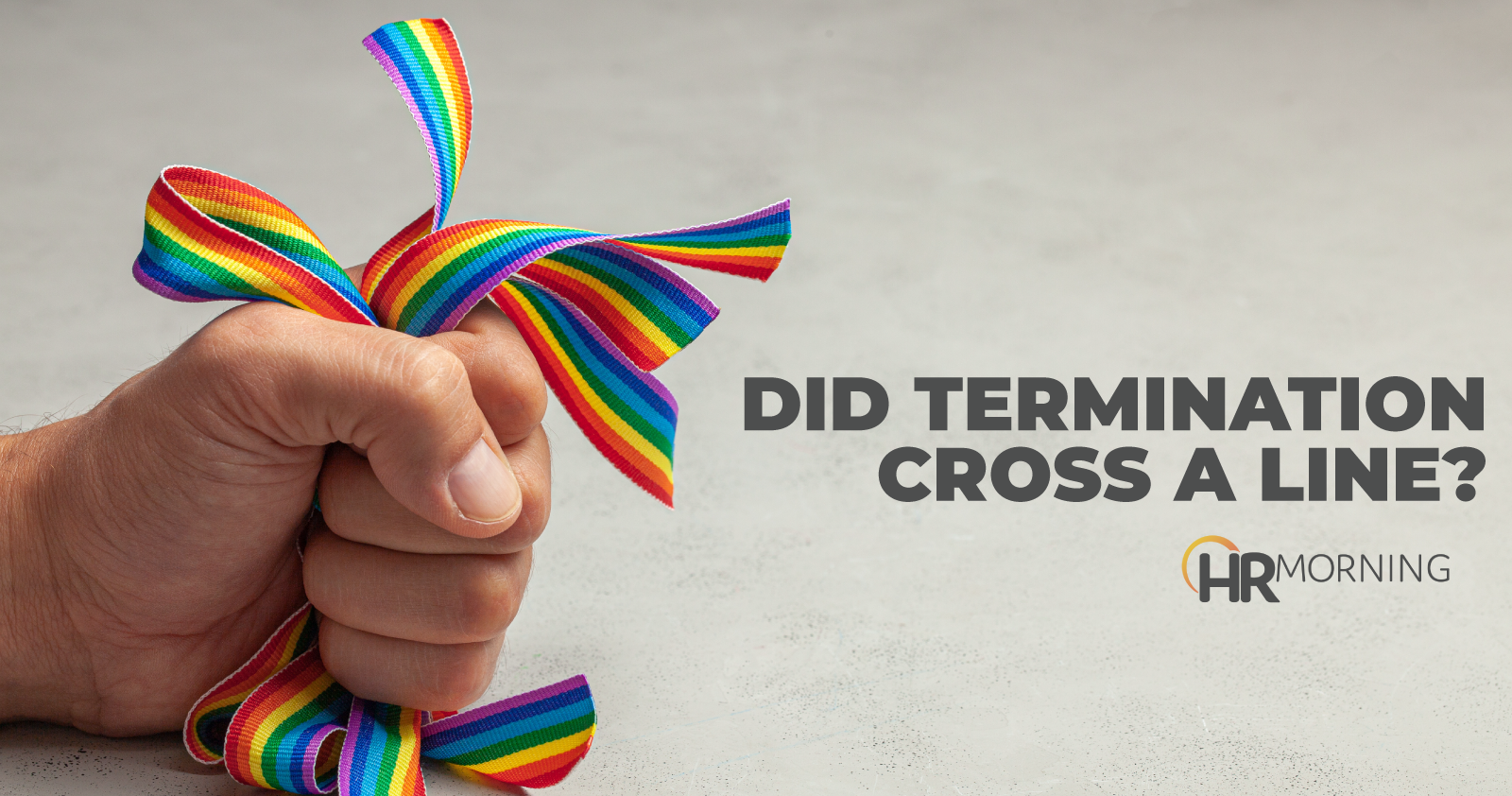 An employee sued for religious discrimination after he was fired for posting a comment on the company’s intranet about its rainbow flag display in observance of Pride Month. Here’s what happened:

The longtime employee, Daniel Snyder, was filling out the company’s first engagement survey seeking feedback about ways the company could improve. Snyder was told that the survey answers were anonymous.

While on the company website, he saw the image of the rainbow flag. He said he thought that was part of the survey. As a result, he posted that he believed using a rainbow in that manner to celebrate Pride Month was “an abomination to God. Rainbow is not meant to be displayed as a sign for sexual gender.”

As it turns out, the image was not a part of the engagement survey, and Snyder’s comment had been publicly posted on a message board on the company’s intranet.

HR notified Snyder that his comment had offended a fellow employee; that he was being suspended for three days for violating the company’s diversity policy; and that he could face additional discipline.

Did termination amount to religious discrimination?

Ultimately, the company decided to fire Snyder. He filed an employment discrimination charge with the Iowa Civil Rights Commission, alleging the company failed to make an “effort to engage with Mr. Snyder about reasonably accommodating his religious” statement and beliefs on the matter. The commission closed the case, finding the company stated a valid reason for firing Snyder.

He then filed a complaint with the EEOC, which issued a right-to-sue letter. Snyder has filed a federal lawsuit, alleging religious discrimination in violation of Title VII – we will keep you posted on what the court says.