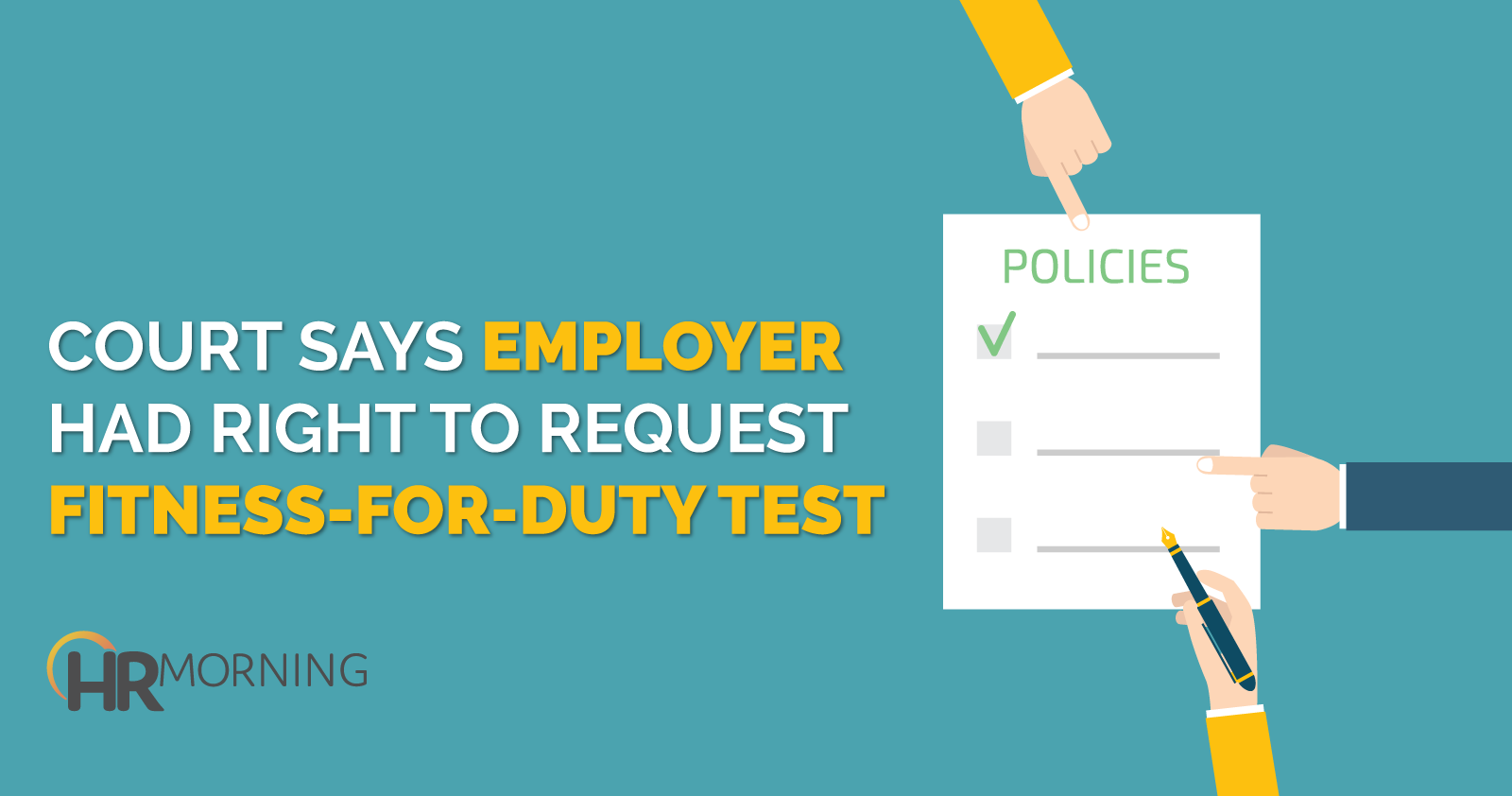 Things get tricky when an employee’s disability causes them to violate company policy, and employers are trying to avoid claims of ADA discrimination.

However, a recent ruling proves that employers are allowed to enforce disciplinary measures – even when the employee is ADA-protected.

Todd Kurtzhals worked as a police officer in Dunn County, WI. Kurtzhals, who has PTSD, got into an argument with a co-worker and threatened violence.

This went against the department’s conduct policy, and Kurtzhals was placed on temporary leave. He was required to undergo a fitness-for-duty test before returning to work.

Kurtzhals sued the department for disability discrimination, claiming the test was due to his PTSD and not because he got into an altercation with his colleague.

But the 7th Circuit disagreed with Kurtzhals. It said the department was simply following its policies – Kurtzhals was suspended and had to undergo the fitness-for-duty test because of the altercation, not because he had PTSD.

The court also said that a fitness-for-duty test was perfectly reasonable, given that Kurtzhals, as a police officer, is responsible for public safety.

This case shows that medical exams and disability-related inquiries are permitted under the ADA – if they’re job-related.