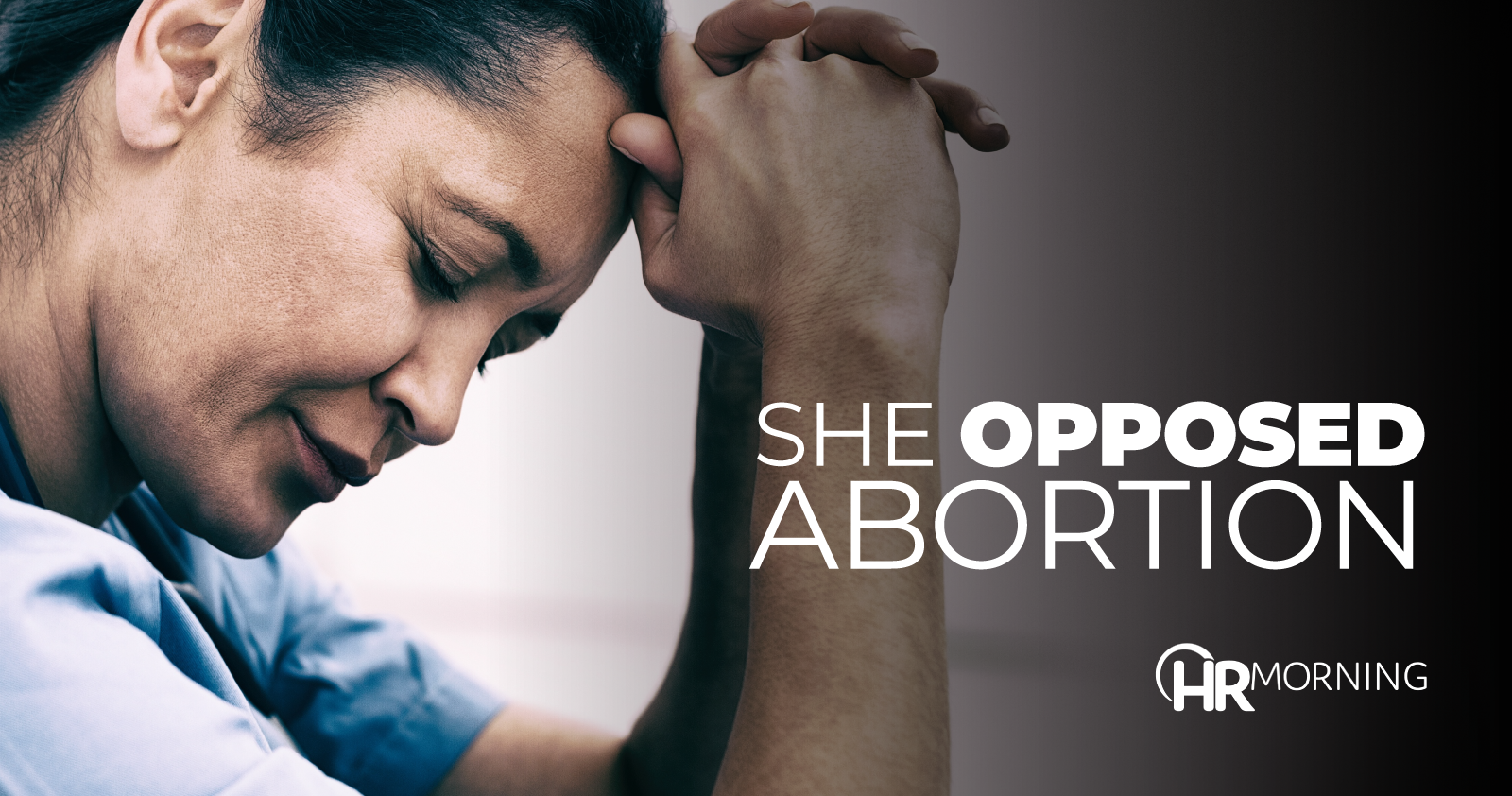 A newly filed lawsuit says CVS Health violated Virginia law when it dismissed a nurse practitioner who declined to prescribe or administer abortion-inducing drugs because of her religious beliefs.

The suit says CVS accommodated the nurse practitioner’s religious beliefs for more than three years before abruptly pulling the accommodation and terminating her employment.

It relies exclusively on a law known as the Virginia Conscience Clause, which says employees who object to abortion on religious grounds cannot be forced to participate in procedures that will result in abortion.

More broadly, it raises the question of how far employers must go to accommodate religious beliefs that conflict with job duties, including under Title VII.

The complaint in the suit, which was filed in late August, tells the story of nurse practitioner Paige Casey, who CVS hired to work in one of its clinics in September of 2018.

During orientation that month, the suit says, Casey told CVS that as a practicing Roman Catholic, her religious convictions ban her from participating in abortion – including by prescribing drugs like certain hormonal contraceptives, Plan B and Ella.

For three years, she alleges, CVS granted the requested accommodation and did not require Casey to prescribe or administer any “abortion-causing drug or device.”

During that time, she adds, no patients, co-workers or supervisors complained, and her work was “outstanding.”

Things changed in late August of 2021, the suit says, when CVS announced in a town hall meeting that it would no longer extend religious accommodations to employees who did not want to prescribe any form of birth control that can cause abortion.

In mid-January of 2022, CVS made it official: It told Casey in a letter to her that it would no longer extend her desired religious accommodation, the suit alleges. It adds that CVS then terminated Casey’s employment effective at the start of April of 2022 — less than two weeks after she was given a pay raise.

The lawsuit asserts just one count: an alleged violation of the Virginia Conscience Clause, which essentially says employees who object in writing cannot be punished for refusing to participate in abortions. It asks the court to declare that CVS violated that law. It also seeks $100,000 in damages as well as attorneys’ fees.

While this case was filed under a law that is specific to Virginia only, it raises the issue of how far employers must go to accommodate the religious beliefs of their employees. Accommodation of religious beliefs is required under Title VII, which is a federal law.

Here are some pointers for HR to keep in mind when evaluating requests for religious accommodation.

First, remember that under Title VII, employers are required to accommodate only “sincerely held” religious beliefs. In the vast run of cases, this issue will not arise – but that does not mean the possibility that it does arise should be ignored. If an employer has a legitimate doubt about whether an accommodation request is really based on religion, it can address that issue with the employee.

Some factors tend to undermine an employee’s claim that a request for accommodation is indeed based on a sincerely held religious belief. For example, an employer has a legitimate reason to doubt the sincerity of a request made for a religious reason if the same request was earlier submitted for a non-religious reason. Another factor undermining the sincerity of a request, according to the EEOC: the employee acts in a manner that is inconsistent with the alleged belief.

In some cases, it may be appropriate to relieve an employee of a particular job task as a reasonable accommodation. This is a fact-specific inquiry, and the answer to the question will depend on the individual circumstances involved. Relevant factors include the specific nature of the duty at issue and the availability of others to perform the function.

Next, it is crucial to remember that an employer’s duty to provide religious accommodation is limited by the concept of undue hardship. An employer is not required to provide any accommodation that would impose more than a de minimis burden or cost on its business operations. In determining whether this standard has been met, consider:

Once a particular accommodation has been provided, be careful about repealing it. Unless it is no longer effective or is creating some type of issue, pulling the plug on an accommodation that was working just fine — as CVS allegedly did in this case — can be strong evidence to support a bias allegation.