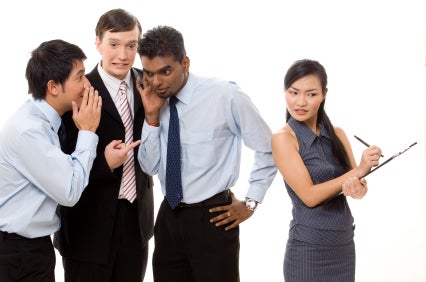 There’s always going to be some conflict in the workplace, but the real trouble can happen when employees take their anger a step further.

A new study by insuranceQuotes, which surveyed over 1,000 U.S. workers, found that 44% of employees admitted to exacting revenge on a co-worker.

These acts of revenge range from small to severe, and were committed by employees from all job levels — but some more than others. Those who were most likely to seek revenge were senior managers, while the group least likely to retaliate was entry level employees.

Employees’ reasons for revenge varied quite a bit, with the top responses being someone “made them look bad” (51%) and a co-worker was “rude or disrespectful” (50%).

Here are some of the other popular reasons employees got revenge (multiple responses were allowed):

And here are the top 10 ways employees have gotten revenge on their co-workers:

Some of these acts of retaliation were more severe than others, but oftentimes, the wronged employees had an eye-for-an-eye attitude by doing the same thing a co-worker did to them.

While managers can’t prevent all acts of retaliation, they can keep a close eye on their employees and how they interact with each other. Letting employees know that bad behavior will be dealt with could stop people from taking matters into their own hands.

Building a company culture where employees trust one and another and feel comfortable reporting unacceptable behavior is another key to preventing workplace revenge.