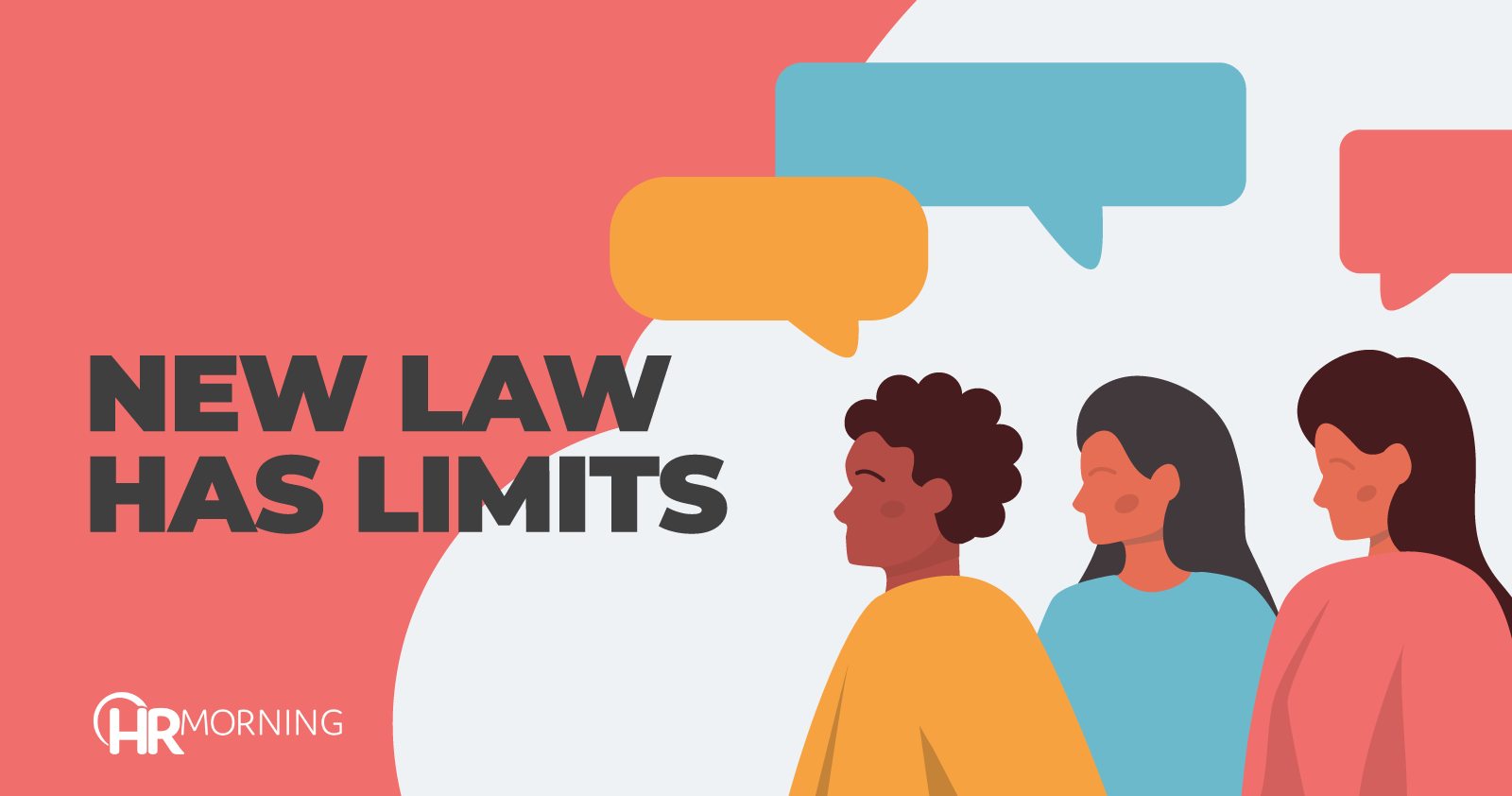 Ushered in with considerable fanfare, the Speak Out Act is widely being hailed as landmark federal legislation. But what does it really say – and do?

The new legislative measure – which is sure to be signed into law by President Biden – bans the judicial enforcement of pre-existing nondisclosure or non-disparagement clauses in cases involving sexual assault or sexual harassment.

It’s a significant statute with a laudable goal: to ban employers from muzzling employees who wish to speak out about sexual misconduct at work.

It is also indicative of a trend toward more broadly protecting employee rights in this area, as it comes on the heels of federal legislation barring mandatory arbitration of claims involving sexual assault and sexual harassment.

But a closer look raises a question: Does the new law’s substance justify the hype surrounding it?

Read on — and decide for yourself.

Speak Out Act: A positive step

Let’s make one thing clear: The passage of this legislation is undoubtedly a positive development, and here’s why. It establishes beyond a doubt that these agreements are unenforceable (as they should be), and it calls attention to that fact. Encouraging victims of a sexually hostile work environment to speak out freely is a good thing, as is clarifying via federal codification that purported agreements to block such speech beforehand are not enforceable. But it is also apparent that the reach of the new law is limited, and that it has its shortcomings.

First, the Speak Out Act is narrow in scope. Specifically, it applies only to pre-dispute agreements. That means it does nothing to stop the kind of hush money arrangements reportedly entered into after the fact by people like Harvey Weinstein – who has been portrayed as a catalyst for the legislation. The law does not block parties from entering into nondisclosure agreements after sexual misconduct takes place.

To be clear, Weinstein also reportedly subjected employees to nondisclosure requirements at the onset of employment. But insofar as those provisions could be construed to have banned the reporting of criminal activity, including criminal activity related to sexual misconduct, the argument is strong that they were already null and void.

And that is the second limitation of the new law: The class of nondisclosure agreement provisions that it bans were likely already illegal as against public policy. As such, there is a strong argument that the law merely codifies a legal truism that previously existed.

Third, the statute essentially elevates sexual harassment over other forms of mistreatment at work. It portrays a value judgment that victims of sexual mistreatment are entitled to a greater level of protection in regard to nondisclosure requirements than victims of other forms of workplace mistreatment. But should federal statutory law provide a greater level of protection in this regard for sexual mistreatment cases than it does for cases involving other kinds of mistreatment? It is reasonable to suggest that people in other traditionally oppressed groups, such as racial minorities, may be asking, “What about us?”

Fourth, a number of state laws already provide these broader protections. In Maine, for example, employers cannot use nondisclosure agreements to block employees from talking about workplace discrimination and harassment. And in California, employers cannot use nondisclosure agreements in connection with settlement agreements that involve sexual assault or sexual harassment. These laws place a glaring spotlight on the absence of a broader measure of protection in the Speak Out Act.

While significantly limited, the Speak Out Act is a positive development that may encourage more employees to report sexual misconduct at work. And in light of the problem it seeks to remedy, it also highlights the need for employers to place a renewed focus on fostering a culture that has zero tolerance for sexual harassment and related misconduct.