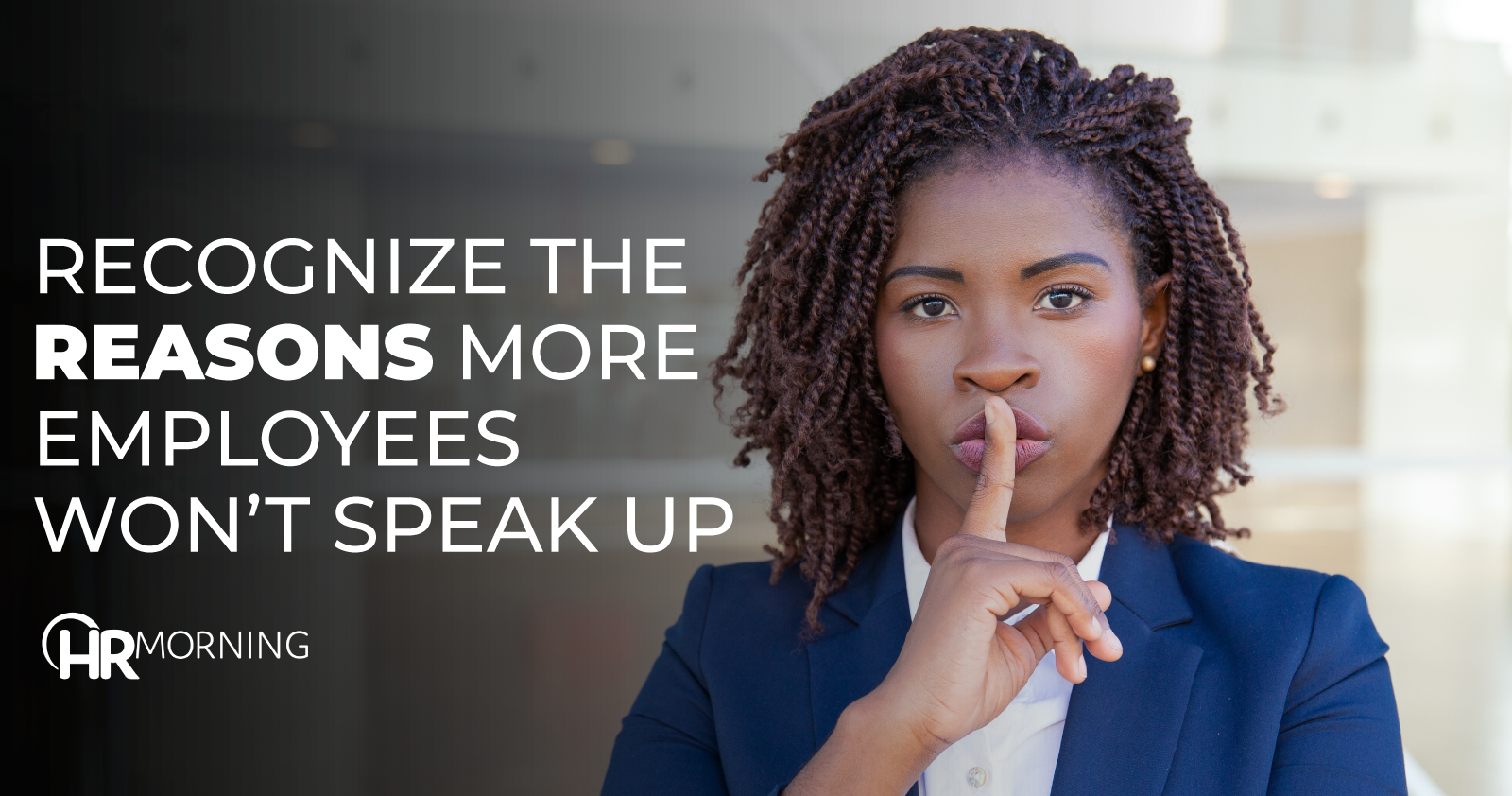 One of the best ways to keep employees safe and thriving in the workplace is to be aware of any issues or wrongdoing that may prevent them from doing their job, feeling comfortable around their co-workers, or even wanting to stay at their company.

But when it comes to collecting information about workplace wrongdoing, are companies getting all the information they need? They may think that their employees are reporting issues to them, but they’re most likely working with an incomplete view, as companies may receive reports on certain issues from employees, but not on all issues.

And issues like harassment, discrimination, and other interpersonal challenges could not only affect the workforce internally, but could affect the brand externally as well.

A new report looks at the State of Workplace Wrongdoing, which investigates how 1,000 employees experience wrongdoing at their workplace and how they respond to it. Not only does it put some hard data behind when and why employees report — or don’t report — it gives an interesting insight into how employees approach raising specific issues to leadership.

But when asked what kinds of wrongdoing they commonly see the most at work, the list switches. Employees actually see bias the most, followed by bullying, discrimination, and harassment. They see unsafe working conditions and fraud the least.

And that’s a problem for companies wanting to know the true state of wrongdoing in their workplace.

We know the kind of interpersonal, reputational, and morale damage ongoing instances of discrimination, bullying and harassment can cause when unaddressed in the workplace.

But instances of fraud and especially unsafe conditions can pose a real threat as well. The problem is not that one is being reported more, it’s that they should all be reported, and that employees should feel like they can report all of them equally — especially the issues they readily see around them. But that seems not to be the case.

There’s also something tangible to point to — a balance sheet, or a slippery floor — which means that the company will typically act to resolve the issue. This could be why these two were the issues employees were most likely to report, even though they see them the least at their workplace.

Compare that to the reason why employees are hesitant to report issues like harassment, bullying or discrimination: they’re afraid of retaliation, they’re afraid nothing will be done about it and they’re afraid they won’t be believed.

They may have seen someone report one of these issues in the past and watch the impact: demotion, firing, told they weren’t a team player, shunning or shaming. The EEOC notes that retaliation is the “most frequently alleged basis of discrimination” — which means that it’s very present in workplace dynamics.

For example, a Harvard Business Review article reveals that women who reported harassment faced disbelief and retaliation for doing so. This is probably why these issues were the ones employees would be less likely to report, even though they see them the most.

Since companies should want to know the full picture of what’s occurring in their workplaces, how do companies get employees to report the things they see, and not be fearful to do so?

Encouraging people to speak up

According to the report, there are a few things that employees say would encourage them and their teams to increase their reporting:

Ensure anonymous reporting: If reporting is truly anonymous, it mitigates fears over retaliation or job loss. It also allows more vulnerable employees who “can’t take the risk” or who have been retaliated against in the past to let their voices be heard.

User-friendly reporting: Employees want an easy way to report issues, like through a user-friendly platform that makes the process painless. This also means that companies need to make sure their employees know what resources are available to them, and what channels they can use to report. Many times employees don’t even know how to report if they wanted to.

Encouragement from leadership: Employees believe that encouragement from leadership will help increase reporting — which means encouraging all forms of reporting, not just some that are easier to deal with. Companies need to lead the messaging from the top about wanting to create a safe space for all, but also need to take the actions necessary to follow through on reports.

Companies are able to shift their culture to encourage the reporting of all instances of wrongdoing, not just some. But it takes being willing to scrutinize outdated approaches and creating a culture where employees don’t need to fear pointing out what they see around them.

Claire Schmidt, HR Expert Contributor
Claire Schmidt is the Founder and CEO of AllVoices, a platform that enables anyone to anonymously report sexual harassment and workplace issues directly to company leadership. Before founding AllVoices, Claire served as Vice President of Technology and Innovation at 20th Century Fox. In 2010 she helped found and lead Thorn: Digital Defenders of Children, a nonprofit organization which deploys technology in innovative ways to fight child sex trafficking.