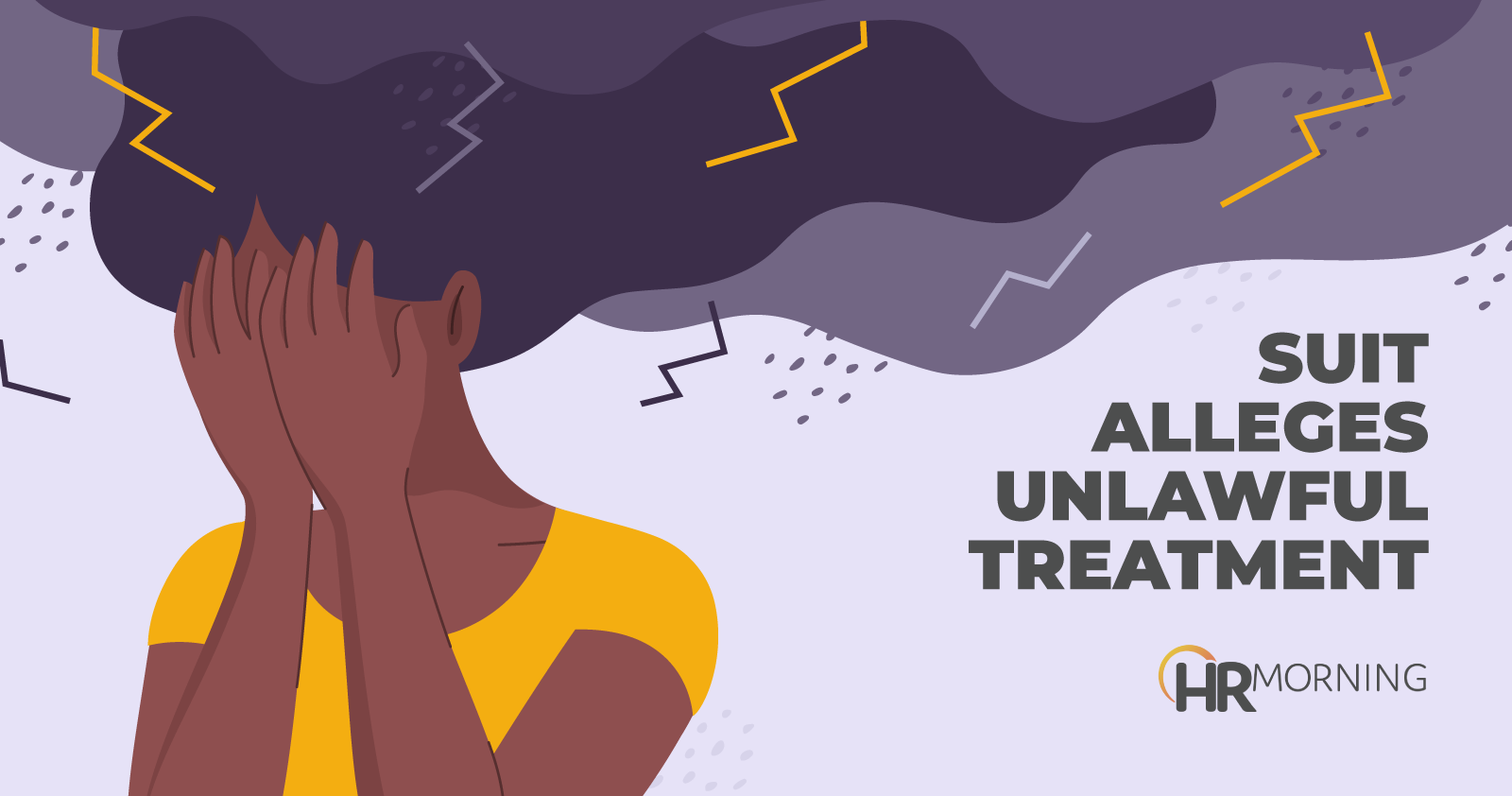 [UPDATE: SHRM has filed an answer to this suit, denying its allegations and seeking dismissal. Click here for more.]

It’s been busy at the legal office of the Society for Human Resource Management (SHRM) recently. Less than a week after settling a disability discrimination lawsuit for allegedly denying ADA disability accommodations to learners during educational events, SHRM was served with a second lawsuit for racial discrimination and retaliation by a former member of its educational design department.

What in the world is happening inside HR’s venerated Voice of All Things Work?

The plaintiff in the case is Rehab Mohamed, a brown-skinned Egyptian Arab woman who worked as a senior instructional designer in SHRM’s educational design department from 2016 to 2020. SHRM stands accused of discriminating against Mohamed based on her race and color, as well as unlawful retaliation, in violation of Title VII.

Mohamed says that throughout her tenure of employment at SHRM, she earned positive performance reviews and two promotions. However, things changed abruptly – and decidedly for the worse – when she was assigned a new direct supervisor in January of 2020. The suit alleges this new supervisor “systematically favored” white subordinates to the detriment of their non-white colleagues.

“The most compelling part of the case is the different standard that [Mohamed] was held to. The situation really deteriorated after she brought forward her concerns. Rather than address them, they just set her up to fail.”

First, Mohamed claims her work was subject to “undeserved scrutiny” and “unreasonably strict supervision,” while white peers were permitted to work freely and independently.

Second, Mohamed alleges that the supervisor insisted on attending Mohamed’s vendor meetings and being cc’d on email communications. Meanwhile, white teammates were permitted to independently schedule meetings and communicate with management and external vendors, she asserts.

In addition, the supervisor allegedly was “more antagonistic” to Mohamed than the others, frequently minimized her contributions, required her to ghost-write emails for the supervisor to send, and claimed credit for Mohamed’s ideas in meetings.

The often-colorful suit says Mohamed complained of the allegedly unfair treatment to her supervisor’s manager in June 2020, feeling “empowered by the public zeitgeist following the high-profile murder of George Floyd.” Mohamed allegedly then met with the company’s Vice President of Education and the supervisor and then with the supervisor individually, but no resolution was reached.

Not long after the conversations, Mohamed alleges, her supervisor began to exclude her from meetings and chances to advance within the company; criticized her work without justification; and “[set] her up to be fired within weeks.” The suit adds that her supervisor replied with a classically improper — and illegal — response by immediately retaliating against Mohamed for complaining about the alleged discriminatory treatment.

Retaliation is clearly prohibited by Title VII, and employers may not discriminate against employees because they engage in protected conduct such as complaining of alleged unlawful discrimination.

As the situation worsened, Mohamed continued to escalate her complaint through the ranks, meeting with HR representatives and the Vice President of Education. After the fifth meeting with no resolution, Mohamed reached out to the CEO.

According to the suit, the CEO invited Mohamed to his office and listened to her concerns. During the conversation, she claims he stated that SHRM “as a whole was struggling with ‘people manager’ and diversity issues.” Following the conversation, the CEO personally connected her to SHRM’s CHRO for further discussion. After hearing Mohamed’s experiences, she claimed the CHRO was sympathetic to her view and stated that he “would explore organizational changes to move her (supervisor) to a different role.”

However, when the CHRO responded to Mohamed, it did not go as expected. Mohamed was assigned for coaching sessions with the Director of Talent Development, who made suggestions on how Mohamed could improve her communication style – and accused Mohamed of causing low morale. They met for two sessions – bringing the tally to nine mediation sessions — with no improvement or resolution in the situation.

The work trends of communication and management continued without change for the next month, and Mohamed’s supervisor asked for all updates via email. The internal investigation closed in late August 2020 with a letter from the CHRO determining that her complaints were unfounded. After missing an assignment deadline due to a vendor stall the next day, Mohamed was fired.

The claim was filed with the EEOC in February 2021. The suit names only SHRM as a defendant. It alleges unlawful race/color discrimination and retaliation under Title VII and Section 1981. Unlike Title VII, there is no damages cap on race discrimination claims filed under Section 1981.

Tom D’Agostino, JD: Many discrimination suits are premised on allegations that problems began when a new supervisor was assigned. Here, a woman of color asserts that she was micromanaged and generally subjected to increased scrutiny by a new supervisor while allegedly witnessing white colleagues being treated much more favorably. Inexperienced managers may not realize that granting trust unevenly may be used to support a claim of unlawful bias. This is one of many reasons why new supervisors must be carefully trained when they are assigned to manage a new team. To ensure a smooth transition, managers must also be acclimated to the working style of each subordinate — and more particularly to whether they were granted any accommodation, such as a disability-related or religious accommodation, by their outgoing supervisor. When organizations allow new manager training to fall short, they are potentially exposing themselves to significant legal risk.

Kelly Makino, MSW, EdD: There are three things that struck me about this case.

First, the good: there was considerable time invested – a ton of meetings – and the plaintiff had access to anyone she wanted to talk to, even the C-suite. That’s great. And while we don’t have SHRM’s side yet, which is important, there is major learning from this litigation and it’s mostly this: documentation is your best friend in an investigation.

Lastly, it’s worth noting that both the disability suit and this one painted a picture of dismissed concerns, spotty communication, and slow follow-ups. It makes sense they share elements when both lawsuits involve teams in the same department. Hopefully, the experts at SHRM are already working on how to shift the management culture into a healthier place.

Kelly Makino contributed to this article.