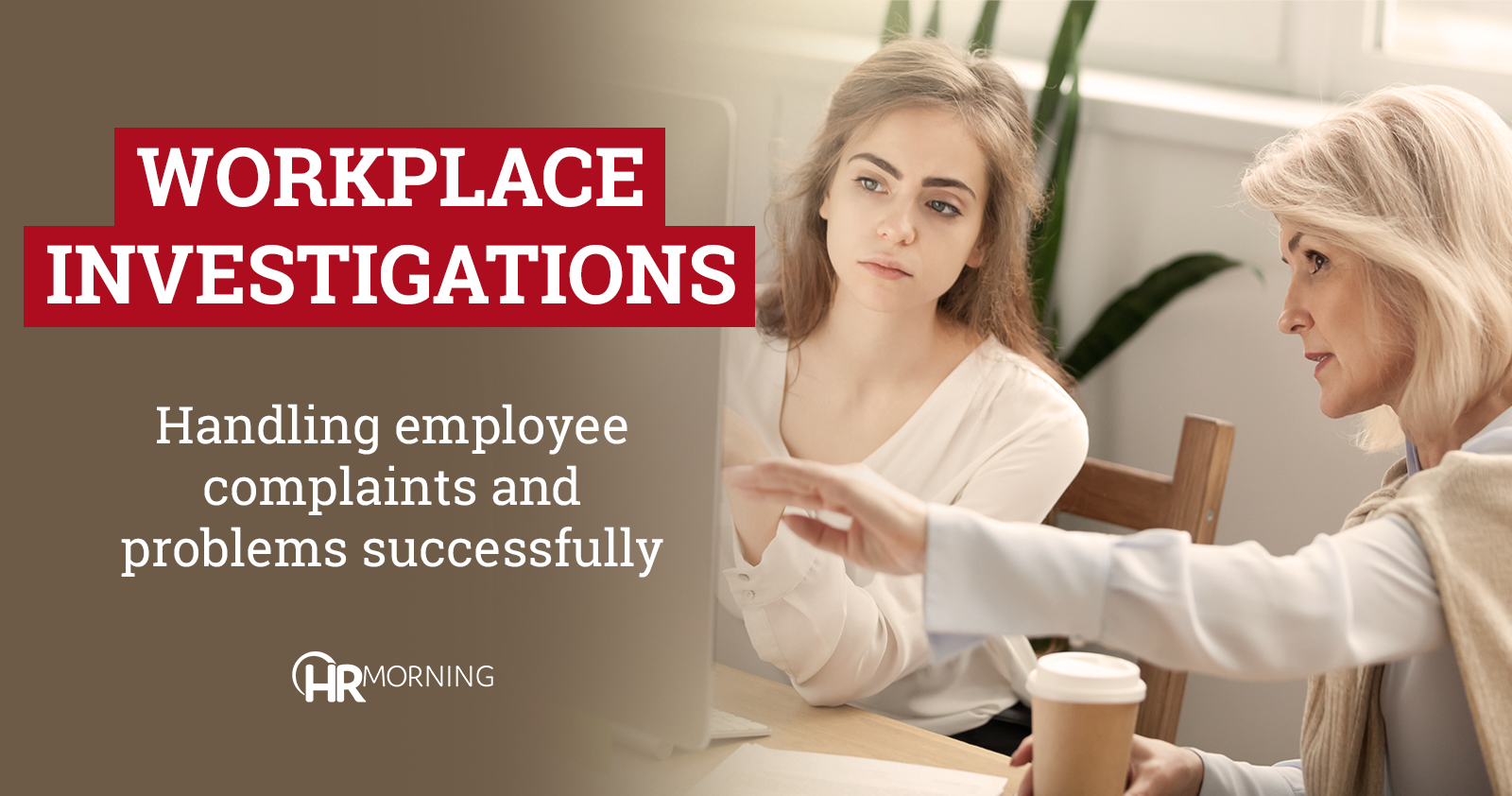 We live in a litigious world, and nowhere is that truer than in the workplace. Especially since the #MeToo era began, workplace investigations have come under increased scrutiny.

Two leading investigators – Alison West and Michael W. Johnson – recently talked about how to handle a workplace investigation that’ll both be successful and keep the company out of trouble with XpertHR.

They came up with five areas of concern.

Just because an employee continues to perform his or her duties during an ongoing investigation doesn’t mean they approve of the harassing behavior. Remember, these folks can be key in any workplace investigation.

West quoted common comments she hears during a session with an employee:

Think of it this way: Being part of the team doesn’t guarantee approval.

As you probably know, hearsay isn’t admissible in court. But West points out that it can be very useful in a workplace investigation. “Hearsay can lead to relevant evidence,” she stressed. “Do not discount it! [You need to] follow all of the facts.”

3. Create an atmosphere of trust

A lot of cases come down to “he said, she said,” according to Johnson. Thus, a lot of cases end up being deemed “unsubstantiated.”

And that discourages people from bringing their cases to superiors. They’re afraid of retaliation or that they won’t be able to prove their case.

So it’s up to management to make sure employees know they’ll be treated fairly when they come forward. That means a clear policy included in the employee handbook.

You should let witnesses do the lion’s share of the talking, Johnson said. Yes or no questions make it easier for the person to lie.

And avoid “why” questions, he said. They often sound accusatory.

5. No place for amateurs

Not surprisingly, West highly recommends getting an outside investigator, especially when the accused harasser is in a position of power. “You need an experienced investigator” because of the extremely delicate nature of these investigations.