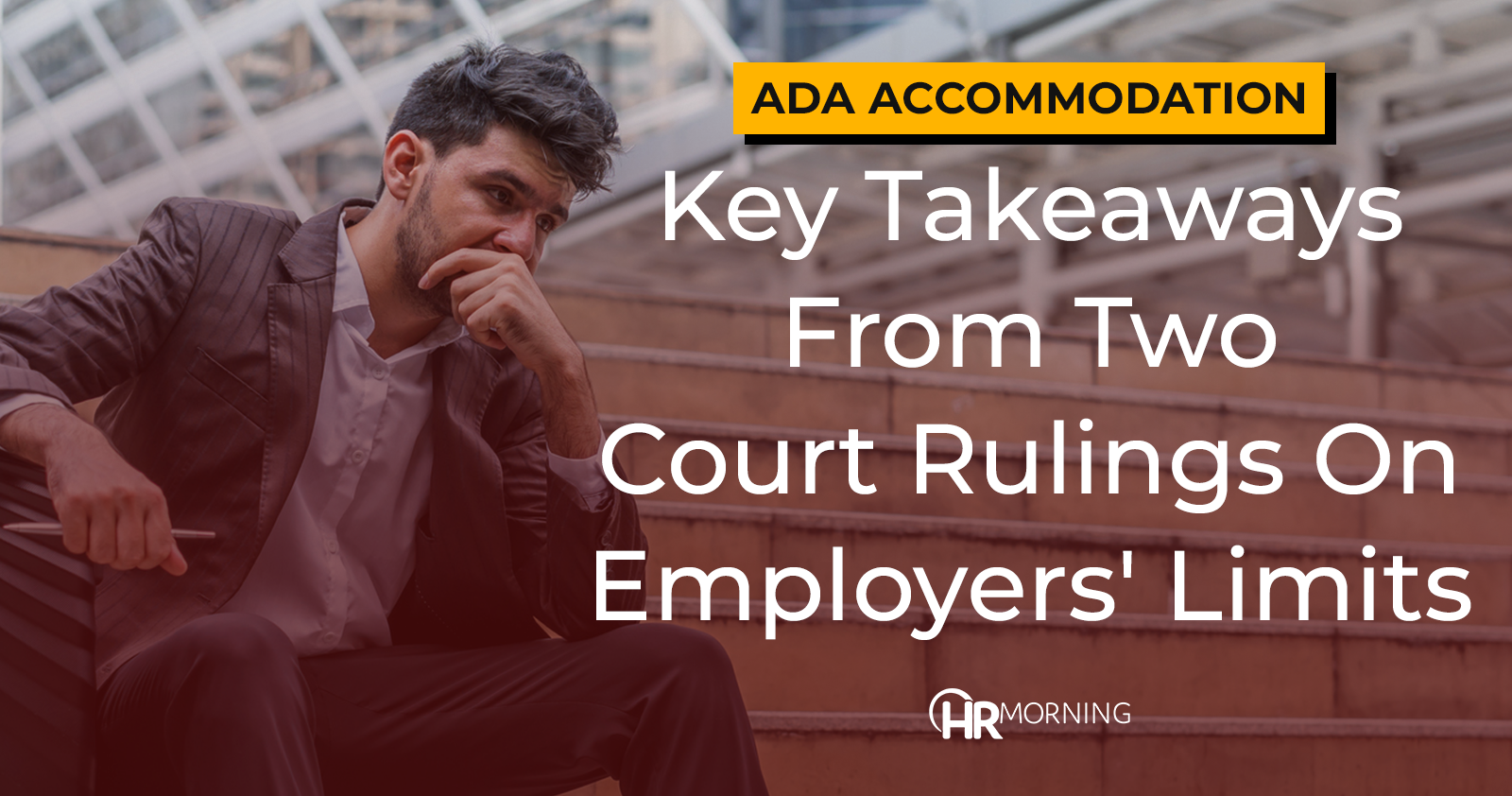 Ever since the ADA went into effect, employers have been warned that virtually any condition can now fit the definition of a disability.
But the ADA laws have limits, as two recent court rulings illustrate.

In Connelly v. WellStar Health System Inc., a former worker filed , failure to accommodate and retaliation suit after the company fired her within a few weeks of returning from FMLA leave.

Since she reported to work under the influence of drugs and failed a drug test – a violation of company policy – the company fired her.

She argued that WellStar didn’t consult a doctor to determine if the unreported drugs were the cause of the impairment and didn’t accommodate her by allowing enough time for her to compose herself.

On four previous occasions, WellStar allowed the employee, who had a depressive disorder, to cool down or go home, she argued. However, the court rejected her argument.

The company didn’t fail to accommodate or retaliate because the employee didn’t request this time, said the court. It didn’t matter that the company had given her time to compose herself on other occasions.

An employer isn’t obligated to provide an accommodation unless the employee makes a direct request and “unless the need for an accommodation is obvious, i.e., an employee who uses a wheelchair,”  said labor attorney Melissa Legault in EmploymentWorldView.com.

In the past, courts have found that stress and unexcused absences are also not considered obvious signs of a disability.

When evaluating ADA claims of discrimination, “courts apply a multi-step, burden-shifting framework,” said Legault. For example, in this case:

In a second similar case (decided the day after the WellStar case), Fragada v. United Airlines Inc., an employee was terminated after he failed a drug test (again violating company policy).

Like the WellStar employee, he sued, alleging disability discrimination and disputing the test results.

However, the employee, who said he suffered from an attention disorder, failed to show enough proof for disability discrimination, said the court, because United Airlines:

Both cases provide a good reminder of the limits and requirements under the ADA, said Legault.
I