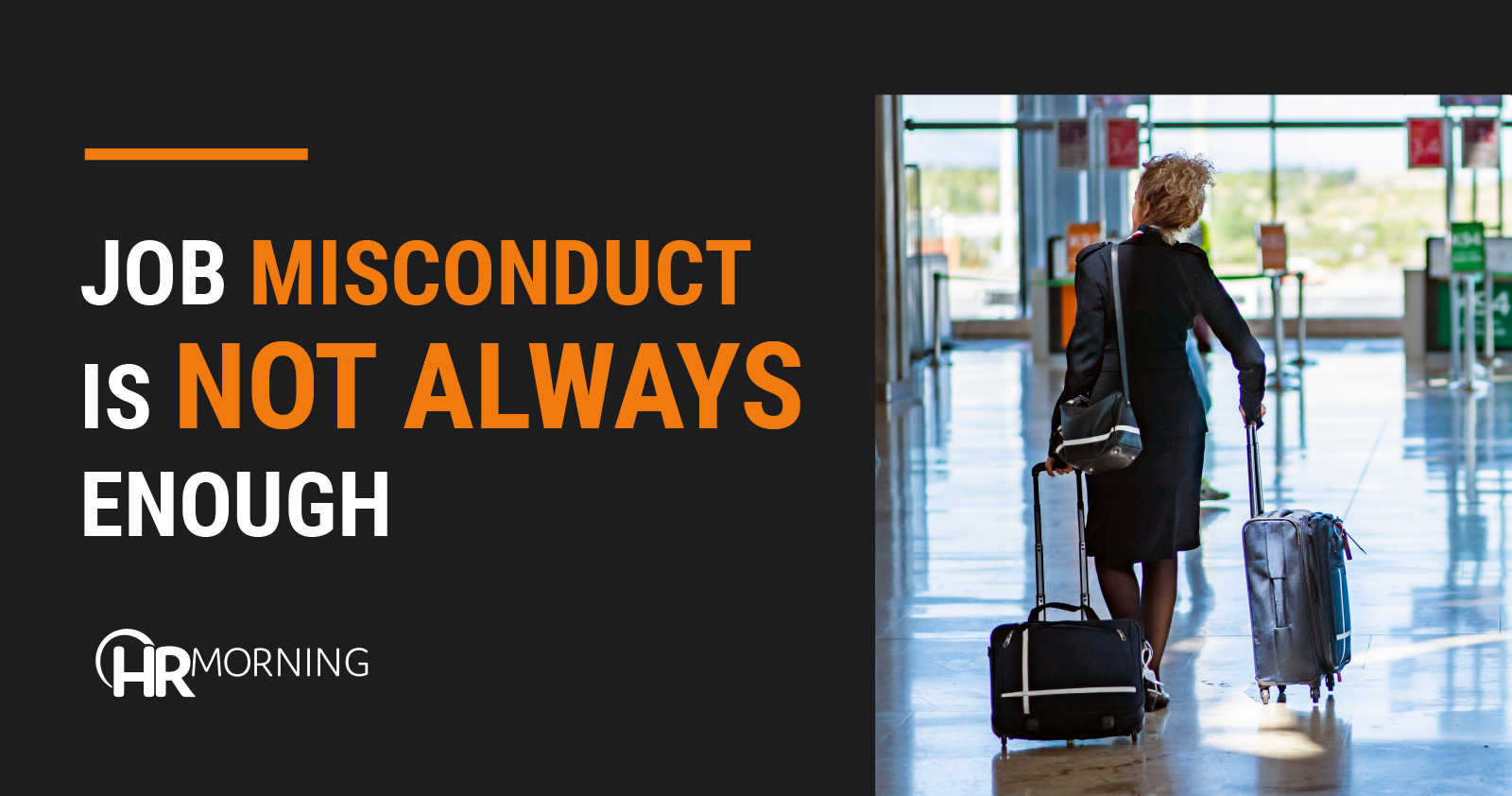 How do employees who engage in workplace misconduct win age discrimination cases? Here’s how.

The U.S. Court of Appeals for the Tenth Circuit upheld a verdict in favor of United Airlines flight attendants. The former employees convinced a federal jury that they were discharged based on their age.

In 2013, another flight attendant complained to a supervisor that Stroup and Lee watched a video on an iPad while they were on duty.

United arranged for a supervisor from another location to anonymously observe Stroup and Lee during a short flight between Denver and San Francisco.

After doing so, that supervisor reported several policy violations.

He photographed the pair watching video on an iPad. The supervisor also reported that they violated United policy by sitting on containers used to stow items.

And he observed other violations as well. Lee smoked an e-cigarette during the flight, and he did not position himself properly during the safety demonstration. The pair’s beverage service was “rushed and incomplete,” he reported.

Also, they did not wear their aprons and name tags. Lee gave a free alcoholic beverage to a customer. And the pair did not comply with sanitation procedures relating to water service.

The pair’s supervisor then met with them and their union representative.

The supervisor was not happy after the meeting. He believed the pair may have been dishonest. They later admitted that their statements about iPad usage and video watching were not true.

A senior manager decided to terminate Stroup and Lee, in “large part” because he “didn’t find them trustworthy.” United later agreed to let them retire, and they both did so.

The pair sued United under the federal Age Discrimination in Employment Act (ADEA). They said United terminated their employment based on their age.

At trial, they emphasized allegedly shifting reasons for the termination.

They noted that the Letters of Charge did not raise concerns related to safety or honesty, even though United said that was why they were terminated.

To support their claims, they said the violations they committed were “commonplace” or “minor.”

And they said United sent the anonymous observer to target them. He admitted that United did not tell him to watch the other flight attendants who worked that flight.

Why No Progressive Discipline?

There was also evidence at trial that United typically would dole out progressive discipline in cases like this. This time, it moved quickly to a termination decision.

United filed a motion for judgment as a matter of law and for a new trial.

The trial court denied the motion. It said there was enough evidence for the jury to find that United intentionally discriminated against Stroup and Lee.

United argued that there simply was not enough evidence to support the finding of unlawful discrimination. It also argued that the trial court improperly admitted testimony regarding alleged emotional distress the plaintiffs suffered. United said that testimony was “irrelevant and highly prejudicial.”

It said it exercised its business judgment in good faith.

The court said that the case hinged on the issue of whether United’s proffered reasons for terminating the plaintiffs were pretextual.

On that question, it said, the plaintiffs undermined the credibility of United’s witnesses, the court said. They also underscored an “alleged disconnect” in its reasons for disciplining them.

The jury reasonably could have determined that the terminating manager’s testimony was not credible, the appeals court ruled.

There was enough evidence for the jury to conclude that there was pretext, it said.

It goes without saying that job misconduct can be a legitimate reason for job termination. But when things get fuzzy about whether disciplinary policies were followed — or evenly applied — employers can easily find themselves in legal trouble. And few things hurt an employer more in these cases than providing shifting reasons for the decision to terminate.