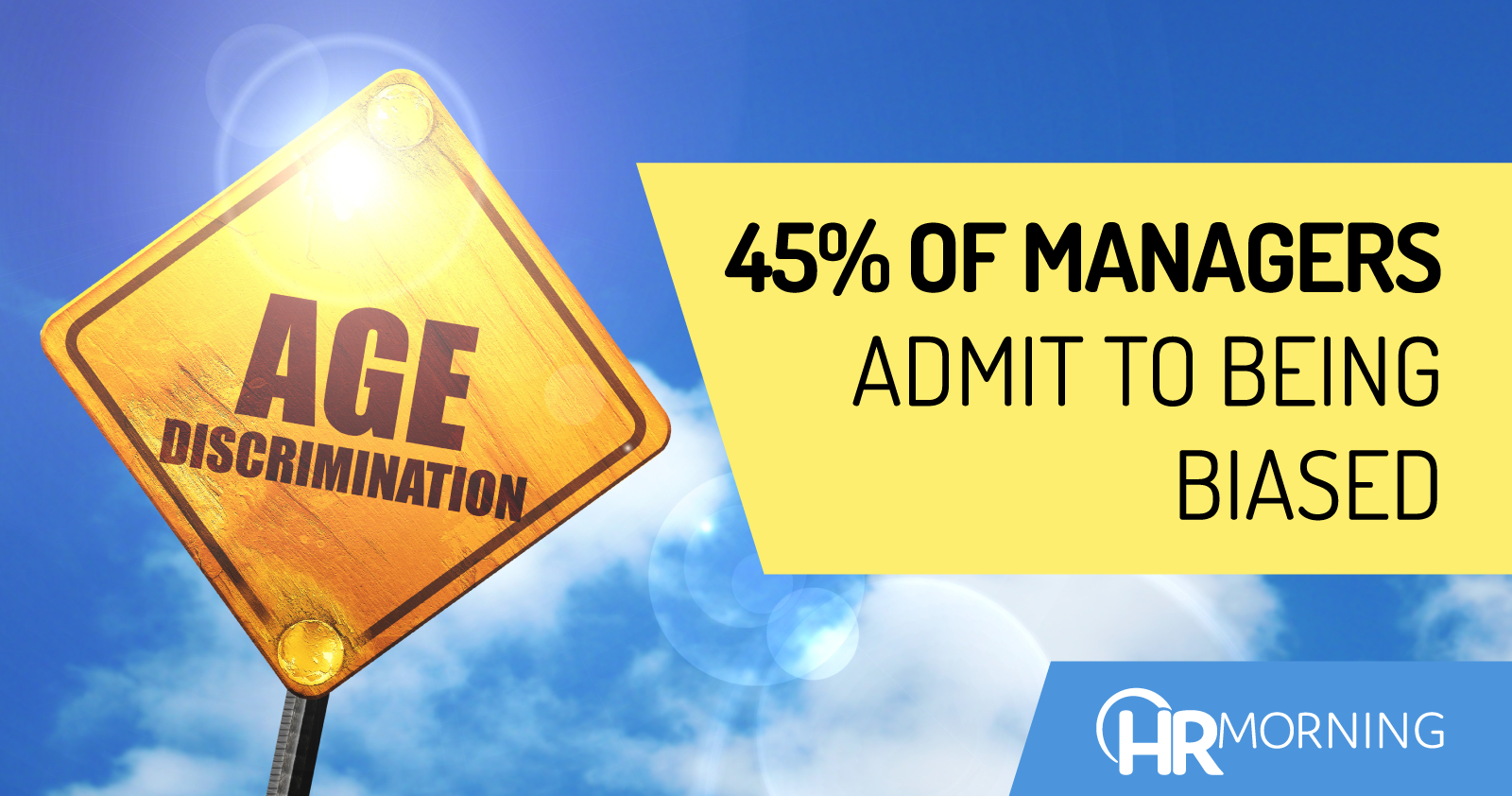 Every hiring professional knows it’s illegal to discriminate against a candidate based on their gender, race, religion or age.

But a recent survey revealed that a good amount of hirers find themselves inadvertently engaging in age discrimination during the hiring process.

Here’s a breakdown of the surprising results of Resume Builder’s survey.

Out of the 800 hiring managers Resume Builder surveyed, 38% admitted to catching themselves taking age into consideration while reviewing applications.

Even more shockingly, 45% of hiring managers know of colleagues who are openly biased against applicants over a certain age. Only 44% of hirers say age doesn’t factor into their employment decisions at all.

While a lot of progress has been made regarding age discrimination in the workplace, there’s still a long way to go, as these results indicate.

It’s also not only older candidates hiring managers are wary of.

Eighty percent of hirers reported having concerns with both those over 60 and those under 25.

What are the top concerns with older candidates?

Hiring managers biased against younger applicants had a different set of concerns:

Age bias is often tricky to address, because so much of it is unconscious and based on preconceived notions.

So what can HR pros do to help tackle unconscious age bias? The hiring managers themselves had some suggestions. Forty-one percent said that resumes including photos of the candidates or their graduation years made age bias more likely to occur.

Many hiring managers still want to see all the relevant experience, even if it spans decades (which hints at a candidate’s age) — but removing graduation dates can help fight unconscious age bias.

With the current talent shortage, employers are in no position to turn down great talent over a hiring manager’s age concerns. It’s a great idea for HR and upper management to make hirers aware of unconscious age bias and what they can do to prevent it.