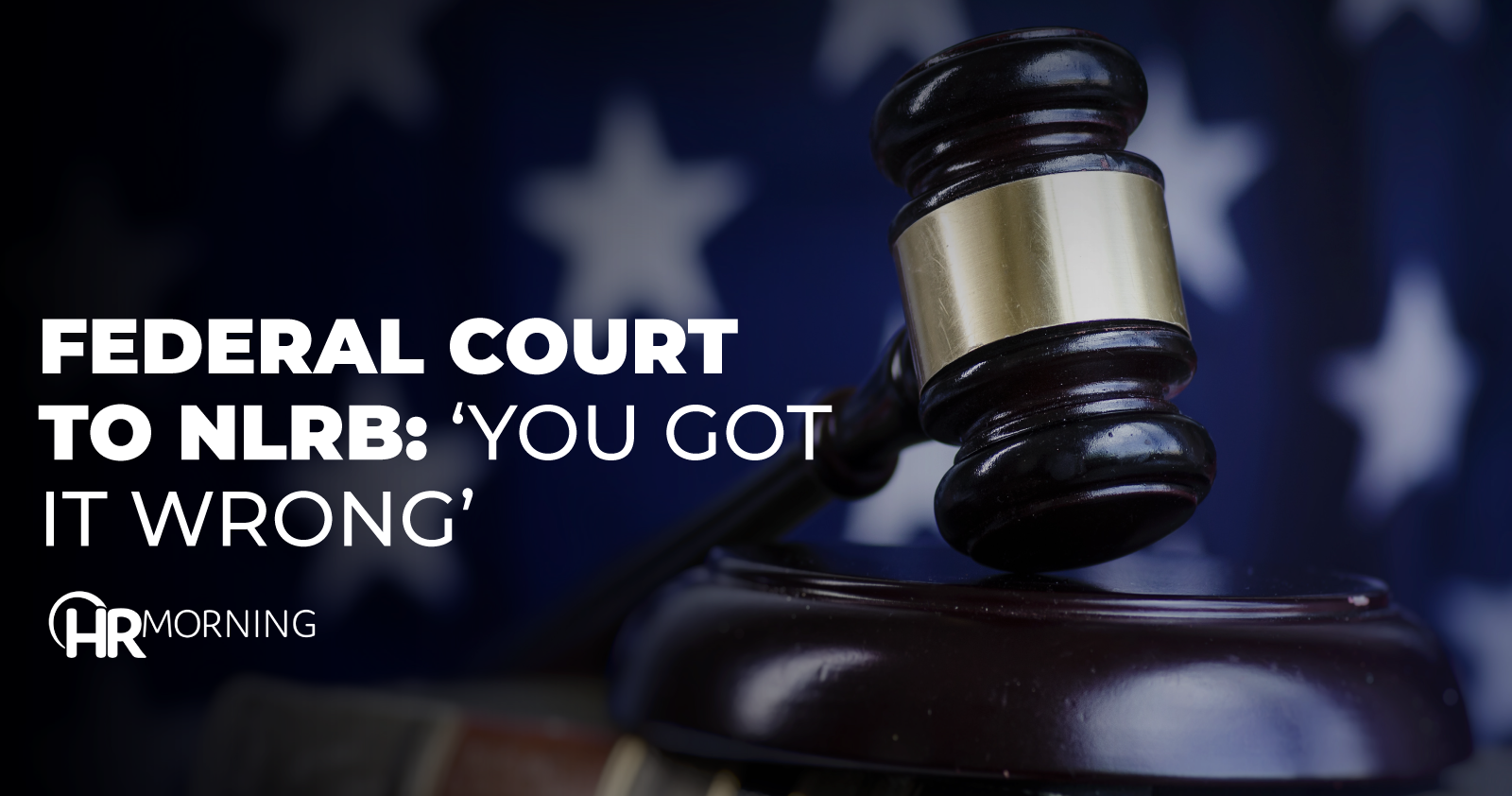 Under the National Labor Relations Act, employers cannot interfere with or restrain employees in the exercise of their rights under the statute.

At the same time, the law does not prevent employers from expressing opinions, so long as there is “no threat of reprisal or force or promise of benefit.”

In this case, a federal appeals court sided with an employer in assessing a supervisor’s union-related comments that were made to an employee.

The facility where she worked was unionized, whereas other Trinity facilities were not.

Employees at the facility where she worked had a unique paid-leave plan.

This distinction created some issues relating to payroll, and more specifically to timekeeping.

In December of 2017, Victoria’s time card showed that she had earned three days of paid leave. But the company’s records indicated otherwise.

When Victoria approached her supervisor about the discrepancy, he essentially blamed the union for the problem.

According to the court’s decision, the supervisor said “that is a problem that the union created”; “you need to fix that with the union”; and “that’s the problem with the union.”

In a split decision, a panel of the National Labor Relations Board (NLRB) determined that those statements were illegal because they had a reasonable tendency to interfere with the labor rights of employees. In so ruling, the panel noted that the statements were made amid ongoing contract negotiations and grievance proceedings.

On review, the U.S. Court of Appeals for the District of Columbia Circuit negated the panel’s decision on that issue and ruled for Trinity.

In so doing, it pointed to 29 U.S.C. 158(c), which protects the right of employers to express opinions. The expression of an opinion is not an illegal labor practice unless the employer threatens “reprisal or force” or promises “benefit[s],” the court explained.

Here, the supervisor’s remarks were expressions of opinion that did not include any threats or promises, the court said.

The court rejected the NLRB’s invitation to further ban employer statements that are false and likely to mislead employees. The statutory language does not permit such an exception, it ruled.

The board’s finding that the supervisor’s statements violated the law could not stand, the court decided.