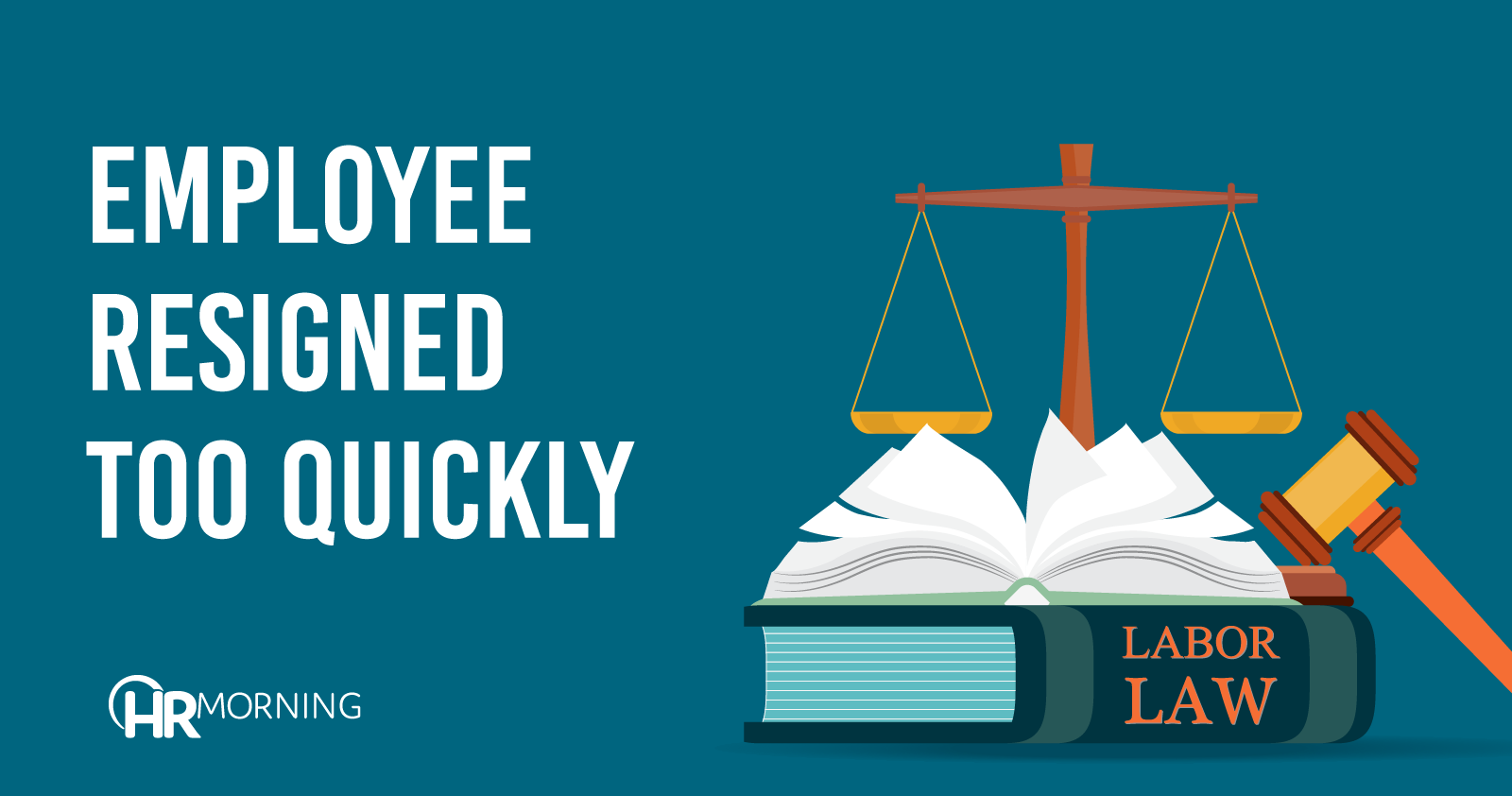 When an employee quit her job after only five days, citing terrible working conditions, she sued for constructive discharge.

But a court sided with the company, ruling the employee didn’t give the employer enough time to correct the situation.

When Noni Boddie joined Pennsylvania-based Cardone Industries as an HR director, things quickly went downhill. She began having issues immediately — primarily due to the fact her office wasn’t in the company’s headquarters, and was located in a satellite facility.

Boddie noticed problematic things at the satellite facility, such as the bulk of the company’s minority employees being placed there. She also discovered that the company had misled her about their financial situation, and Boddie was informed layoffs were on the horizon, and hiring was frozen.

After encountering a cockroach “twice the size of a cricket” in her office on her fifth day, Boddie quit, citing intolerable working conditions. She claimed she was forced to resign.

But the 3rd Circuit ruled in favor of Cardone Industries. It says in order to prove a constructive discharge claim — that is, the working conditions were so bad the employee was forced to leave the job — the employer must “knowingly permit conditions so intolerable that a reasonable person subject to them would resign.”

Boddie’s allegations didn’t quite meet that threshold, the court said. While it noted the cockroach was definitely an issue, Boddie didn’t give her employer any time to correct the situation. She resigned too quickly.

The court noted that quitting was her prerogative, but “a reasonable employee will explore other avenues before coming to the conclusion that resignation is the only option.”

This case shows employers that when an employee raises concerns about working conditions, there’s a chance to correct the situation before a court would hold the company liable.