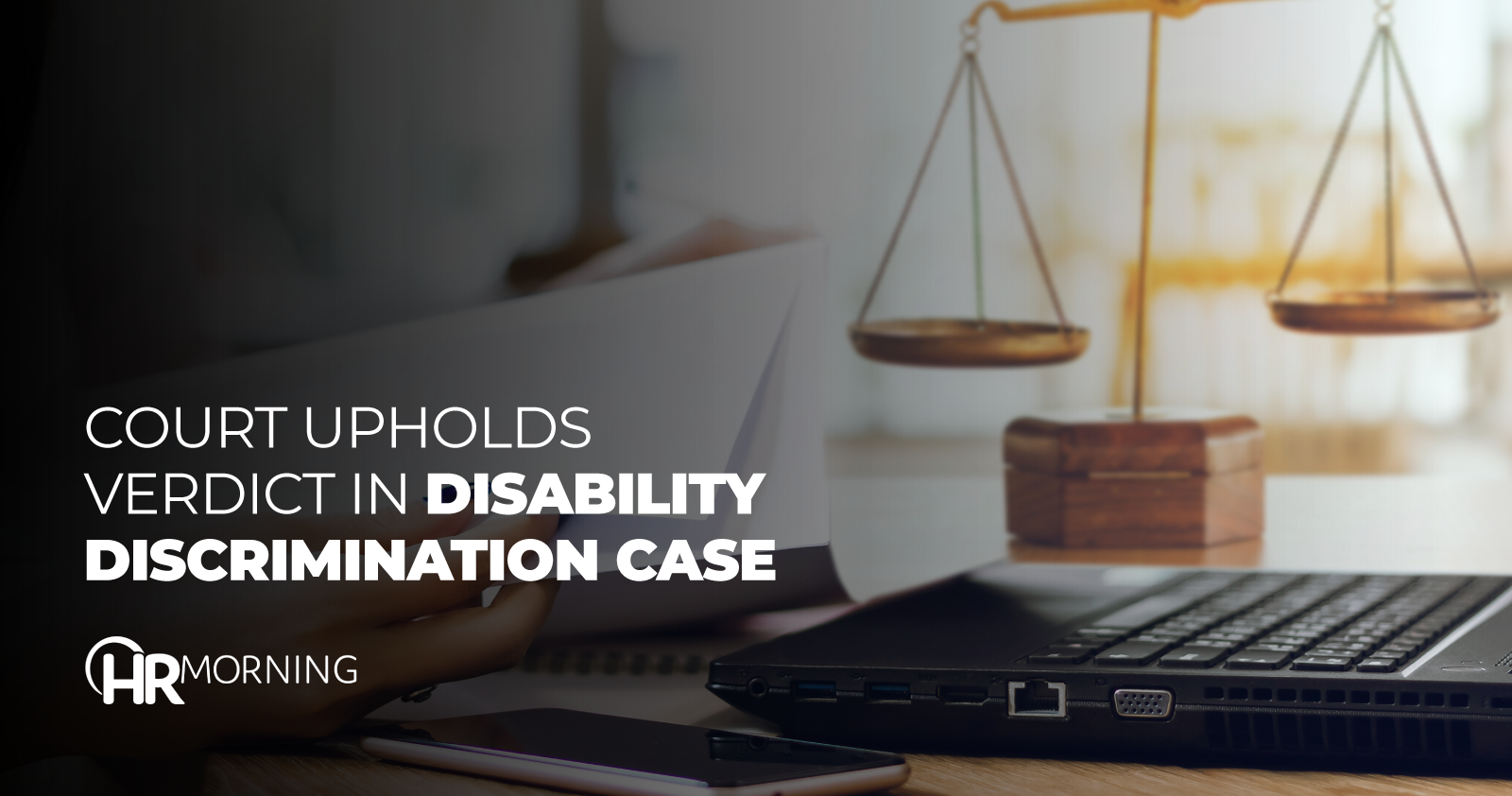 The Eleventh Circuit upheld a $300,000 award for a fired employee after a jury determined her termination amounted to disability discrimination in violation of the ADA.

Due to injuries sustained in a car accident, Ashley Merard had a tracheostomy tube that was visible on the front of her neck.

In July of 2017, she was hired as a “crew member” to work the drive-through at a fast food restaurant chain in Florida.

About a month later, on Aug. 23, Ashley was fired. When she asked her manager why she was being let go, the supervisor said “because of that” while pointing at the tube in her throat. The manager apologized and said the decision wasn’t her call.

At trial, the manager testified that she didn’t want to fire Ashley, but she was ordered to do so by her own supervisor. She also said the order initially came from the regional district manager, who threatened her job and her immediate supervisor’s job unless they fired Ashley. Moreover, a few days after Ashley was let go, they claimed that the regional district manager visited the restaurant to ensure that “the nasty girl with … the tube in the throat” was no longer working there.

Ashley filed a disability discrimination claim with the EEOC, and it issued a right-to-sue letter.

Ashley then filed a lawsuit in federal court, alleging disability discrimination in violation of the ADA and a corresponding Florida law.

The company filed a motion for judgment as a matter of law on the punitive damages. It argued that the three managers involved “were too low on the corporate hierarchy for their conduct to be imputed to the company.” It also asserted a good-faith defense based on the company’s anti-discrimination policy.

The court was not swayed. It said a regional district manager was “fairly high up in the hierarchy” and that his “nasty girl with the tube in her neck” remark raised genuine questions about whether the company “exhibited malice or a serious disregard” for Ashley’s rights. The court also rejected the good-faith defense as to its anti-discrimination policy.

As such, the district court denied the company’s motion for judgment.

It reduced the punitive-damages award to $300,000 based on the ADA’s statutory cap on damages and entered the final judgment in favor of Ashley. All told, the district court awarded Ashley $345,519.60.

The company appealed to the Eleventh Circuit. It argued that even if the regional district manager’s conduct could be imputed to the company, it was still entitled to a good-faith defense because it had established a written anti-discrimination policy.

Specifically, the policy said that employees were required to “report suspected discriminatory conduct either by notifying their supervisor (or someone in their chain of command) or by using the company hotline.”  The policy also stipulated that the reporting requirement and the number for the company hotline were to be posted on bulletin boards in employee break areas.

The problem, the court explained, was that the manager testified that she did not know about the company hotline, nor had she seen postings about one in any company break rooms. And she had worked at five different locations in the chain.

Further, she testified that she did not report the regional district manager’s misconduct, which looked to her like disability discrimination, “because she feared being fired for insubordination.”

It’s well established that an employer may not be entitled to a good-faith defense “if the evidence demonstrates” that its written anti-discrimination policy “is ineffective,” the Eleventh Circuit explained.

Here, the court said even though the company had implemented an anti-discrimination policy, it “failed to communicate and train effectively its managers and employers on that policy.”

Based on the evidence, the court held, that the anti-discrimination policy was “ineffective,” so the company wasn’t entitled to a good-faith defense. It affirmed the district court’s denial of the motion for punitive damages and upheld the award for Ashley.