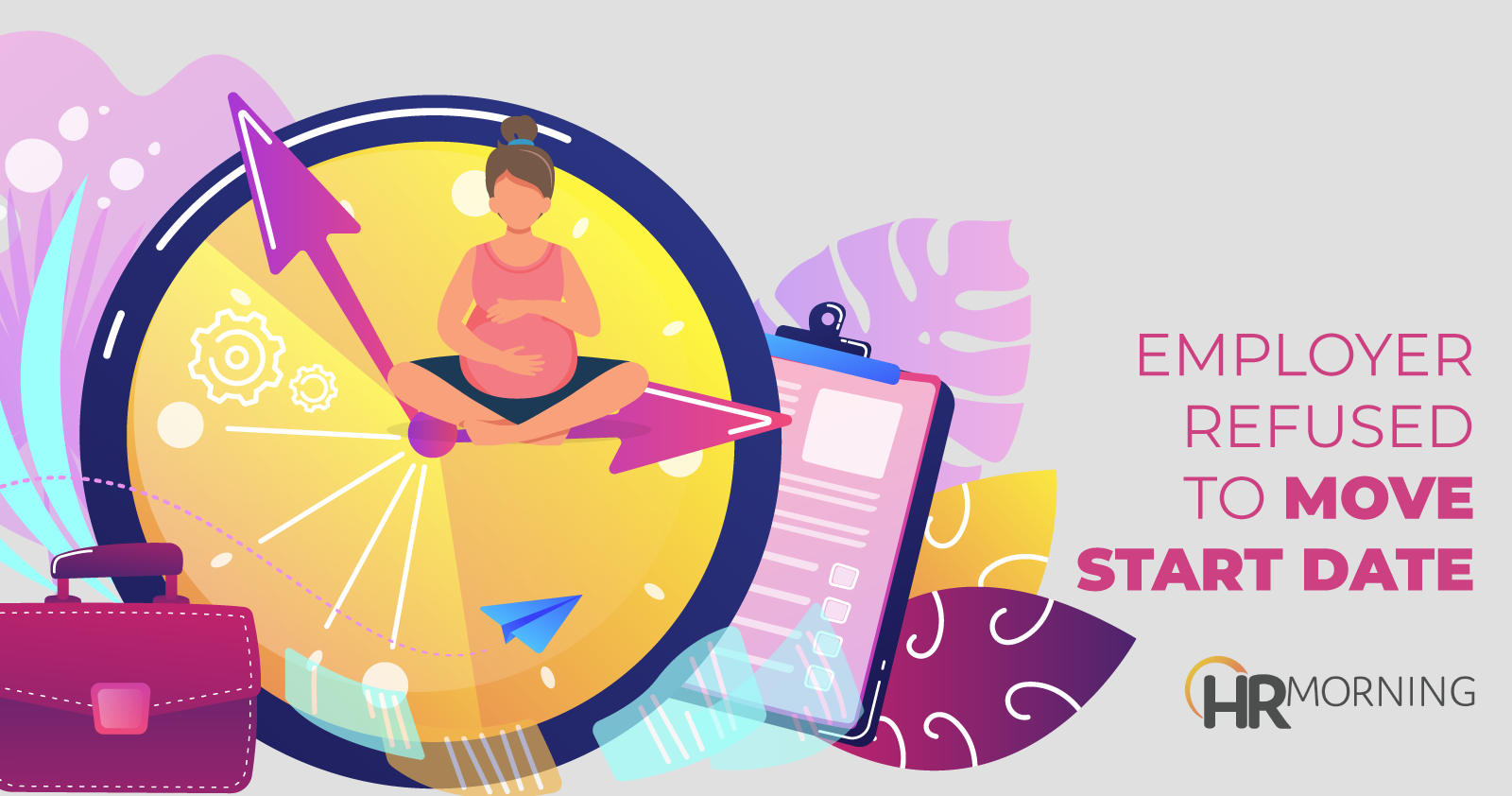 A new lawsuit filed by the Equal Employment Opportunity Commission (EEOC) accuses a hospital operator of violating the Americans with Disabilities Act (ADA) by withdrawing a job offer after a new employee developed pregnancy-related complications.

Taylor McKay applied for a job as an EMS dispatcher with St. Clare’s Health, which provides medical services in New Jersey.

In early September of 2019, St. Clare’s offered McKay the position. McKay accepted the offer. The EEOC’s lawsuit says that at the time, St. Clare’s knew McKay was about six months pregnant. It also says St. Clare’s told her that she could take a multi-week leave of absence when the baby was born.

McKay underwent drug screening and a medical examination, and St. Clare’s medically cleared her for hire near the end of October. She was supposed to begin her orientation on November 11

Unfortunately, on November 3 McKay began to experience intense migraines and sensitivity to light as well as increased nausea and vomiting. She was hospitalized that day and was later diagnosed as having preeclampsia, which is a pregnancy-related complication. McKay was induced into early labor.

On November 6, after she had been induced, McKay emailed an HR generalist at St. Clare’s saying she would not be able to attend her scheduled orientation and asking what steps she needed to take next.

Would Not Hold Spot

According to the suit, just hours later the HR generalist left McKay a voicemail saying she could not hold the position for her because she was “technically not an employee.”

McKay gave birth to her child that day and was discharged from the hospital on November 10. Upon discharge, she was prescribed a blood pressure medication and told to “take it easy” until she could be medically cleared at an appointment sometime in December, the suit says.

McKay called the HR generalist on November 15 but was again told the position could not be held for her, according to the suit. She was cleared to work around mid-December but did not get the job.

The EEOC says it tried to reach a pre-litigation settlement using its conciliation process, but it was unable to do so. It subsequently proceeded with a lawsuit accusing St. Clare’s of violating the ADA by withdrawing the job offer.

Whether McKay was technically an applicant or employee at the time of the challenged conduct is irrelevant because the ADA bans discrimination against employees and applicants.

The suit says McKay’s email to the HR generalist was a request for accommodation that St. Clare’s wrongfully rejected. She essentially asked for a delay in her start date of just five weeks, the agency says. St. Clare’s did not communicate with her at all regarding a possible accommodation, it alleges.

As relief, the suit asks for a permanent injunction banning St. Clare’s from engaging in disability discrimination. It also seeks an award of back pay and punitive damages.