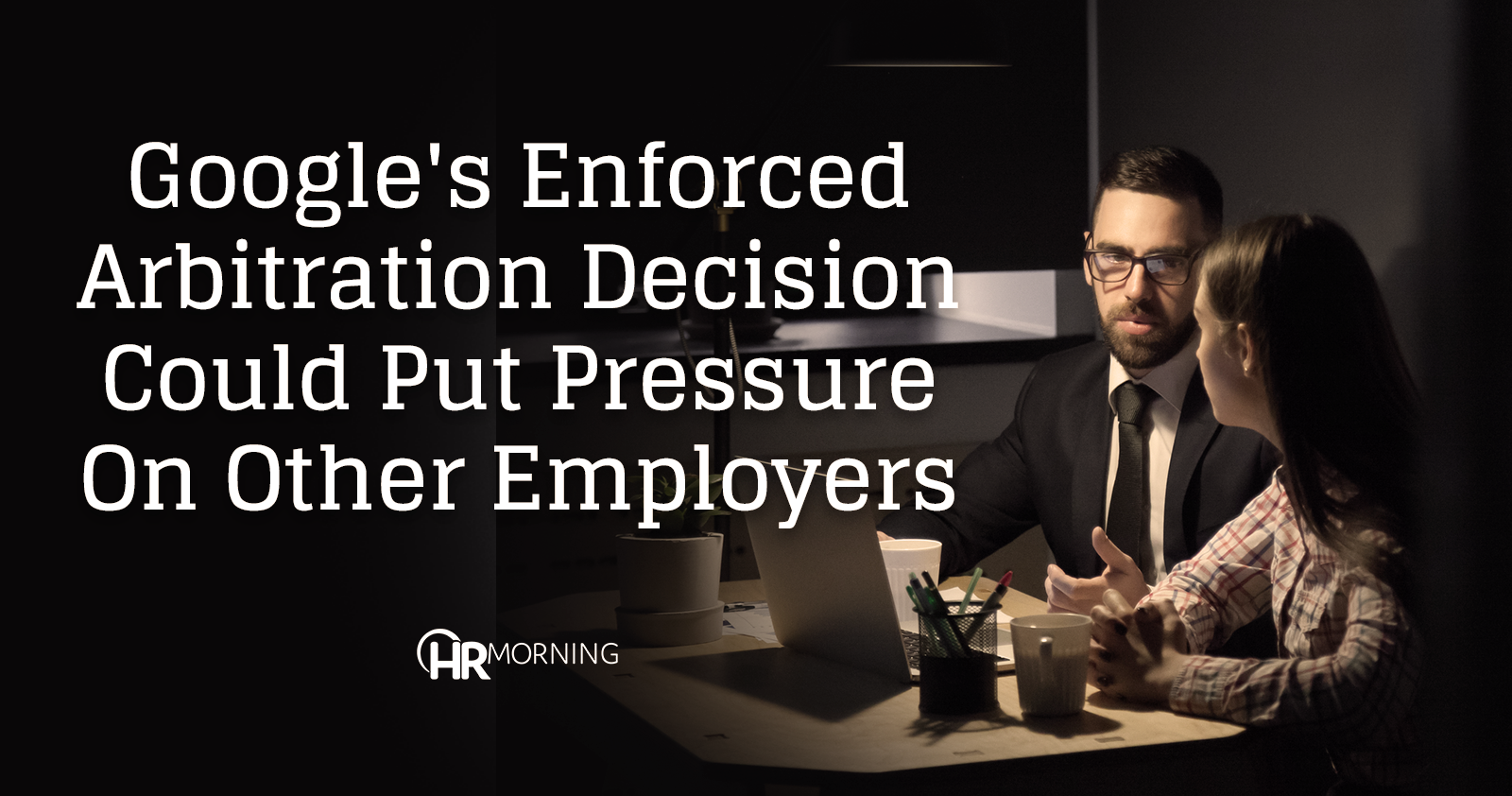 Employees may find it easier to bring sexual harassment and workplace discrimination cases against employers, thanks to Google workers’ success in driving change at the tech giant. The company announced it has ended the practice of requiring workers to sign arbitration clauses in order to work for Google.

Those changes were launched after Google employees walked off the job last November to protest the company’s $90 million severance payment to an exec accused of sexual misconduct and demanding an end to forced arbitration.

Following the protests, Google dropped the forced arbitration clause in its employment agreements, but only for sexual harassment or sexual discrimination claims. Now the company has eliminated the requirement that employees waive their rights to a court hearing for any claim against the company, beginning March 21.

In announcing the changes, Google noted that it consulted with legal experts and with lawmakers in reaching its decision. That might indicate that companies across all industries could face renewed pressure from state and federal legislatures to limit arbitration requirements.

Google has not extended the changes to its temp or contract workers, or to third-party vendors working with the company, who still have to agree to go through arbitration. Together, those workers make up an estimated half of its total work force. And for at least some of those workers, those terms hold even if a court later determines the worker was legally a Google employee.

Still, Google’s competitors could face pressure to match the moves, in order to keep attracting workers who are also on Google’s hiring radar. It isn’t clear whether the changes will ripple out to other industries, where forced arbitration has become more and more common, but it is an issue every employer with arbitration clauses in their employment agreements should be keeping an eye on.