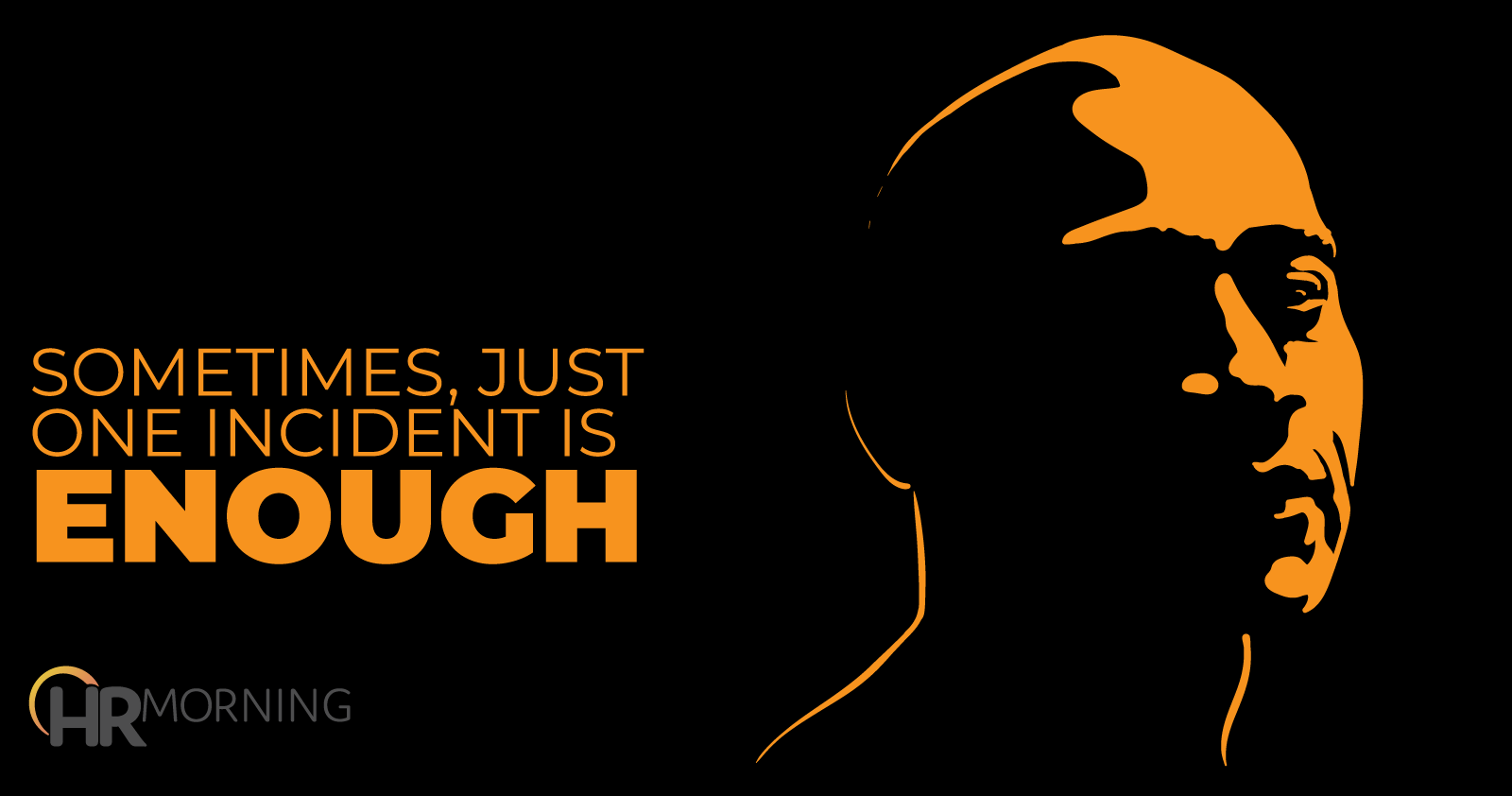 Some employers might think a single comment can never create an illegally hostile work environment. Those employers would be dead wrong.

The U.S. Court of Appeals for the Fifth Circuit (which covers Louisiana, Mississippi and Texas) just joined other federal appeals courts in holding that a single comment, if sufficiently severe, can give rise to a viable claim of hostile job environment.

When One Time Is Too Many

In the case, Anthony Woods sued his former employer, French Market Corporation, accusing it of violating Title VII by discriminating against him based on his race and religion. He also said the employer subjected him to a hostile environment at work.

Woods based his hostile work environment claim on the allegation that his supervisor — in the presence of other employees — called him a “Lazy Monkey A___ N___.”

A lower court dismissed his complaint in full.

On appeal, the Fifth Circuit disagreed.

The appeals court acknowledged that in a previous decision, it had indicated that a single instance involving use of racial epithet does not — standing alone — adequately support a claim of hostile work environment.

But it added courts must look at the totality of the circumstances, and that even a single incident can give rise to a viable hostile work environment claim if the incident is sufficiently severe.

It then said that no single act can create a hostile work environment more quickly than a supervisor’s use of a racial epithet in front of subordinates.

In Daniel v. T&M Protection Resources, 689 Fed.Appx. 1 (2d Cir. 2017), an employee alleged that his employer subjected him to a hostile work environment in violation of Title VII. To support that claim, he alleged that his supervisor called him a “f___ [N-word]” one time.

A lower rejected the claim, saying that the one-time use of the slur could not adequately support a claim of hostile work environment.

The Equal Employment Opportunity Commission participated in the case as amicus curiae to present its view that the one-time use of the N-word by a supervisor to a subordinate can support a claim of hostile work environment.

Too Quick on The Trigger

The Second Circuit ruled that a prior ruling relied upon by the lower court to support its decision did not foreclose the possibility that even a one-time use of a severe racial slur can support a claim of hostile work environment.

It sent the case back to the lower court for further review, saying that such use of a slur should be “evaluated in the cumulative reality of the work environment.”

In Castleberry v. STI Group, 863 F.3d 259 (3d Cir. 2017), two African-American employees said that a supervisor told them and co-workers the employer would fire them if that had “n___-rigged” a fence.

It fired them two weeks after they reported the alleged remark.

The Third Circuit said in the decision that even one instance of the use of the N-word can be enough to state a claim of hostile work environment. It reversed a lower court’s contrary finding.
The lower court’s decision in the Woods case was otherwise affirmed.