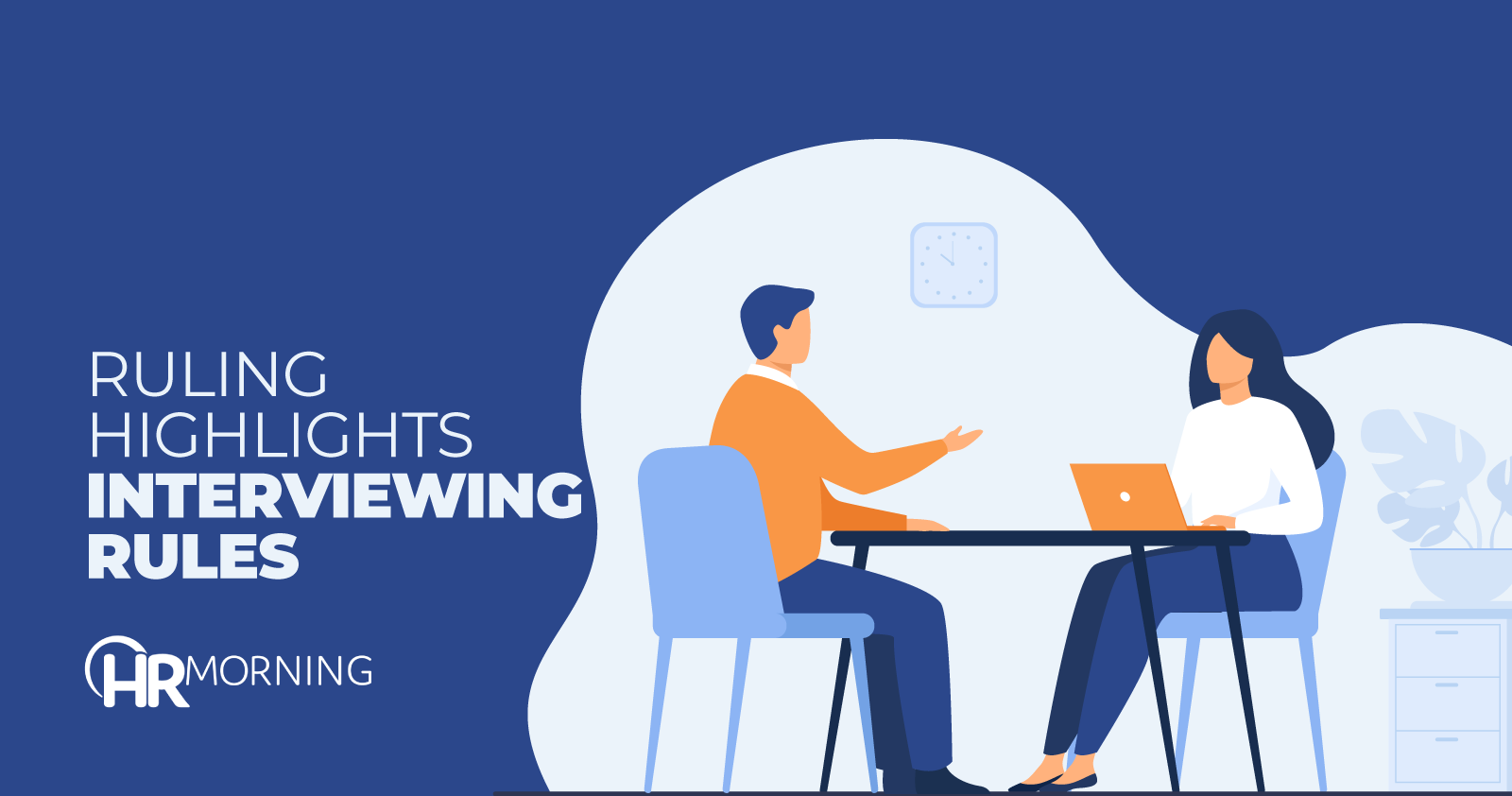 Employers who find themselves in the midst of a labor practices probe by the feds have the right to prepare to defend themselves, including by talking to their employees.

But as a new ruling from the federal National Labor Relations Board (NLRB) confirms, they can only go so far in doing so – and crossing a line can get them in trouble.

Employers who interview their employees in connection with a pending investigation must proceed with caution, making sure to avoid coercion and hostility toward union activity.

The case involved a union that prevailed in a 2018 election to represent drivers and mechanics. The NLRB later filed a complaint that accused the employer of committing a number of unfair labor practices.

To prepare for an NLRB hearing in the matter, the employer’s attorney met with two employees that Sunbelt planned to call as witnesses.

In her conversations with one of the two employees, the lawyer explained why she was talking to him and that he was under no obligation to talk to her. But she did not tell him that his answers to her questions would have no effect on his job.

As to the other employee, the lawyer did make the latter point about the job — but did not let him know that his participation was voluntary.

An administrative law judge at the NLRB determined that those omissions violated the National Labor Relations Act.

That conclusion was reviewed further by the board, which issued this decision.

For more than 58 years, the ruling explained, the NLRB has recognized that there is an “inherent danger of coercion” when employers question their employees in preparation for board proceedings.

That danger means safeguards for employees are needed to prevent overreaching, the NLRB says.

Those safeguards are specific. The employer must:

These safeguards were set by a 1964 board ruling.

Some courts have disagreed with this bright-line approach in favor of a totality of the circumstances test.

But in this ruling, the board said that continuing to employ the bright-line standard “appropriately balances the competing employee and employer interests at stake and best promotes the Board’s institutional interest in effectively enforcing the [National Labor Relations Act].”

Sunbelt tried to convince the board that a totality of the circumstances test is more appropriate. It said that questioning employees in preparation for board proceedings is no more inherently coercive than other interrogations, and it argued that the board should apply the same standard to all.

In further support of its argument for a totality of the circumstances test, Sunbelt pointed to the fact that some courts have rejected the board’s bright-line approach.

But the bright-line standard has the notable advantages of simplicity and predictability, the board said, and it does not place an unfair burden on employers. It also provides stability and clarity, the board added.

The decision downplays the fact that some courts have declined to apply the bright-line rule, saying that it is the board that has the primary authority to interpret and apply the act on this issue.

Employers have a legitimate need to question their employees in this context, the decision conceded, but there is a real danger of coercion that is best addressed by continuing to apply the longstanding bright-line test, it ruled.

The test aids the NLRB in its enforcement of the law while effectively accommodating the need of employers to question employees, it added.

The ruling affirmed the conclusion below that the attorney violated the law by not strictly adhering to the bright-line standard.

Even in jurisdictions where courts have eschewed the board’s bright-line standard, employers should avoid butting heads with the NLRB by carefully adhering to the standard when questioning employees in connection with board proceedings.