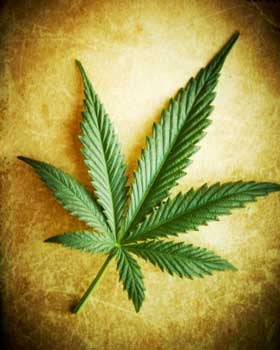 With every state saying something different about medical marijuana, it gets tricky for employers who want to maintain a completely drug-free workplace.
And in Noffsinger v. SSC Niantic Operating Co., an employer went to court over rejecting a job applicant who was legally using medical marijuana.

Katelin Noffsinger was a candidate for a job at the nursing home SSC Niantic operated. She easily passed through the interview process and was offered the job, contingent on passing a drug screening. The company had a zero-tolerance drug policy.
Before taking the test, Noffsinger disclosed she had PTSD from a car accident, and took medical marijuana in the evenings to treat it. But after she tested positive, SSC Niantic rescinded the offer.
Noffsinger filed a suit against the company, citing Connecticut’s medical marijuana law, which has a statute preventing discrimination against a candidate solely due to their status as a medical marijuana patient.
SSC Niantic argued under federal law, medical marijuana wasn’t legal. That, combined with its zero-tolerance drug policy, should be enough for the company to rescind the job offer.

‘Tension’ between laws not enough

But a court disagreed with the company. It noted the “mere fact of tension between federal and state law” wasn’t enough to refuse to hire medical marijuana users outright.
It went on to say employers have the right to prohibit the use of illegal drugs in the workplace, but Noffsinger’s case didn’t involve marijuana use on company property.
This case demonstrates the potential pitfalls of zero-tolerance policies for companies in states with legalized medical marijuana. In these states, employers can’t rely on federal laws to defend their policies. It’s a good idea to get drug policies updated and in line with state laws as soon as possible.