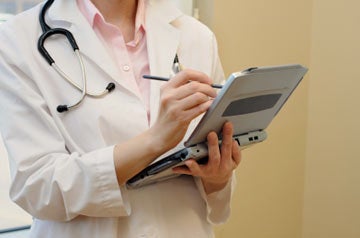 The certification process in practice

The enhanced certification process was recently brought to light in a recent lawsuit in which Erica Bento, a full-time community outreach worker, sued her employer, the City of Milford, CT. Bento claimed that the city interfered with her rights under the FMLA after the city delayed her ability to return to work until she completed an enhanced fitness-for-duty certification.
Bento returned from FMLA leave with a statement from her physician stating she was ready to return to work. But the city said the certification didn’t address Bento’s ability to perform the essential functions of her job. It then said Bento couldn’t return to work until the certification was completed.
Following the delay, Bento resigned from her position and filed the lawsuit. She said the city illegally delayed her reinstatement by asking her to complete a more detailed certification than her healthcare provider originally gave her.

A U.S. district court ruled the city was well within its rights to delay Bento’s reinstatement until she completed the enhanced fitness-for-duty certification process because it:

The result: The court dismissed Bento’s lawsuit.
One thing to keep in mind that the court didn’t address in this case is the overlap between the FMLA and the ADA, and the potential need to provide additional leave time under the ADA to accommodate an employee’s disability.
Courts, as well as the EEOC, have been trying to hammer home the point that when an employee is unable to return to work after he or she’s exhausted FMLA leave, employers typically should consider entering the ADA’s interactive process to determine if more leave — or some other accommodation — would reasonably help the employee return to performing the essential functions of the job.
It’s likely that the intersection of the FMLA and the ADA wasn’t an issue in this case because it appeared the City of Milford was willing to grant Bento more time to complete the certification.
Cite: Bento v. City of Milford