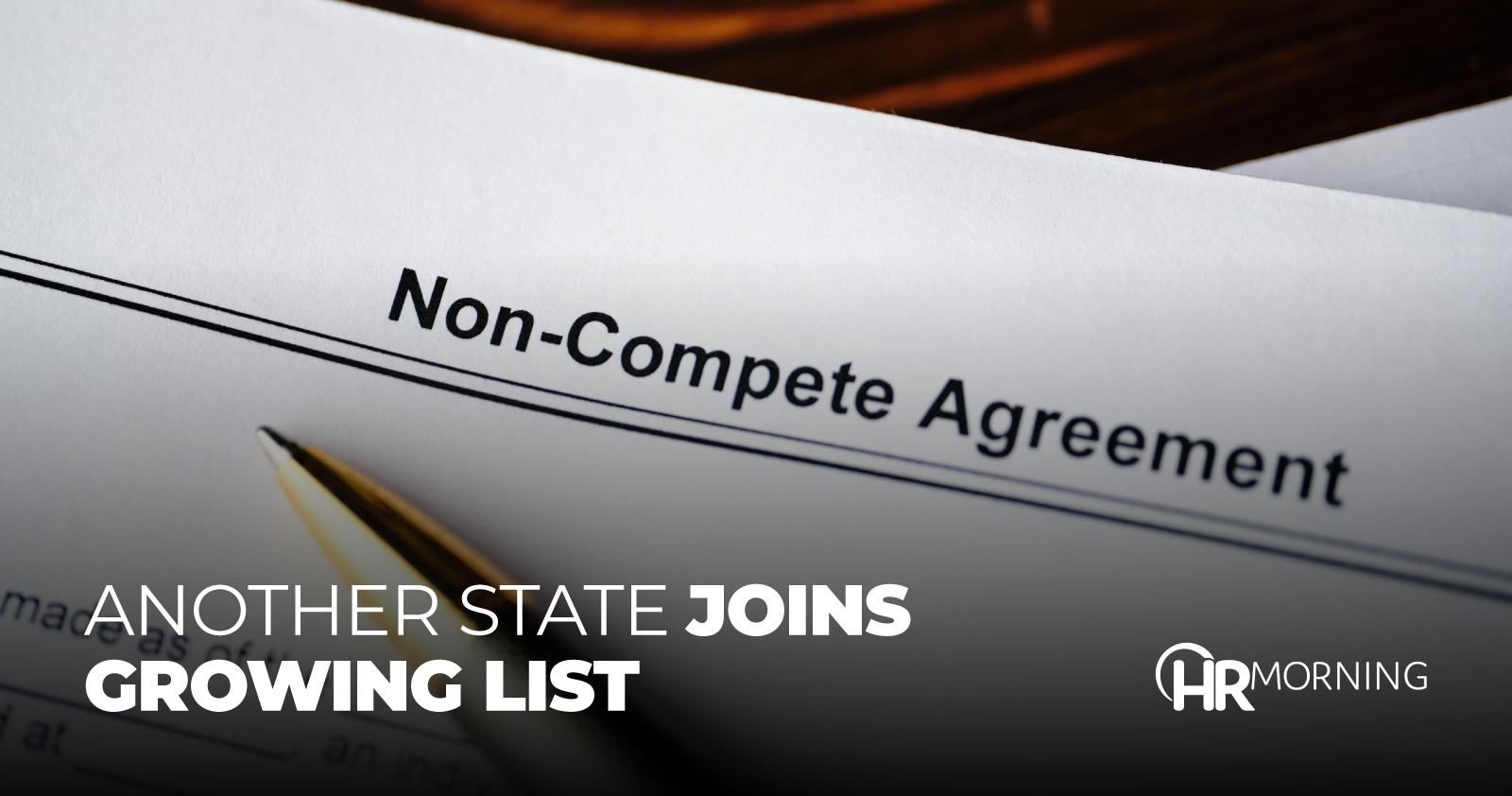 Unless the tide turns, highly restrictive non-compete agreements are headed the way of the dinosaur.

More and more states and localities are taking action to curtail or bar their use. And even for employers whose states have not taken steps to limit or eliminate them, the writing on the wall indicates that federal regulation may be on the way soon.

One way to limit non-compete agreements without banning them altogether is to limit their applicability by income level. The Colorado amendment does just that, as it says employers can enter into such agreements only with “highly compensated” employees.

That definition is set by the state’s labor department and will adjust to reflect inflation rates. At present, no employee making less than $101,250 can be made to sign a non-compete agreement. This is a big change: Before, the statute limited applicability essentially by certain job titles, without regard to compensation level.

Non-compete agreements must be limited

In addition, the new law says non-compete agreements will be enforceable only if the restriction is no broader than needed to protect trade secrets such as client lists and pricing information.

And employers must tell applicants before they are hired that they will be subjected to such an agreement. The notice can’t just be part of an employment handbook; it has to be provided separately.

Employers that violate any of the statute’s requirements can get hit with a civil penalty of $5,000 per worker/applicant. Perhaps more strikingly, they can be charged with a misdemeanor criminal offense if they use intimidation tactics in connection with an unenforceable agreement.

In Colorado, then, non-compete agreements aren’t quite dead yet – but they certainly don’t have the teeth many employers would prefer.

A growing number of states and local governmental units have already moved or are moving toward bans or limitations on the use of non-compete agreements, to varying degrees.

In California, North Dakota, Oklahoma and the District of Columbia, for example, such agreements are either banned or severely curtailed because they are viewed to violate public policy.

Like Colorado, a number of other states have chosen to apply limitations that correspond to income level, including Maine, Maryland, New Hampshire, Rhode Island and Washington.

Oregon and Nevada also restrict the use of non-compete agreements. Many others also limit their use to varying degrees.

More local governmental units are also contributing to the trend. For example, Washington, D.C. Mayor Muriel Bowser signed legislation last year that includes one of the most expansive bans on such agreements of all legislation passed thus far, going so far as to say that employees cannot be barred from working for a competitor even during their current term of employment. The effective date for that law has been pushed back to October 2022.

Perhaps most notably for employers, there are signs of movement toward federal regulation in this area. At present, no federal statute explicitly addresses the use of non-compete agreements in employment. But President Biden is clearly not a fan of them. In fact, last year he signed an executive order that encouraged the Federal Trade Commission to “curtail the unfair use of non-compete clauses and other clauses or agreements that may unfairly limit worker mobility.” A fact sheet accompanying the order says about half of private-sector employers require at least some of their employees to execute such agreements, affecting up to 60 million workers.

Until recently, it was a call to action that seemed largely symbolic. That changed in May of this year, when President Biden appointed a new Federal Trade Commission commissioner who gave Democrats a 3-2 majority.

Just a month later, the agency challenged a company’s acquisition of fuel outlets due to the presence of certain non-compete provisions in the asset purchase agreement. Although the move doesn’t relate specifically to employment law, it’s consistent with the executive order and could signal more federal regulatory activity that directly addresses the use of non-compete agreements in employment.

Bottom line: Know the law on non-competes in your state – and understand that in states where employers have relatively free rein to use them, those days may be numbered.