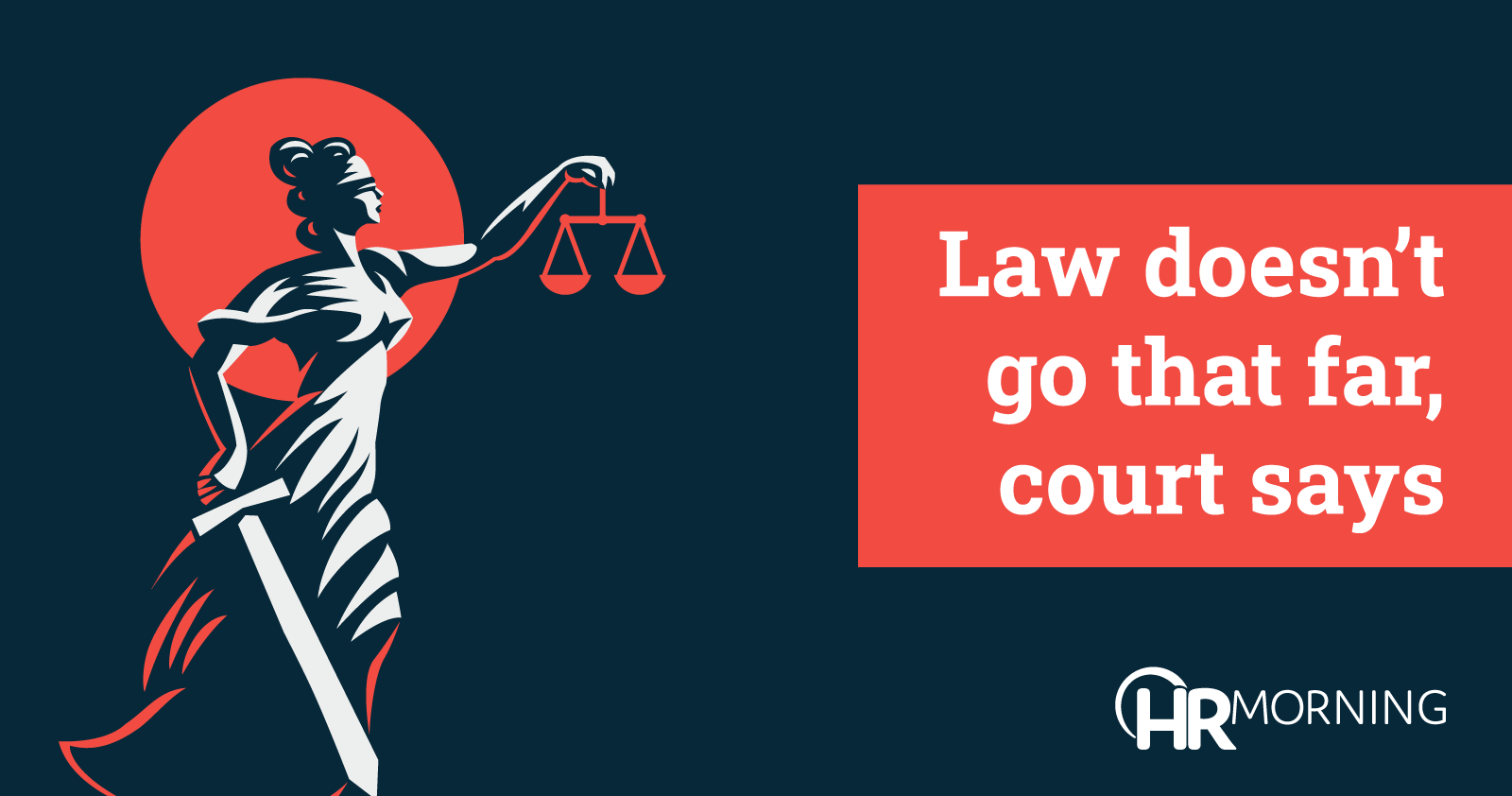 A former employee in New York failed to state a cause of action under Title VII, as amended by the Pregnancy Discrimination Act (PDA). He claimed harassment and discrimination based on his wife’s pregnancy.

The employee is male. He claimed that he was a victim of discrimination and harassment because his wife was pregnant.

But the court explained that although Title VII, through the PDA, protects a pregnant employee, it doesn’t protect an employee whose spouse is pregnant.

The court dismissed the lawsuit.

Steven Van Soeren started working as a product designer for DSS in August 2016. He claimed that even before his wife became pregnant, a supervisor called him derogatory names, such as the “tallest midget” and a “creep.”

Van Soeren also claimed that after his wife became pregnant but before
he told anyone at DSS, the supervisor told him that he “shouldn’t have a kid.” He said a co-worker asked him whether he had a good reason
to have a child. Another co-worker allegedly said he hoped the baby would be born prematurely.

Van Soeren claimed the HR department wasn’t interested in his complaint, didn’t interview him about it and told him that he could resign.

He also claimed the HR department shared confidential information about his complaint.

The supervisor then allegedly threatened to fire Van Soeren and refused to correct inaccuracies in his performance review until he retracted the complaint.

In the spring of 2019, after his child was born, Van Soeren took two weeks of paternity leave.

Van Soeren claimed that he was fired without good cause. He sued DSS for violating Title VII by discriminating against him because of his “familial status vis-a-vis his spouse’s pregnancy.” The court said he failed to state a cause of action.

It dismissed the case.

Van Soeren’s claim failed because familial status – such as being a new parent – is not a protected class under Title VII, the court explained.

It acknowledged that Van Soeren may have been trying to present a “sex plus” claim.

In such a claim, plaintiffs argue that they were discriminated against because of their gender plus another protected characteristic.

To the extent that Van Soeren meant to allege a sex-plus claim – that he was discriminated against because he is male and because of his wife’s pregnancy – his allegations fell short, the court said.

Van Soeren alleged that he was treated worse than female employees who were pregnant or whose partners were pregnant. But his allegations were “entirely devoid” of any details showing how those female employees were similarly situated to him but treated more favorably. There were not allegations about their positions, responsibilities and conduct and how they were treated differently.

Van Soeren also sued DSS for violating the Family and Medical Leave Act (FMLA), presumably for interfering with his alleged FMLA rights. But this claim failed because he acknowledged that he took parental leave without incident.

The court noted that Van Soeren didn’t allege that he was fired in retaliation for taking FMLA leave.

But the court said even if he had, this claim would fail as well because he didn’t allege that his termination arose from his parental leave.