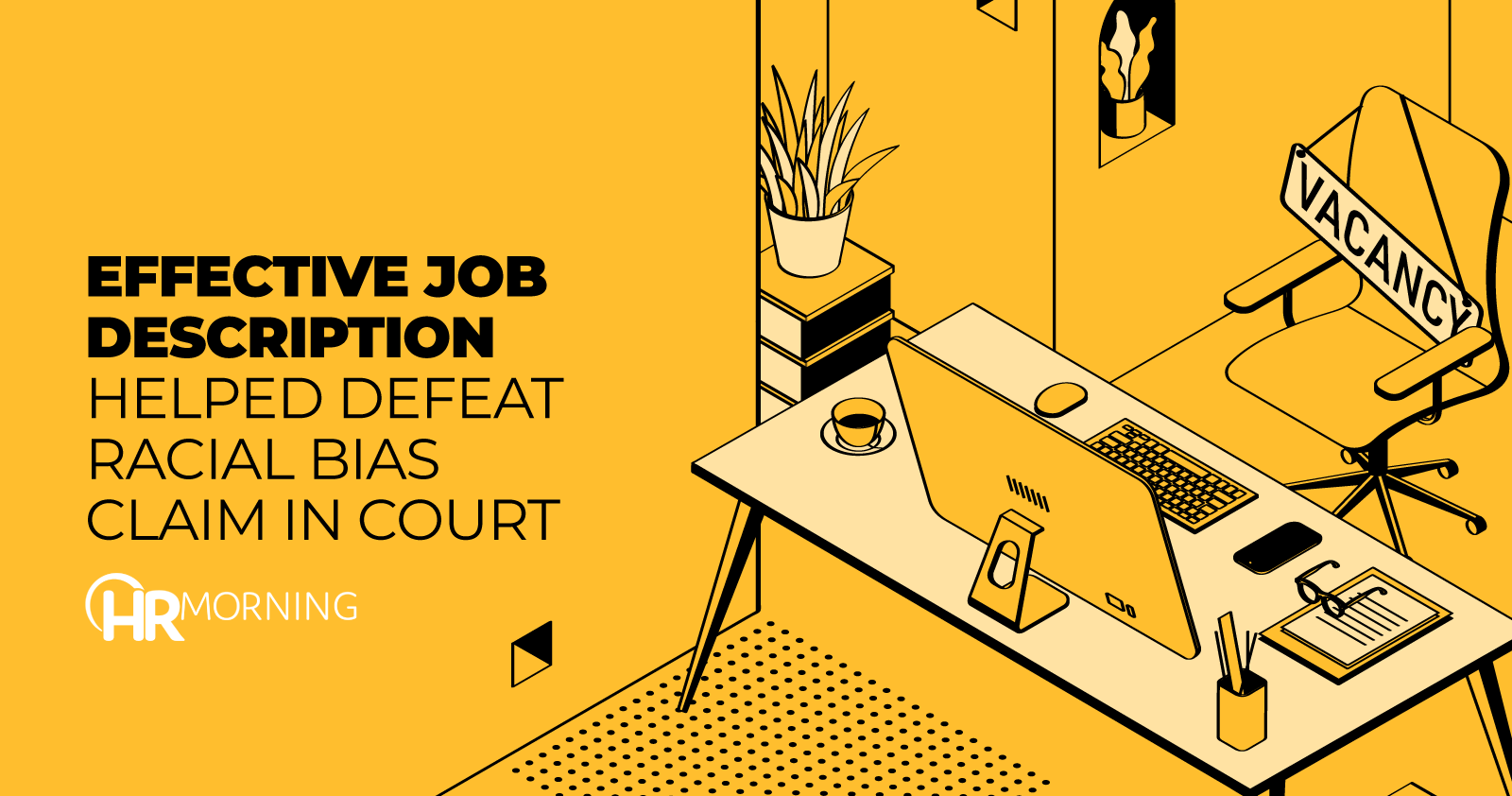 This employer-friendly ruling highlights just how much freedom companies have to set job requirements – and choose the best candidates for the position. In this case, a Black applicant accused a university of not hiring him due to racial bias. A federal appeals court disagreed.

Key takeaways for HR: Managers might be able to list qualities they’re looking for in the ideal candidate. But most probably haven’t received the same level of training as HR pros on avoiding legal pitfalls during the hiring process.

That’s why it’s crucial for HR to be involved in the interviewing process, including:

Taking these steps helped this university successfully defend its hiring decision in court.

In 2018, American University’s athletic department began a search for a new coach for its men’s soccer team.

To get the interviewing process started, human resources and the supervisor of the team created a job description for the position and then posted it on internal and external websites. Approximately 100 candidates applied for the job.

The supervisor conducted an initial review of the applications, and a selection committee met to discuss which applicants would be selected for preliminary screening interviews.

After conducting eight initial screening interviews, the committee followed up with five applicants over Skype. Two of those five candidates were selected to move forward in the process and interviewed in person. The committee then met to discuss the two finalists and ultimately decided to hire one.

The selected candidate was a white man with about 20 years of collegiate coaching experience at three different universities.

David Nakhid – who “identifies as a Black man and is not a U.S. citizen” – was one of the candidates not selected for an interview, despite his background of being a former professional soccer player and coach.

Nakhid sued, alleging the university failed to hire him because of his race and national origin in violation of Title VII and Section 1981.

The university filed a motion for summary judgment. When the court granted the motion, Nakhid appealed to the D.C. Circuit.

Under that framework, the D.C. Circuit explained, when an employer sued for discrimination asserts a “legitimate, nondiscriminatory” reason for its decision, then the burden shifts back to the plaintiff, who must show that the proffered reason is a pretext for bias.

Here, the university said that Nakhid was not selected for an interview due to “his lack of collegiate coaching experience.”

Importantly, the school sought candidates with at least five years of “relevant experience” who “[d]emonstrated knowledge and success in coaching at the collegiate or professional level” and had the “[a]bility to work successfully with male college student-athletes,” as outlined in the job description.

Because the employer stated a nondiscriminatory reason for its decision, Nakhid had to show the proffered reason was a pretext for racial bias.

Nakhid alleged the school’s reason was a pretext for racial bias because he had pro coaching experience that fit the bill.

Next, he asserted that he was “more than qualified than the candidate selected” because there is a “night and day difference between U.S. college soccer and European professional football.”

Calling Nakhid’s argument “misplaced and circular,” the court noted that the selected candidate had “extensive collegiate coaching experience” while he “had none.”

Moreover, the court said, the issue here was not whether he was “objectively qualified.”

Instead, what mattered here was whether the “hiring officials genuinely rejected his application for lack of collegiate experience.”

Because Nakhid failed to plausibly allege the stated reason was a pretext for bias, the appeals court affirmed the ruling in the university’s favor.