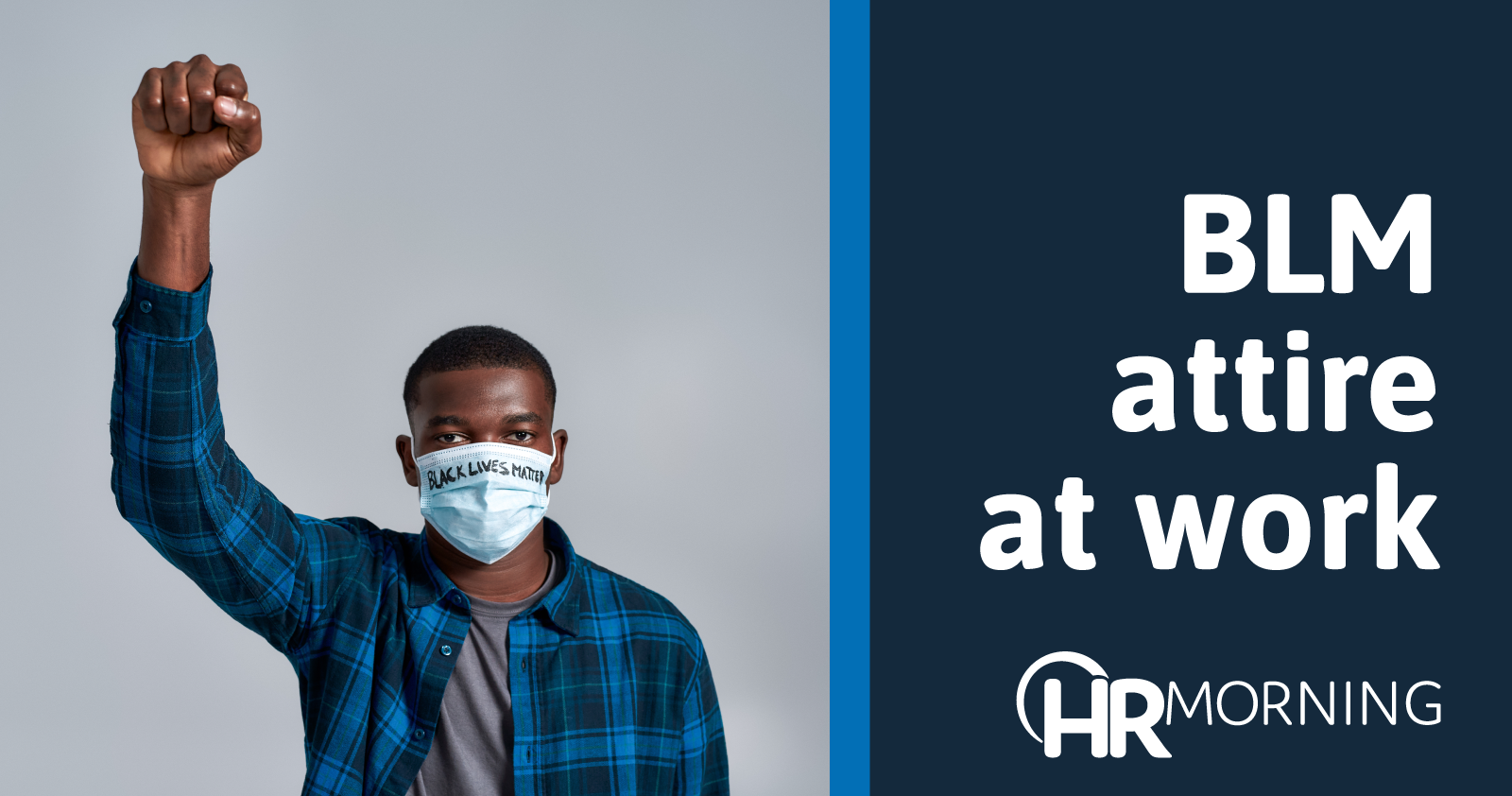 Importantly, current events in the summer of 2020 — such as the death of George Floyd and the nationwide demonstrations protesting police violence against Black people — motivated the employees to wear the BLM masks “in a show of solidarity” with the BLM movement, according to the complaint.

The employees said they believed the company would support their decision to wear the BLM masks because Whole Foods had previously expressed support for diversity, equity and inclusion (DEI) initiatives. And specifically, Whole Foods had allowed employees to show support for their LGBT co-workers “through their apparel without discipline.”

Relevant here, the company’s dress code policy “prohibits employees from wearing clothing with visible slogans, messages, logos, or advertising that are not company-related.” However, the policy was “generally unenforced,” the employees alleged, noting that workers were not disciplined for wearing apparel with logos of sports teams, the National Rifle Association and LGBT Pride flags.

But when employees started to wear BLM face masks at work, they alleged Whole Foods began to enforce its “previously unenforced dress code policy.” Specifically, employees said they were sent home without pay for refusing to remove their masks and were assigned “disciplinary points,” which affect employees’ eligibility for raises. Moreover, the accrual of disciplinary points can result in termination.

The employees – a mixed group of Black, brown and white workers – sued to allege race discrimination in violation of Title VII. They sought to bring the suit as a class action.

A Massachusetts federal court dismissed the claim, explaining that the employees didn’t allege that individual workers were treated differently due to their race. Instead, the court decided that the company “treated all employees wearing BLM attire equally, regardless of race.”

The employees appealed to the First Circuit, which summed up the employees’ claims as alleging the company’s enforcement of its dress code policy amounted to discrimination against:

Disagreeing with the lower court’s reasoning, the appellate court explained that it does not “think the fact that both Black and non-Black employees were disciplined for wearing Black Lives Matter masks undercuts the discrimination.”

In short, the employees’ discrimination claims are “conceptually consistent with Title VII,” the court held.

But even so, the problem was that the claims were “wholly conclusory,” the court said.

To survive a motion to dismiss, the court explained, the employees’ allegations had to include facts that crossed the line “from conceivable to plausible.”

First, they didn’t claim that “once Whole Foods began enforcing the policy, the company only disciplined only the wearing of Black Lives Matter apparel and did not discipline other violations,” such as masks depicting cartoon characters, Pride flags, etc.

And second, the court said, the allegations didn’t make it clear “that these other masks violated the policy,” which specifically prohibited ” visible slogans, messages, logos or advertising.’

The court noted that, as stated, the discrimination claims were “less about selective enforcement and more about suspicious timing.”

Here, the employees said Whole Foods chose to start enforcing its dress code policy after the employees began wearing the BLM masks. They further alleged the BLM message concerns racial issues and represents a social movement to improve the lives of Black Americans. Those allegations were conceivable, the court acknowledged, but they didn’t take the claims “across the plausibility threshold.”

Why not? Because it was also logical to surmise that “Whole Foods would have had non-race-based reasons in June 2020 for prohibiting the wearing of Black Lives Matter masks,” the court pointed out. At that time, the pandemic had “created the conditions for employees to easily and in a high visibility fashion, display non-company messages at work.”

Moreover, “rightly or wrongly,” the court said, “Black Lives Matter was seen as a controversial message associated with a political movement” connected to “widespread demonstrations,” which the employees clearly knew about — as they mentioned the nationwide protests in their complaint.

As such, the company’s decision to start “enforcing its existing policy may be explained by the ‘obvious alternative explanation’ that Whole Foods did not want to allow the mass expression of a controversial message by employees in their stores,” the court opined.

And what about that “obvious alternative explanation” that the court identified? The possibility that the company “wanted to prohibit the mass display of a controversial message in its stores by its employees” might raise free speech questions.

But it’s important to remember: Whole Foods is a private employer – not a government entity, the court explained. As such, its employees are subject to the company’s rules and not entitled to First Amendment protections.

However, the First Circuit stressed that it could imagine “viable claim that an employer has prohibited workplace speech as a pretext for discriminating against individual employees because of their race,” which makes it more important than ever for companies to produce rock-solid documentation to support its legitimate business decisions.

But here, the employees’ allegations did “not support a plausible inference” that the company’s ban on BLM masks “was a pretext for racially discriminating against the individual employees,” the court determined. As such, the First Circuit affirmed the lower court’s ruling in favor of the company.