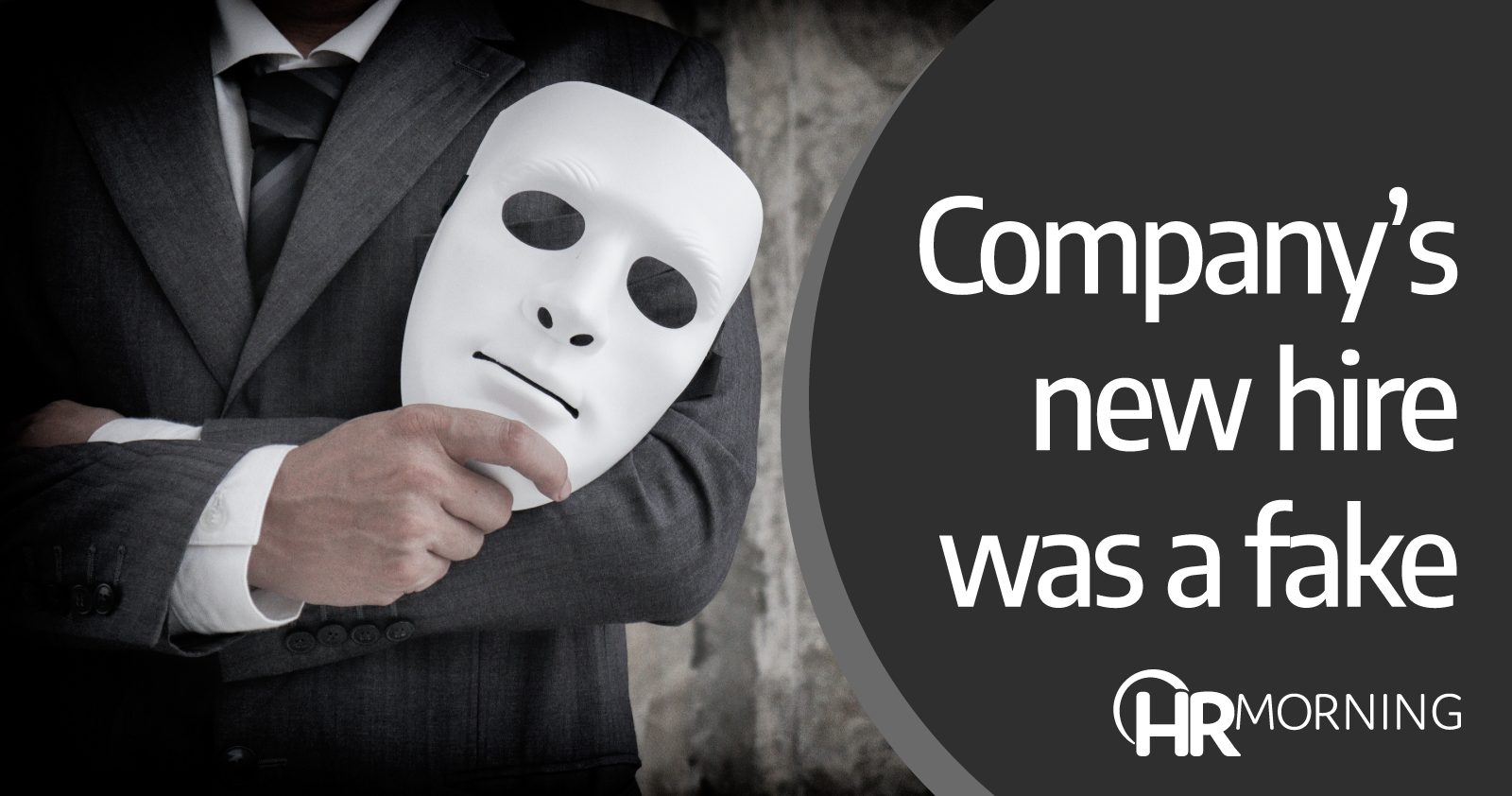 While almost everyone has adjusted to remote work by now, there continue to be some hiccups employers need to look out for.

And one recent story brings to light a worry that hiring managers might not have even thought of — the fraudulent candidate!

Take a look at this crazy hiring tale, as discussed on Ask A Manager blog.

One company was looking to hire a new employee for its IT department. The interviews were all conducted virtually, and an offer was extended to a promising candidate.

But things took a weird turn when the new hire showed up for work.

Those on the interview panel began noticing some discrepancies. For one, the new hire wore glasses (which he didn’t during the interview process) and had different hair.

Other concerning red flags began to pop up. During the interview, the candidate mentioned being single. However, the new hire made references to his wife and three children. He also seemed unable to answer job-related questions he breezed through in the interview.

When the new hire “reintroduced” himself to a colleague he’d already met during his interviews, the company decided to investigate. The hiring committee confirmed the correct candidate was offered the job — there was no mix-up on their end.

This meant that, most likely, the person who showed up for the job was not the same person they interviewed.

The company consulted with legal counsel and prepared to confront the new hire. However, when they called him to discuss the issue, he promptly quit and hung up.

So, what can employers take away from this bizarre and concerning story? Employment law attorney Evan Conder of the firm Shawe Rosenthal LLP says it just means a bit more work on the hiring committee’s end to ensure they’re getting the person being advertised.

Here are Conder’s tips to avoid an incident like the one above.