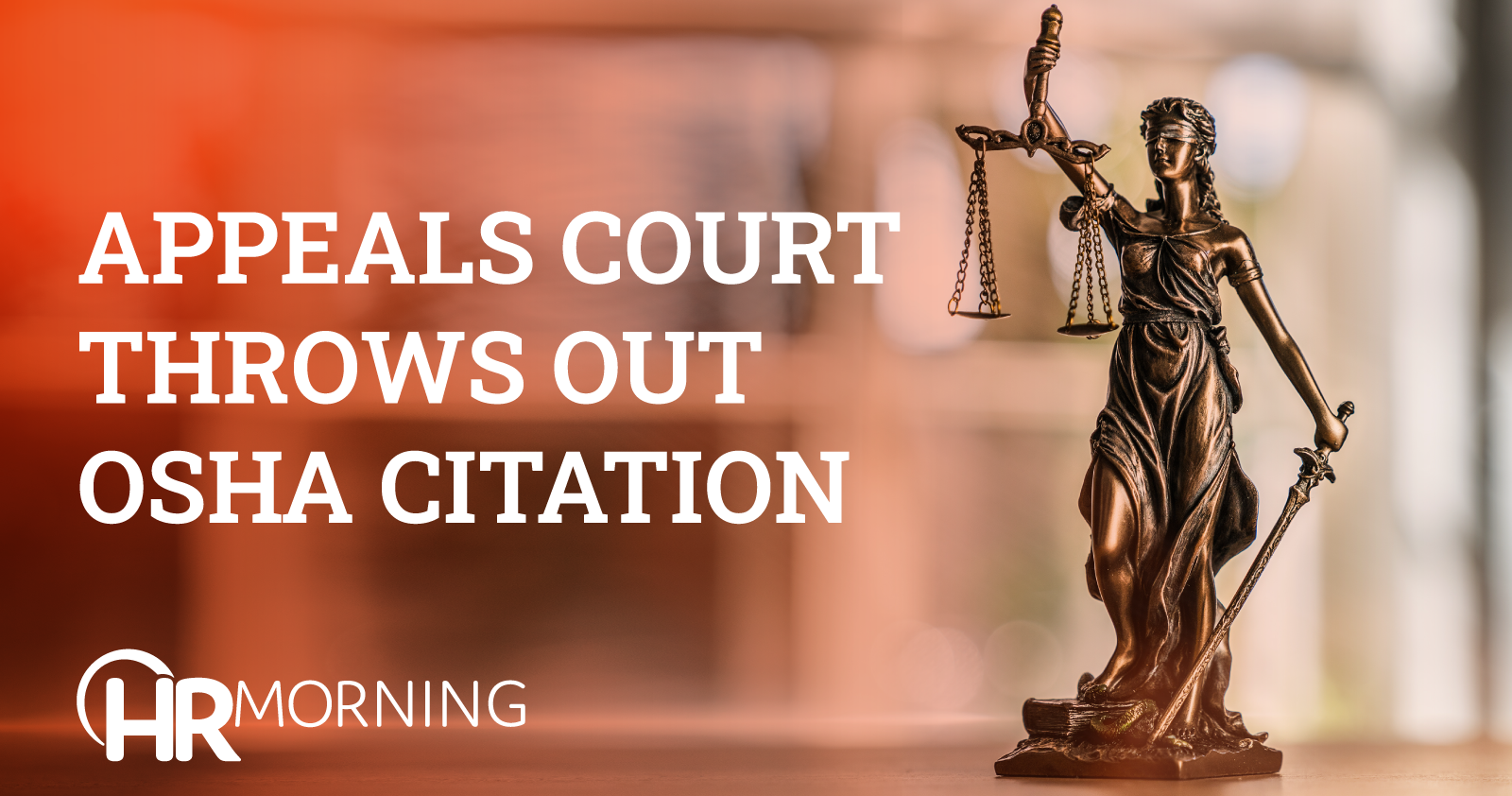 How far do employers have to go to keep their employees safe at work?

In this case, an employee drowned while pressure-washing a dock. At the time, he was not wearing a personal floatation device.

The big question: Did his employer have a legal obligation to make sure he used one?

What factors go into arriving at the right answer?

In a new ruling, the U.S. Court of Appeals for the Eleventh Circuit provides some insight.

For about a year, Johnnie Norton worked at the Tampa Convention Center in Florida.

One of Norton’s job duties was to pressure-wash a concrete dock that was approximately 290 feet long and 10 feet wide.

The dock did not have any guardrails or barricades, and in some areas the water in the bay just off it was 19 feet deep. Norton used a pressure washer.

While performing this job task, Norton fell into the bay and drowned. At the time, he was not wearing a personal floatation device.

When the Occupational Safety and Health Administration (OSHA) learned about the death, it sent a compliance officer to investigate.

The officer learned that there had been no prior similar incidents. He also learned that two other employees who similarly pressure-washed the deck voluntarily wore personal floatation devices when they did so. The devices were available in an employer warehouse.

Also, an operations manager at the convention center told the officer that Norton answered in the affirmative when he asked if he could swim.

Following the completion of the investigation, OSHA cited the employer, saying it should have provided a personal floatation device to Norton and required him to use it while he pressure-washed the dock.

OSHA decided that the employer violated a federal regulation that says employers must provide protective equipment “wherever it is necessary by reason of hazards.” It proposed a penalty of $12,675.

The employer contested the citation before an administrative law judge (ALJ) who affirmed OSHA’s decision after a hearing.

The ALJ found that OSHA had the requisite knowledge of the danger to be held liable. More specifically, he decided that the employer had “clear actual knowledge that [personal protective equipment] was necessary under the circumstances” because the dock was unguarded and lacked ladders. He also placed great weight on the fact that two other employees wore life jackets while washing the dock.

The matter reached the U.S. Court of Appeals for the Eleventh Circuit for further review.

The reviewing court explained that to hold the employer liable for a violation of the regulation, OSHA had to show either that the protective measure is an industry custom or that the employer had “actual knowledge that personal protective equipment [was] needed to protect its employees from a particular hazard.”

OSHA conceded there was no evidence that it is an industry custom to require employees to wear a life jacket while pressure-washing a dock.

That meant the only question was whether the employer had actual knowledge that there was a hazard requiring the use of a personal floatation device.

The ALJ misapplied the standard for actual knowledge, the appeals court ruled. Actual knowledge requires knowledge of both the hazard and the fact that it requires the provision and use of protective equipment. But the ALJ wrongfully found that awareness of the existence of the hazardous condition was enough, the court said.

There was insufficient evidence of actual knowledge in this case, the appeals court determined.

None of the factors that the ALJ relied on – the condition of the dock, the manager’s question about ability to swim, the other employees’ use of life jackets, and the obviousness of the hazard – showed actual knowledge of a need to provide protective equipment.

None of That Is Enough

The other employees’ use of the devices showed only that their preferences were accommodated, the court said, and the manager’s inquiry only showed that the employer knew the task could be dangerous for those who could not swim. The obviousness of a hazard is not evidence of actual knowledge, it added.

The citation was vacated.