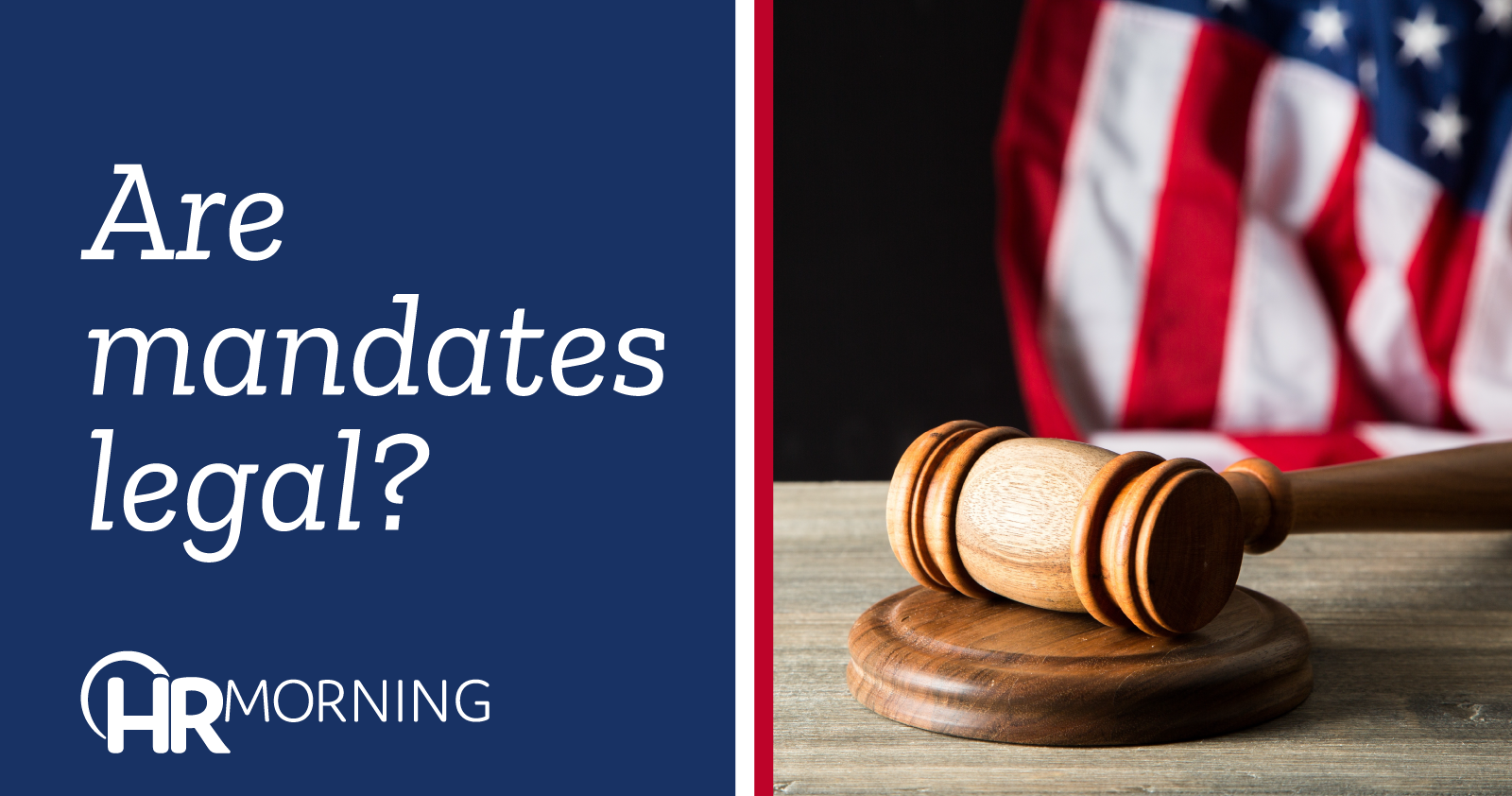 A New Mexico federal judge refused to block a vaccine mandate for certain workers from going into effect.

The court said data show the vaccines are safe and effective.

Right now, the Delta variant causes almost all new U.S. infections. Those infected are more likely to be hospitalized. And the variant makes breakthrough infections among the vaccinated more likely.

By summer 2021, case rates in New Mexico had begun to drop dramatically. But the numbers rose rapidly with the Delta variant. By mid-August, there were nearly 900 cases a day. Hospitals began operating over their capacity to treat infected New Mexicans, the majority of whom were unvaccinated.

To reduce new cases and ease the pressure on hospitals, New Mexico’s health department issued an order in August, The order required congregate care facility workers, hospital workers and governor’s office staff to be fully vaccinated. There were medical and religious-belief exemptions.

Jennifer Blackford, a registered nurse at Presbyterian Hospital, refused to be vaccinated. She opposes vaccination based on her “medical training and her own independent research.” She faced termination if she did not change her stance.

She and others sued to challenge the mandate. They asked for court orders to block it.

• are substantially likely to win the case
• will suffer irreparable injury without the court order
• the balance of harms weighs in their favor, and
• the court order would not go against the public interest.

The court found them unlikely to win on any claim.

The FDCA says no one can be required to use an unapproved medical product. But the Pfizer vaccine has full approval. Also, the FDCA does not prevent the state from requiring certain individuals to be vaccinated against COVID-19. It only requires informed consent. Here, medical professionals are required to inform those to be vaccinated of the risks and benefits of the vaccine and of the option to accept or refuse it.

The plaintiffs alleged the mandate violated their substantive due process rights “to bodily integrity”; “to live without governmental interference”; and “to engage in their chosen professions[.]”

But the court found the mandate passed constitutional muster. Federal courts have consistently held that vaccine mandates do not implicate a fundamental right. Instead, these mandates are constitutional as long as they are rationally related to a legitimate government purpose.

A 1905 Supreme Court ruling involving smallpox said that “a community has the right to protect itself against an epidemic of disease which threatens the safety of its members.” It upheld a city’s mandate requiring adults to be vaccinated.

In the context of the current pandemic, courts have leaned on that decision to find that mandatory vaccine policies at state universities are constitutionally permissible.

Here, the court found the governmental purpose of stemming the spread of COVID-19 was not only legitimate but compelling. And it said other legitimate goals included protecting those who can’t be vaccinated, including children. It also noted that increased vaccination is believed to reduce the chance of new mutations even worse than Delta.

The court also found the mandate was rationally related to the legitimate purpose of protecting the community against disease.

The equal protection claim is likely to fail as well. The plaintiffs can’t show the mandate targets a fundamental right (such as religion) or group (such as one based on race) entitled to special constitutional protection, the court said.

They also couldn’t show any procedural due process violation. Their claim alleged the mandate deprived them of “fundamental liberties without due process of law.” But because it applied across the board to specified classes of workers, state fair attendees and the governor’s office staff, the only procedure they were entitled to was the notice provided by the enactment and publication of the mandate.

The court also found they were not likely to win on their claim that the mandate impaired their contract rights under Article I, Section 10.

On this claim, courts first ask if the governmental action has substantially impaired a contractual relationship. If the answer is yes, then they ask if the measure is an appropriate and reasonable way to advance a significant and legitimate public purpose.

Here, the hospital required vaccinations for its entire 13,000-person workforce unless they qualified for an exemption.

Blackford had no reasonable expectation that she could avoid vaccination but still keep her job.

Even if Blackford could have shown the mandate would have cost her the job, that wouldn’t have qualified as an irreparable harm.

They also didn’t show the balance of harms weighs in their favor or would not go against the public interest. The possible increase of the spread of COVID-19 outweighed the possible harms to Blackford.

The court denied the request for a preliminary injunction.