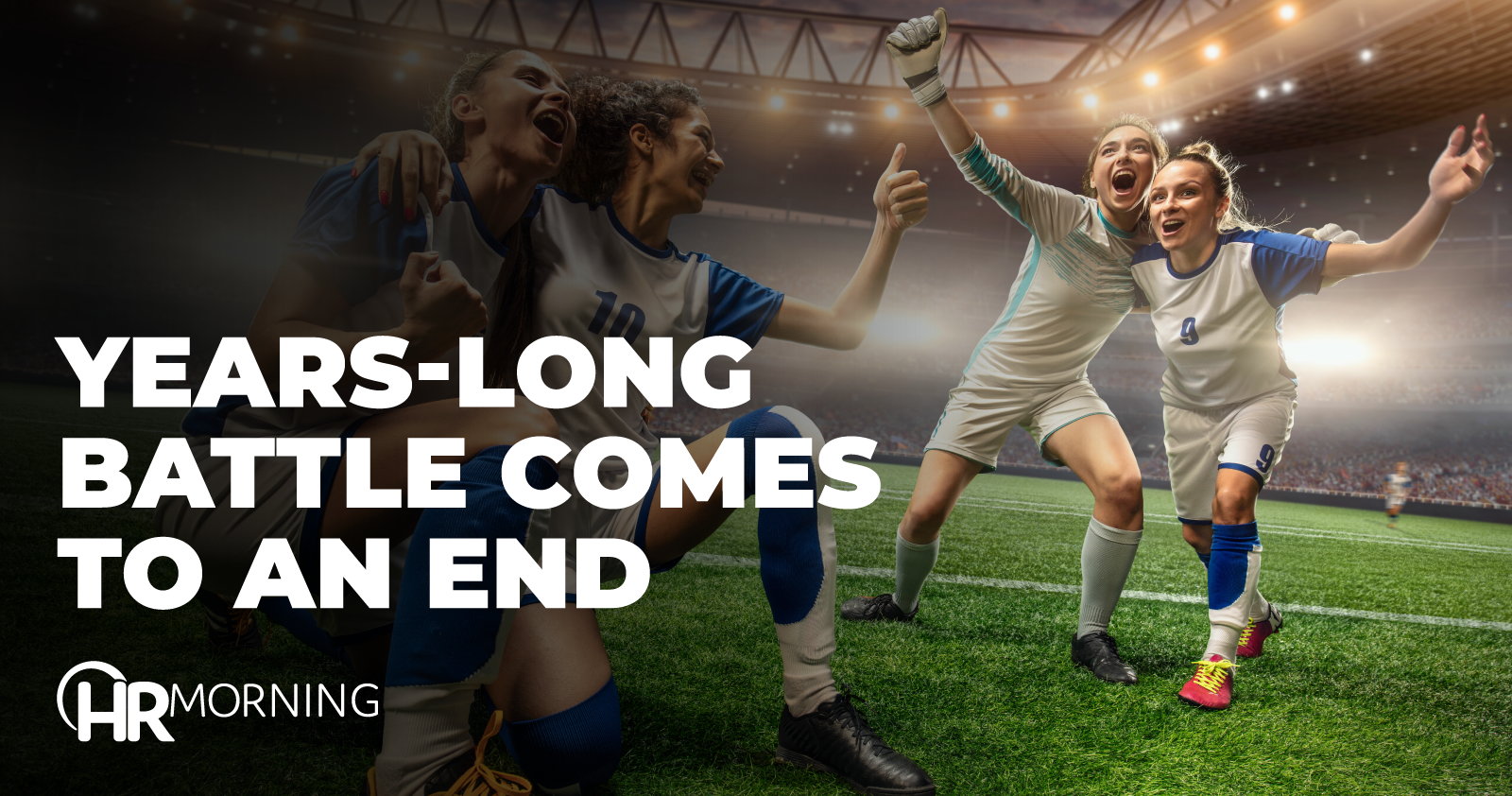 After a years-long battle, the U.S. women’s soccer team is finally victorious in their fight for equal pay.

While the payout is a major victory, it didn’t come easily for the team.

The team’s battle began in 2016, when the players first filed an equal pay complaint with the EEOC, alleging the men’s team earned more.

Things escalated in 2019 when the women’s team filed a class-action lawsuit, claiming they performed better than the men’s team, but earned less money and endured poor working conditions, such as being booked on worse flights.

Their case seemed doomed when a district court dismissed the team’s claims in May of 2020, siding with the U.S. Soccer Federation. The court said the Federation had been able to prove the women’s team earned more in overall cumulative pay, since they played more games than the men and made it to the World Cup.

But the players’ fight didn’t end there. They filed an appeal, pointing to the fact that women players’ bonuses were still smaller than the men’s, despite outperforming them.

And finally, the six years of legal battles paid off. The U.S. Soccer Federation will pay the eight-figure settlement once it and the women’s team reach a new collective bargaining agreement (CBA). Twenty-two million dollars will be split among the players, and the remaining $2 million will go into a fund for retired female soccer players.

The Federation also promised to equalize pay between the women’s and men’s teams in all competitions, including the World Cup.

The players are, naturally, thrilled. Midfielder Megan Rapinoe said, “Knowing that we’re going to leave the game in an exponentially better place than we found it is everything. There’s no justice in all of this if we don’t make sure it never happens again.”

“It’s so gratifying to feel like we can start to mend a relationship with U.S. Soccer that has been severed for so many years because of the discrimination we faced,” said forward Alex Morgan.