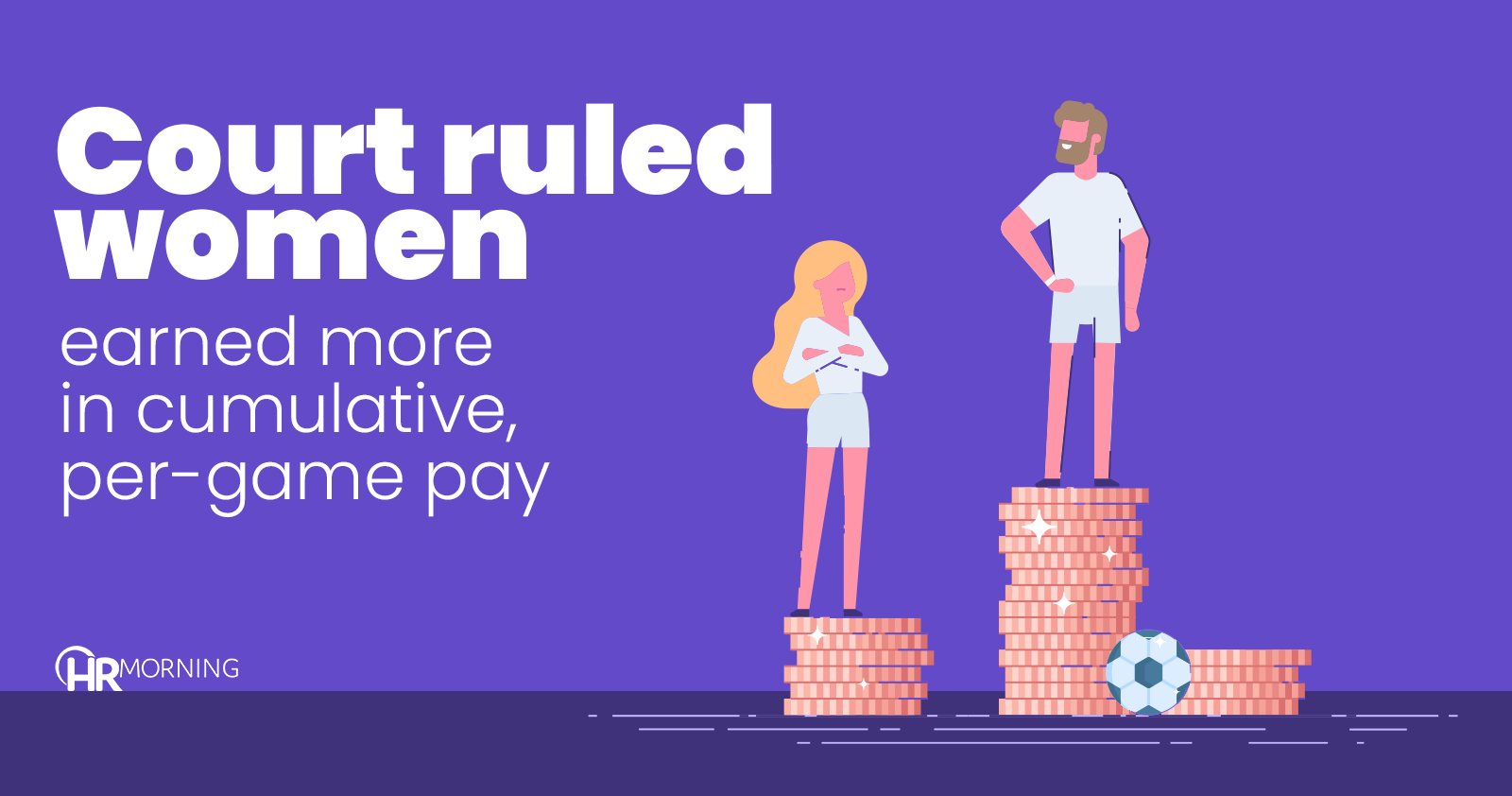 The U.S. Women’s National Soccer Team made headlines in 2019 with a class-action lawsuit alleging they were paid less than the U.S. men’s team.

However, a district court has dismissed the women’s unequal pay claims.

The women believed if they were under the same pay structure as the men, they’d be earning much more.

They also alleged they faced less favorable work conditions, like being booked on worse flights than the men’s team.

However, the court ended up siding with the U.S. Soccer Federation. It said the employer was able to prove the women ended up making more than the men in both cumulative and per-game pay.

The women’s suit is dead for now, but the team plans on filing an appeal.

This case serves as a good reminder for employers to examine potential gender pay gaps that may be lurking within your company. Some go as far as complete pay transparency to ensure equity.