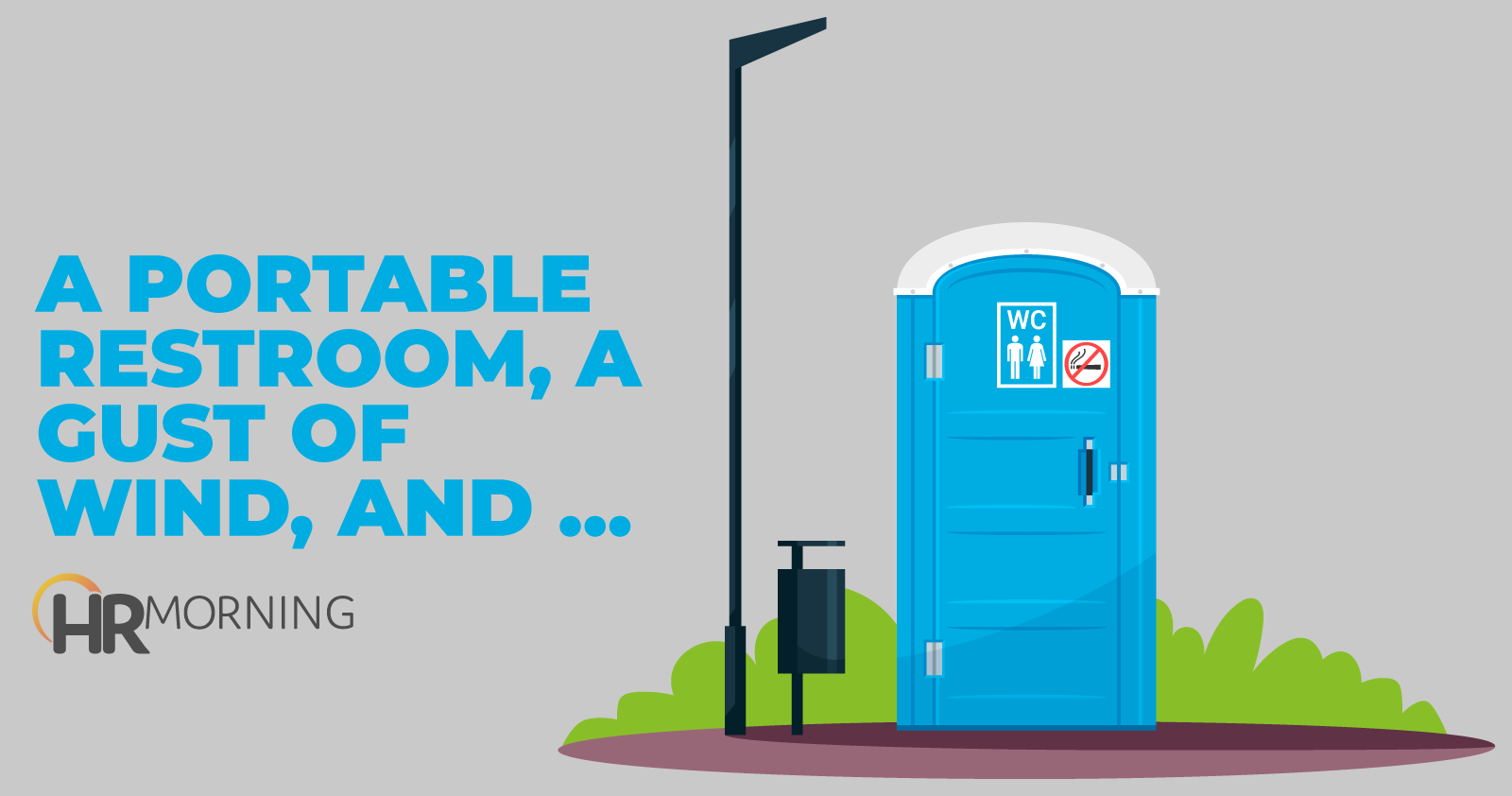 Workers’ compensation or not? A worker suffered serious injuries when a dead tree fell near a portable restroom he was using.

The worker had been painting the exterior of a house, and it was a windy day.

His employer did not put the restroom there. At workers’ compensation proceedings, neither the employer nor the worker said who did.

While using the restroom, the worker heard a loud noise. He exited the restroom. A dead tree fell and hit him.

The employer denied workers’ compensation benefits, saying the injury resulted from an act of God and did not arise primarily out of the worker’s employment.

A lower court denied workers’ compensation benefits. It agreed that the injury did not arise out of and in the course and scope of his employment.

And it said the worker did not show the required causal connection between the work he did and the injury he sustained.

Workers’ Compensation for That?

The appeals court affirmed the decision that the worker was not entitled to workers’ compensation benefits.

The worker said the injury did not result from an act of God because the dead tree could have been cut down.

But the reviewing court decided that the lower court properly determined that the injury did not arise primarily out of the worker’s employment.

There was nothing overtly dangerous about the location of the portable restroom, it said. And the worker’s job as a painter did not place him at an increased risk of being hit by a falling dead tree. Instead, the general public faced the same risk, the court said.

The court affirmed the decision to deny benefits.

Key: To be eligible for workers’ compensation benefits, employees have to show their injury arose in the course and scope of their employment.

That line can get fuzzy. But where — as here — the injury results from a hazard that non-employees also face, benefits will likely be denied.