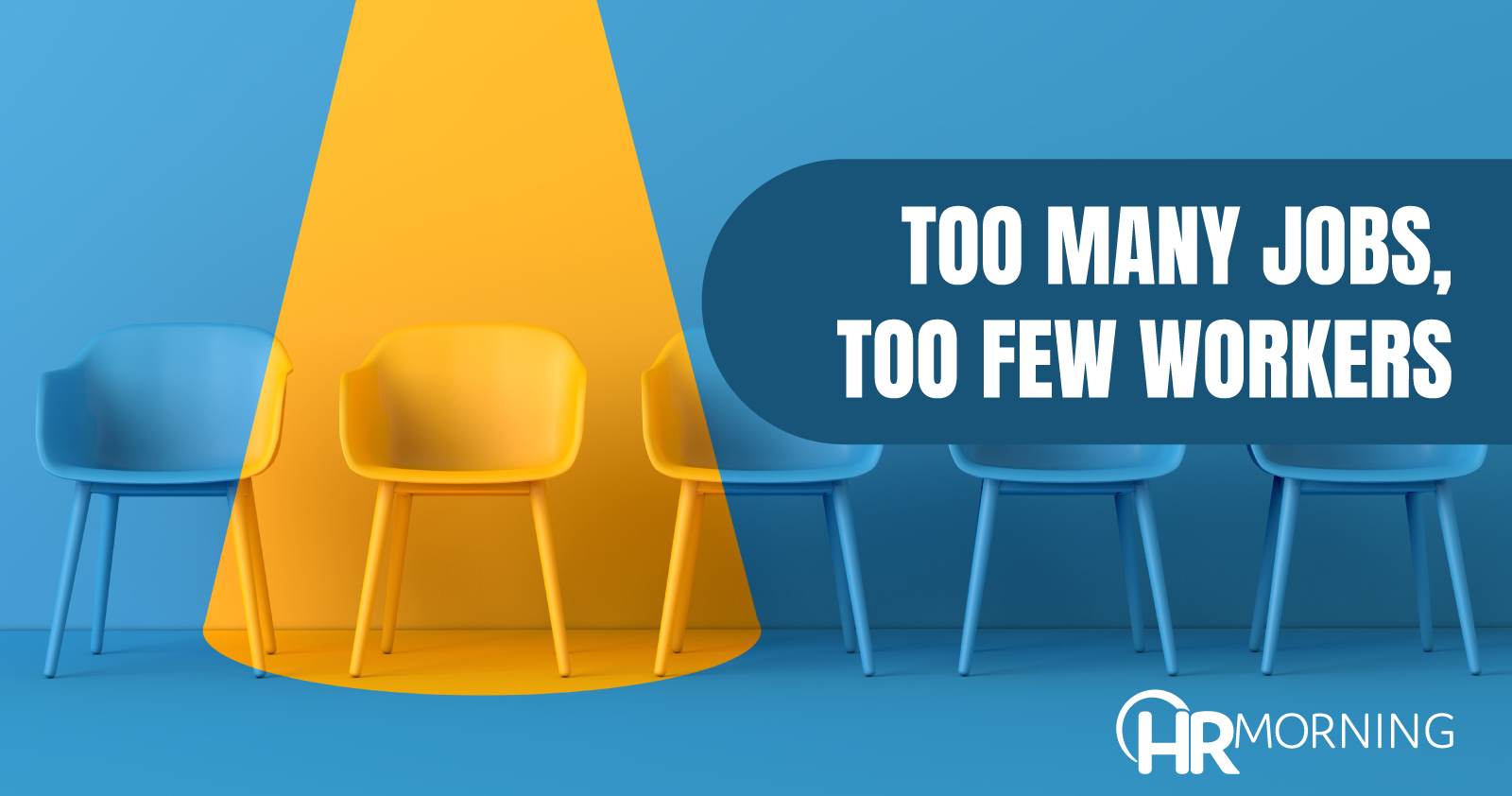 At a time when employers are already having difficulty hiring, a new analysis from the Bureau of Labor Statistics (BLS) shows this challenge won’t be ending anytime soon.

The BLS reported that the labor force participation rate is declining, on track to go from 61.7% in 2020 to a projected 60.4% in 2030. This is due in large part to Baby Boomers retiring and a decreasing birth rate, resulting in fewer people available to work.

This means there will be an even smaller talent pool to fill the already numerous open positions.

So with Baby Boomers retiring, are younger workers picking up the slack? According to the BLS, no. The number of young workers (age 16-24) has been declining the past few decades and is expected to continue to trend downward through 2030 as well, due to delayed entrance to the workforce.

With the job market bouncing back as the pandemic winds down, many employers think labor woes are over. The BLS predicts the U.S. will add almost 12 million jobs through 2030 — but only 8.9 million people are slated to newly enter the workforce by then, and the current labor pool will continue to decline. There simply won’t be enough workers to fill all these jobs.

Low-wage jobs (jobs that pay less than $32,000 a year) are the ones that will be the most difficult to fill, the BLS believes. This is because there will be about 7 million jobs that don’t require a college degree, and but only about 3 million unemployed people who don’t have degrees.

Jobs in leisure, retail and hospitality will be difficult to fill too, because many employees are looking for the ability to work remotely.