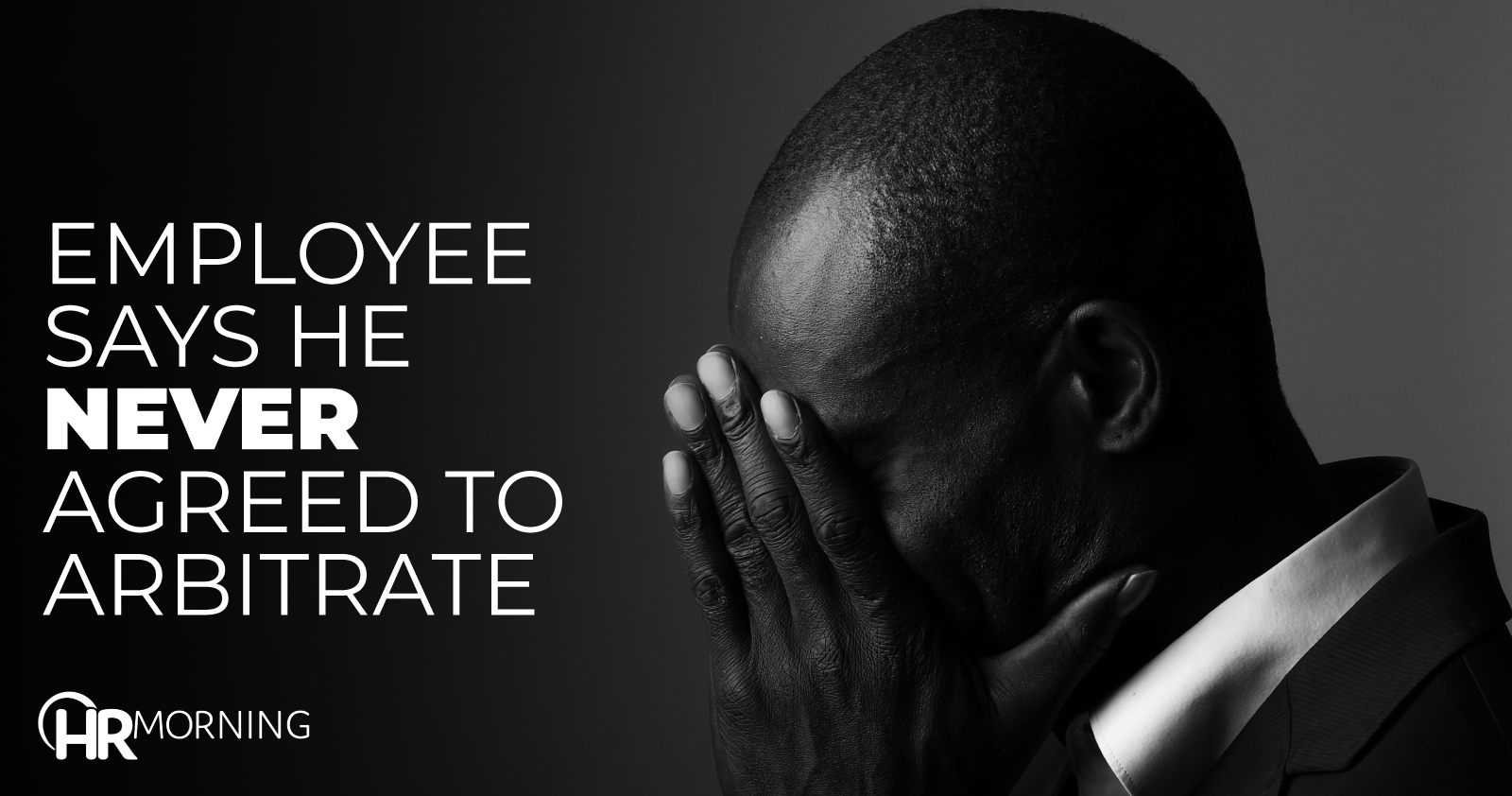 A fact issue existed as to whether an employee accepted an agreement to have any employment-related dispute resolved via arbitration. Therefore, a lower court wrongfully compelled arbitration of his race and age discrimination claims. That’s what a new ruling from the U.S. Court of Appeals for the Sixth Circuit says.

Timothy Boykin is a 73-year-old African American who worked as a manager at a Family Dollar store located in Michigan.

The store later talked to the customer. The customer demanded that Boykin be fired. The store fired Boykin a few weeks later. The operations manager who delivered the news to Boykin told him that he disagreed with the termination decision.

Boykin sued Family Dollar. He alleged that it fired him based on his age and race.

In response, Family Dollar filed a motion to compel arbitration and dismiss the suit.

HR Manager: ‘We Have Proof’

She added that employees must review and accept Family Dollar’s arbitration agreement. According to the manager, employees agree to arbitrate any future disputes by clicking “I ACCEPT” on the screen.

Family Dollar said it had a record of exactly when Boykin completed the online arbitration session.

Not surprisingly, Boykin took a different point of view. He swore under oath that he never consented to or acknowledged an arbitration agreement at any time. He said he had no recollection of taking any arbitration session and that no one ever told him that agreeing to arbitration was a condition of his employment. He also asked for his personnel file after he sued, and the file did not include any agreement to arbitrate disputes.

A lower court granted Family Dollar’s motion to compel arbitration, and it dismissed the suit. The lower court held that it was for an arbitrator to decide whether the parties had entered into an arbitration agreement.
Boykin appealed.

The Sixth Circuit appeals court issued a decision that reversed the lower court’s decision and remanded the case for additional proceedings.

The appeals court explained that under Section 3 of the Federal Arbitration Act, if a defendant seeks arbitration of any issue pending in an existing federal suit and the court is satisfied that the issue is referable to arbitration under a written agreement, then the court is to stay the action pending arbitration.

Here, Family Dollar forfeited reliance on this section and its remedy because it did not cite it or adequately request a stay, the appeals court said.
Section 4 of the state statute allows plaintiffs to file contract claims seeking specific performance of an arbitration contract, the appeals court continued. Under that section of the act, courts are to compel arbitration if the making of the agreement is not in issue.

Here, there was a factual dispute as to whether Boykin accepted and authorized an arbitration contract, the court said.

Boykin identified a genuine factual dispute as to whether he and Family Dollar made a contract to arbitrate, the court said.

He was entitled to conduct discovery and have a trial on that question, it ruled.

The lower court’s decision was reversed, and the case was remanded for further proceedings.