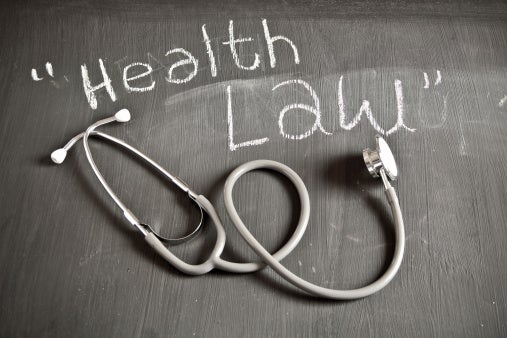 Employers that have managed to hang on to their grandfathered health plans for this long will want to pay close attention to the feds’ final regs on the subject.
The trifecta of federal agencies (DOL, HHS and IRS) just released the final rules on grandfathered plan status under the ACA — as well as pre-existing conditions, exclusions, lifetime and annual limits, rescissions, claims and appeals, and dependent coverage.
Despite the length of these final rules (104 pages), there aren’t any wholesale changes that are likely to cause employers to overhaul their current compliance strategy. However, there are some important clarifications and tweaks.

Here are some key highlights of the final regs:
One plan’s status change doesn’t change all benefits packages. While a plan’s grandfathered status is lost immediately when a prohibited plan change is made (even mid-year), that status loss applies separately to each different benefits package offered. In other words, the loss of grandfathered status for a PPO plan won’t impact the status of an HDHP option.
Multi-employer plan exemption. Under the final regs, new employers can join a multi-employer plan for the express purpose of taking advantage of the plan’s grandfathered status without violating anti-abuse rules.
Treatment option changes that eliminate substantially all benefits. Another move that can cost firms a grandfathered status: Eliminating the coverage of anything that’s needed to diagnose or treat a particular condition. The agencies see this as eliminating substantially all benefits for that condition.
Here’s an example: When the treatment of a mental condition requires both drugs and counseling, and the plan eliminates the counseling option, it will lose its grandfathered status in the process.
Generic alternatives. Employers can move brand-name drugs to a higher cost-sharing tier when a generic alternative becomes available without losing its grandfathered status.
A premium reimbursement option for small employers. Under the ACA, stand-alone HRAs — as well as FSAs not offered through a Section 125 plan — are still illegal, and employers can be hit with steep penalties for non-compliance.
However, firms with fewer than 20 employees — those exempt from having to offer coverage to Medicare-eligible employees — can now integrate premium reimbursement plans with Medicare Part B or D if they offer group health coverage to workers who aren’t Medicare eligible.
Dependent coverage and geographic areas. Under the health reform law, plans are required to extend coverage to dependents up to the age of 26 if they offer healthcare coverage to employees. However, certain HMO plans had required plan participants to live within a stated geographic area, a rule that caused some dependents to lose coverage when they went away to college. Under the final rules, if a plan eliminates the coverage of a dependent under the age of 26 because that dependent no longer lives within the plan’s stated geographic area, the plan will lose its grandfathered status.
One caveat: Plans may still impose residence, financial dependence or similar coverage requirements on dependents other than children (e.g., grandchildren).
Emergency Service billing. According to the feds, plans have been abusing out-of-network providers, a practice that has ultimately resulted in excess balance billing of patients. So in an effort to curb this abuse, the final rules require plans to pay out-of-network emergency services at least the greatest of:

External appeals’ fees. With one exception, plans can no longer condition external reviews on the payment of a filing fee. The exception: If the plan is located in a state that expressly permits nominal filing fees — those consistent with the 2004 NAIC model. In these cases, plans may charge a fee of up to $25 per appeal — with a $75 annual per-claimant limit — if the plan also refunds fees paid for successful appeals and waives fees that would cause a financial hardship on the claimant.